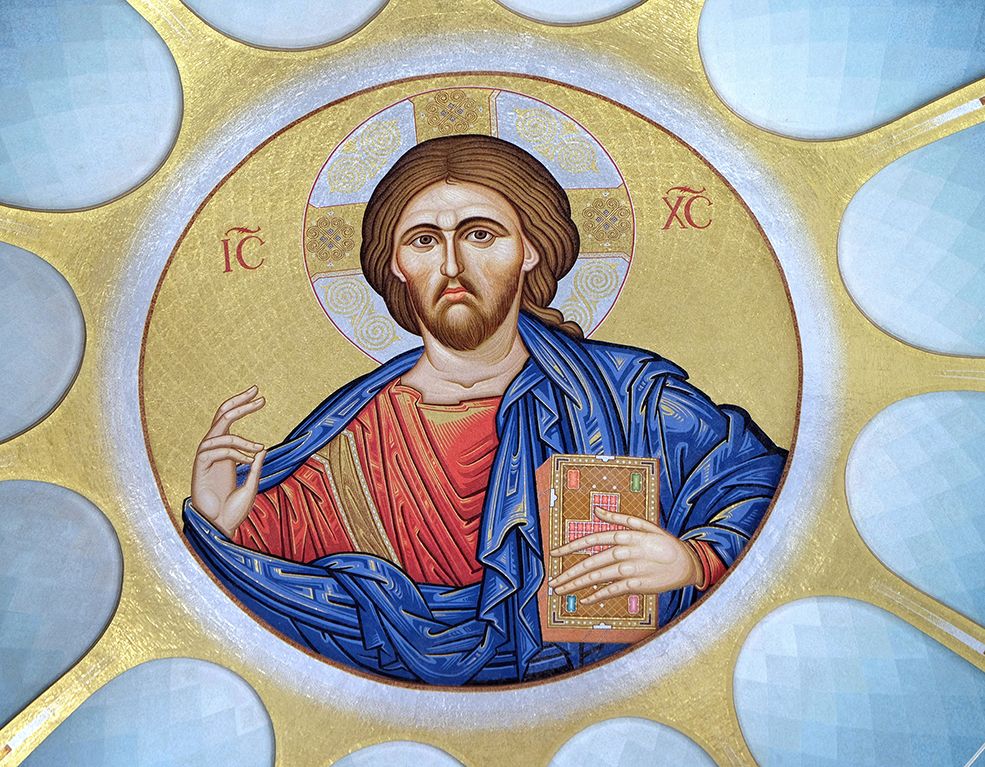 Incarnation As The Centre Of Humanity

“Easter would never have happened without the Incarnation,” someone told me. Indeed the birth, life, death, and resurrection of Christ all form the one seamless mystery of the Incarnation which took effect at the Annunciation.

Perhaps the most beautiful description of the Incarnation is given by St. Paul in his Letter to the Philippians (2: 6–11), a passage which Scripture scholars tell us is an ancient hymn from the early Church that St. Paul quotes. This description of the Incarnation is also called in Greek, kenosis, or self-emptying of Christ: that Christ did not cling to His equality with God, but emptied Himself to assume the condition of a servant and was humbler yet, even to accepting death on a cross.

The hymn echoes the very words that Christ Himself used to describe His mission: “Just so, the Son of Man did not come to be served, but to serve and to give His life as a ransom for many.” (Matthew 20: 28)  Scholars generally agree that other hymns from the early Church quoted in the New Testament take us to the heart of the prayer of the first Christian communities and, thus, also to their faith in the risen Lord and their understanding of the Incarnation.

Creation As Incarnation
In the early Christological hymns, a predominant theme is the centrality of Christ in the ongoing act of creation. It is the Father’s Word (or Logos) that calls creation forth from the chaos of infinite possibility–Christ, the Logos: “was in the beginning with God” and “all things came to be through Him.” (John 1: 2–3) and in Christ, the whole plan of creation is realized.

Through the power of the Holy Spirit, God in Christ freely commits God’s self to the whole process of creation from beginning to end. God does not lose His sovereign freedom (transcendent nature) and remains all-powerful overall, but expresses this in an enduring fidelity to creation (immanent nature) and so is in all things.

One author describes this as follows: God is ‘nowhere’, so that God can be ‘now here’. God does this by holding all things together in Christ; but, by also being ‘through’ all things, God in Christ can also bring about novelty and change so that higher and higher levels of synthesis emerge.

The Incarnation of Christ in human form is the pinnacle of a process that already began in the creation and will continue until the end. That is why we can talk about the new creation in Christ–Christ as the “firstborn from the dead” (Colossians  1: 18) ushers in the final stage of God’s plan to bring all things through death to new life.

When the final death of the universe occurs, this will be the consummation when “everything will be subjected to Christ” who, in turn, subjects Himself in love to the Father so that “God may be all in all.” (1 Corinthians  15: 28)

Redemption As Incarnation
Just as creation is an incarnation of God’s fidelity, so too, salvation history reflects the same movement of incarnate love. One of the readings selected for the Christmas liturgy is the ancient Christological hymn that is quoted at the beginning of the Letter to the Hebrews: “In times past, God spoke in partial and various ways to our ancestors through the prophets; in these days, He spoke to us through a Son, whom He made heir of all things and through whom He created the universe.” (Hebrews  1: 1–2)

The most fundamental structural element of the Jewish religion, which characterizes the core of its identity and life, is the covenant. God enters the world through His relationship with the Israelites and participates in their history by the covenant. This ‘entering into’ is an incarnation through treaty: a commitment from God to establish religion not by force, but by mutual agreement: “They will be my people, and I will be their God.” (Genesis  17: 7) This covenant is best described in the Old Testament as a relationship between parent and child (Jeremiah 3: 19) or between husband and wife. (Jeremiah 3: 19–22)

From this covenantal relationship flow the incarnations of God in God’s word, God’s action, and God’s presence. In God’s word, recorded in Scripture, God’s message is presented in human language with its limitations and imperfections, so one must discover the divine intention within.

The Christological hymns of the ancient Church show clearly that Christ is the fulfillment of this promise–the Incarnation of the new covenant. “And the Word became flesh and made His dwelling among us, and we saw His glory, the glory as of the Father’s only Son full of grace and truth.” (John  1: 14)

Sanctification As Incarnation
I mentioned earlier that we rightly appropriate the work of sanctification until the end of time to the Holy Spirit. Christ promised that we would not be left as orphans, but that He would send the Advocate, the “Spirit of truth” who would guide each of us “to all truth.” (John  16: 13)

Blaise Pascal once remarked pertinently that Christ would be in agony until the end of time. He meant that when we think about sanctification, we are struck by the fact that it is, at its core, the extension of the Incarnation until the second coming of Christ.

Through the power of the Holy Spirit, Christ’s redeeming life, death, and resurrection is made present to each believer in the here and now. This is what makes Christianity unique–that the promises made by Christ are forever made authentic and accessible to each who seeks them in the sincerity of heart and mind.

To the question I have heard many times about whether human beings are becoming progressively worse over time, my answer is that we are much more aware of the brokenness of life all around the globe because of social media today.

This blatant and cruel reality in theology is known quite simply as the universal need for redemption and sanctification. The post-modern challenge lies in that many people today do not have any integrated worldview or faith to make sense of this brokenness.

Search For Meaning
In his famous book, The Myth of Sisyphus (1955), the atheistic-existentialist Albert Camus likens all human search for meaning to the absurdity faced by the legendary Sisyphus who was punished by the gods for eternity to push a rock up a mountain that rolled down once it reached the top. So too, attempts to make sense of life in an unintelligible world devoid of any supreme being or eternal truth are doomed to failure.

There is a truth to this legend: if one sees the mountain as a metaphor for the deep existential concerns of the human condition, and the rock we carry as our human nature with its limitations. Then we are taking the same rock up the mountain.

However, the rock is only doomed to roll down if there is no honest answer to the quest for meaning in life. Furthermore, one would barely reach the top in the first place if the rock became progressively heavier through one’s sins as time went by.

What makes Christianity unique is the profession of the good news that the rock does not need to become progressively heavier. That is, through Christ, the Incarnation to every person of His forgiveness is made possible in the Holy Spirit. The sin against the Holy Spirit is to reject this divine offer of reconciliation. This incredible liberation from the weight of our sins is at the core of faith of the early Church.

Sanctification appropriates the forgiveness of Christ in every Christian’s life through His Cross, which is made incarnate to them by the Holy Spirit. In sanctification, the Christian rises to the new life of grace and freedom. Forgiveness is the healing that comes to us through the wounds of Christ. Death is then no longer seen as the meaningless collapse of pure immobility.

A “Golden-Mouth” for Today’s Economics

John’s eloquent and uncompromising preaching earned him the name Chrysostom–“golden mouth.” He supported the side of justice during periods of uprising, believed in solidarity with the poor, and…