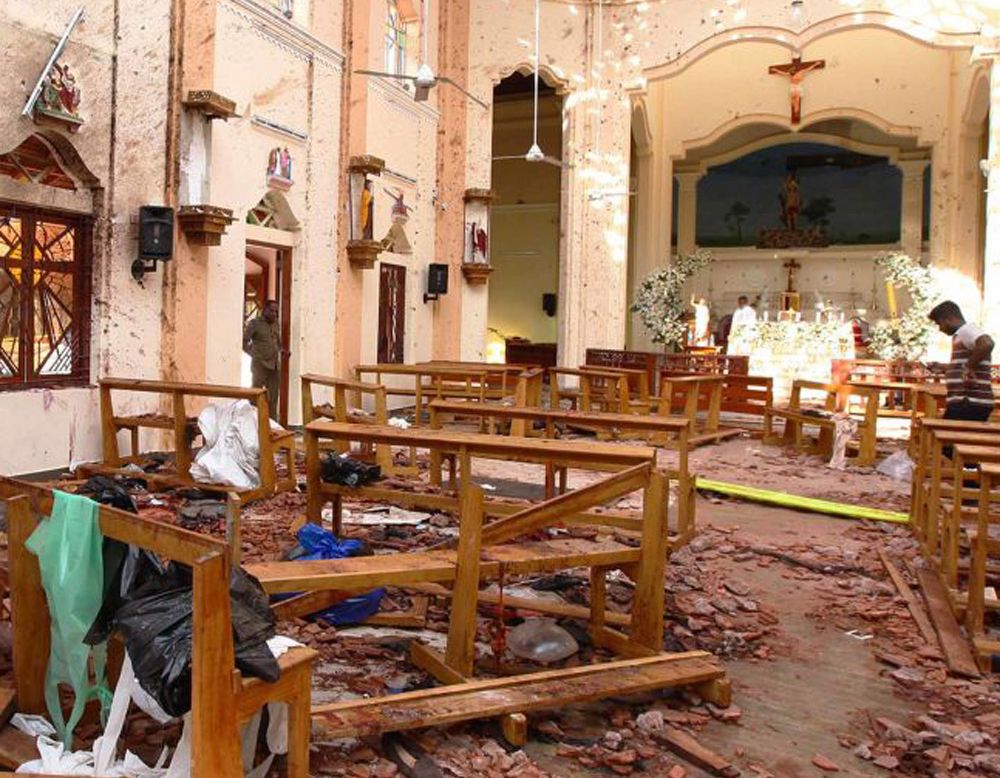 ‘Christianity is the world’s most persecuted religion’

Brutal forms of persecution are happening to Christians in many countries throughout much of the world. According to international reports, the great majority of all religiously motivated violence and oppression is suffered by Christians.

Imagine being at your parish church this Sunday celebrating the Eucharist. Just as your pastor finishes his homily, gunfire erupts from the back of the church. As you quickly turn around you see several armed men firing their weapons into the assembly. And with added horror, you see numerous fellow parishioners lying dead. Amid screams and cries, peoplerush toward the exits, running for their lives. Some escape, others are shot and killed. The assailants then proceed to burn the church to the ground.

May this never happen to you. But tragic scenes similar to this, as well as other brutal forms of persecution, are happening to fellow Christians in many countries throughout much of the world.

In the just released 2021 annual report “More Precious than Gold,” the international ecumenical organization Open Doors reports that over 360 million Christians live in areas where they are subject to high levels of discrimination and persecution.

The report further highlights that last year, 6,175 Christians were unjustly arrested or imprisoned, 3,829 followers of Christ were abducted for faith-related reasons, 5,110 churches or Christian buildings were attacked, and 5,898 fellow believers in Jesus were murdered for their faith.

The international Catholic assistance organization Aid to the Church in Need (ACN) states in its 2021“Religious Freedom in the World Report” that in the last two years, the human right of freedom of faith was not respected in 62 countries. And in 42 countries changing or renouncing one’s religious affiliation can bring on serious legal and social consequences – even death.

ACN reports that at least 75 percent of all religiously motivated violence and oppression is suffered my Christians.

The ACN report adds that authoritarian governments have also intensified religious persecution. In some Hindu and Buddhist majority countries in Asia persecution against religious minorities has increased.

Many places in Africareflect a worsening situation for Christians which is due most often to Islamist violence, says Fionn Shiner, press officer for ACN in the UK. (see: https://bit.ly/3RisBPf).

ACN, in their report “Persecuted and Forgotten” states that “Christianity is the world’s most persecuted religion.” Itcites that Islamist violence in Africa is a major cause of persecution. And it highlights that Nigeria is the sad country where most African Christians are killed (see: https://bit.ly/3Kw0KsI).

And regarding religious persecution in the West, Pope Francis has coined the phrase “polite persecution” to describe how new cultural norms clash with individuals’ right to freedom of conscience, attempting to limit religion “to the enclosed precincts of churches, synagogues or mosques.

Please contact your national and regional government representatives urging them to protect everyone’s right of freedom of faith.

And in the U.S. please regularly email and phone your two U.S. senators and congressperson (Capitol switchboard: 202-224-3121) urging them to pressure all countries engaged in hostilities toward Christians, other people of faith and minorities, to completely stop the persecution. And urge that far more aid to those suffering persecution be appropriated in the 2023 budget.

Additionally, please assist Aid to the Church in Need’s efforts to provide persecuted Christians with the financial help they need to survive (see: https://bit.ly/2vxeFsz).

And let us regularly in private and liturgical prayer remember those suffering for the Christian faith. These are our brothers and sisters in Christ. We cannot look the other way while they suffer.

Tony Magliano is an internationally syndicated Catholic social justice and peace columnist. He is available to speak at diocesan or parish gatherings. Tony can be reached at tmag6@comcast.net.

Rehabilitating rather than killing

Pope Francis At His Prophetic Best!

In his video message for the Fourth World Meeting of Popular Movements, the Holy Father insisted on the necessity to change the “structures of sin” present in our society. “Personal change is…