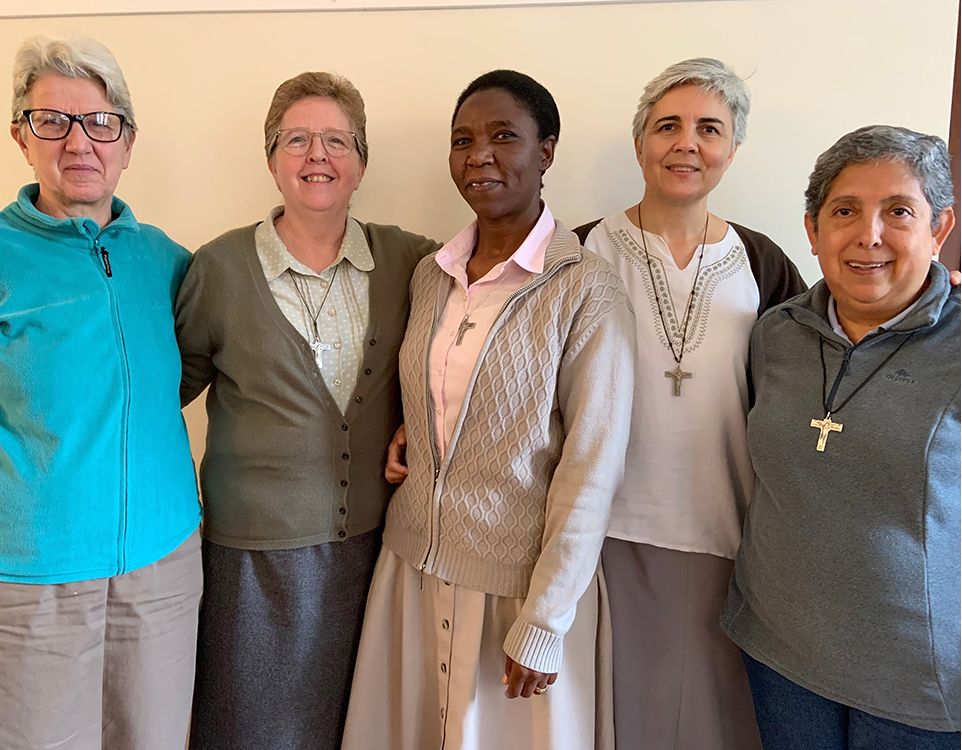 Sister Anne Marie Quigg (second from left, in picture) is the new Superior General of the Institute of the Comboni Missionary Sisters, founded in 1872, 150 years ago, by Saint Daniele Comboni.

She was elected during the General Chapter held during the month of October. Sister Anne Marie, 61, of Scottish origin, was a missionary in Egypt and the Middle East, where she worked in the field of education.