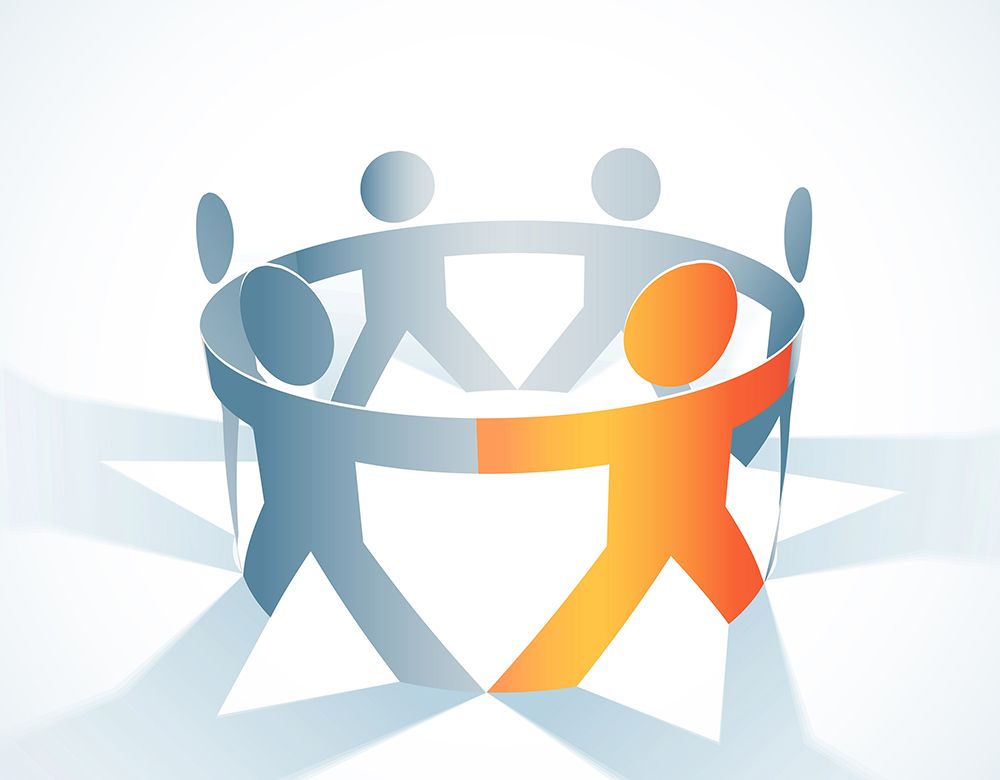 Foundations of a Fraternal Society

Dialogue, mass media, consensus, new culture, and peace are foundations upon which a fraternal society must be built on. The lack of any of these fundamentals undermines the possibility of a truly tolerant and brotherly humanity.

In this last article for the year 2022, we consider some of the important themes Pope Francis has dealt with in chapters six to eight which comprise the last part of the Encyclical Letter Fratelli Tutti.

The first theme is centered on Dialogue. In number 198, the Pontiff has written: “Approaching, speaking, listening, looking at, coming to know and understand one another, and to find common ground: all these things are summed up in the one word ‘dialogue.’  If we want to encounter and help one another, we have to dialogue.”

Our own experience tells us that dialogue is a must not only for society in general but also for families, communities, and different groups. A lack of dialogue in all sectors of society means a lack of that dynamism needed for growth and the promotion of the common good.

Pope Francis answers a question that we may ask: “What constitutes authentic dialogue?” In number 203, he says that first of all “it involves the ability to respect the other’s point of view and to admit that it may include legitimate convictions and concerns”.

Naturally, there must be an emotional clearance between the people involved in dialogue before they can safely enter into a peaceful discussion and a fruitful deliberation about plans, choices, and values. There must be also the conviction that nothing justifies a group of people becoming judges of another group. All need mutual openness and honesty, respect, and love.

The second theme is centered on Mass Media. In number 205, the pontiff has written: “In today’s globalized world, the media can help us to feel closer to one another creating a sense of unity of the human family which in turn can inspire solidarity and serious efforts to ensure a more dignified life for all… The internet, in particular, offers immense possibilities for encounter and solidarity”.

Naturally, Pope Francis makes us understand that all forms of communication must help all people in encountering others and in promoting the common good in truth and love. In the same number 205, there is a quotation of the Bishops of Australia who in November 2019 said that naturally “we cannot accept a digital world designed to exploit our weaknesses and bring out the worst in people”.

The third theme is Consensus based on objective truth. In number 211, Pope Francis stresses the importance of consensus, but he states that there are enduring and fundamental values that are above consensus. “They transcend our concrete situations and remain non-negotiable. Our understanding of their meaning and scope can increase–and in that respect, the consensus is a dynamic reality–but in themselves, they are held to be enduring by virtue of their inherent meaning.”

Some examples: The inalienable dignity of every human being nobody can feel authorized to act against, and human nature, created by God, which is the source of ethical principles wanted by God Himself.

The fourth theme is centered on The New Culture which is born when people come together through dialogue and consensus. When minds that are closed and hearts that are not welcoming come together, there is a clash of cultures and nothing new is born.

As a matter of fact, people are brought further apart. Through dialogue and consensus, the new emerging culture enables people to accept and live the principle of ‘unity in diversity and diversity in unity.’ Pope Francis presents the image of a polyhedron and in number 215 he says: “The image of a polyhedron can represent a society where differences coexist, complementing, enriching and reciprocally illuminating one another, even amid disagreements and reservations.”

At this point, the Pontiff stresses the importance of openness to all including those who live in the peripheries of society. In the same number, he says: “For they have another way of looking at things; they see aspects of reality that are invisible to the centers of power where weighty decisions are made.”

The fifth theme focuses on Peace. Pope Francis has said several times that, first of all, we need peace in the hearts of people. In fact, peace within is a necessary condition for peace throughout the world. Peace within leads to the joy of acknowledging others within the context of a covenant involving all people. In number 219, we read: “A realistic and inclusive social covenant must also be a ‘cultural covenant’, one that respects and acknowledges the different worldwide views, cultures, and lifestyles that coexist in society.”

Through the intercession of Mary, may the Lord give all people the grace of avoiding all kinds of violence, the willingness to forgive at all times, and the wisdom of moving on bridging all kinds of divisions which may arise along the way. We pray also that all religions may be at the service of fraternity in our world.

For a Better Kind of Politics

Even though the words politics and politician sound detestable to many people, we need sound politics to manage our societies. Pope Francis speaks of “political love” which is a kind of love that…

Bringing About an Open World

In the third chapter of Fratelli Tutti, Pope Francis invites all Christians and all people of goodwill to open their minds and hearts to God and, as a consequence, to love all brothers and sisters…