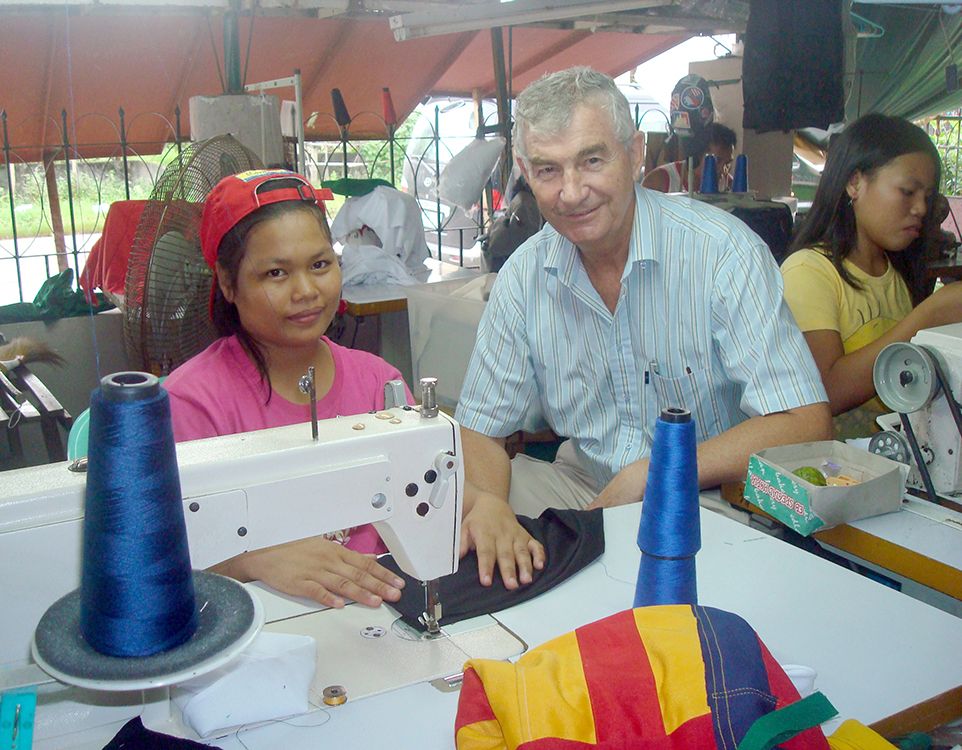 It is wonderful to see the happiness and freedom enjoyed by the many children that have recovered from the trauma of domestic sexual abuse. Freedom from fear and abuse is the result of the therapeutic healing program at the Preda Foundation home for abused children.

I share some of the success stories of recovery from domestic sexual abuse to encourage victim-survivors, parents, and defenders of child rights that healing is possible. They just have to speak out, seek help and protection, and find freedom and justice.  I have told this story in the past as it gives hope and encouragement that no matter what kind of abuse was done to a child, with proper care, therapy, and empowerment, the child victim-survivor can overcome and win out of their trauma in the end and find healing and justice.

Tessie had never known her biological parents until she was seven. When she was eight, her brother, Mar, then 14 years old, raped her one night and threatened her not to tell anyone or bad things would happen to her. She was terrified and remained silent, burying the secret, pain, and fear within her. Her trauma did not end there.

When she was 11 years of age, Rene, whom she called “Uncle Rene,” the brother of her sister’s husband, raped her in her bed in the dark of night. She was again threatened and remained silent, never daring to oppose the abusive adults, frightened that they might kill her if she told anyone.

Tessie was too scared to make a complaint although she was filled with anger and fear. Yet, she remembered every act of abuse and suffered in silence. Her family was against her.

Then the worst thing of all happened to her. At 12 years of age, her own biological father came at night and raped her aggressively. It didn’t end there. Her family held her as a sex slave and her older brother, Engel, came too and raped her when she was 15 years of age. He made threats of violence against her so she lived in constant fear and was traumatized. There was no way out for Tessie.

Princess, her older sister who had suffered and endured similar abuse from several family members, was silent and afraid to talk. She was sent to work outside and earn for her relatives as a domestic servant in the house of a middle-class family.

Princess was unable to contain her grief and pain any longer about what was being done to her and told the teenage daughter of her employer. That young woman had been attending Preda seminars on child rights and abuse and she knew what she had to do. She went to the municipal social worker and reported what Princess had told her. The truth was out and there was now hope for Tessie and her sister to get help.

The truth is what sets them free. The two sisters were referred by the municipal social worker to the Preda home for abused children and their healing and recovery began. Eventually, the two sisters filed their complaint before the prosecutor and it was elevated to court. We are awaiting the outcome of the judge’s decision. Will the abusers walk free or get a just punishment so that the sisters can get closure, healing, and justice?

One in five children aged between 12 and 17 was subjected to grave instances of online sexual abuse while using the internet in the Philippines in 2021, this study found. The lockdowns and pandemic added to the already existing problem.

The abuse of children is fueled by the uncontrolled, easy availability of the internet that does not install blocking software. This allows the transmission of online sexual abuse images of children. The likes of Facebook, Tiktok, and other platforms as well as the Telcos and internet service providers must be held accountable and have to be made to obey the law to protect children.

As part of the study conducted with the help of the Global Partnership to End Violence against Children, as many as 950 children were interviewed and they learned that one-fifth of that number were sexually harassed and abused online in one year. Children are also put on a sexual show for foreigners over the internet. Teenagers are groomed and lured to expose themselves online. This leads to blackmail and extortion of children.

The uncontrolled internet, a magnificent tool for communication, is gravely abused.  It is time to crack down, time to control the other media platforms that allow the ISPs to enable the flow of abusive material and implement the law.

As for Tessie and her sister, Princess, they are at school, living freely, unafraid but unable to return to the abusive family. They have to stand on their own with the help of Preda Foundation. They are on their way to independent living and are finding a new happier life.

The Attraction of the Gospel

Today’s evangelizing work of the Church is by attraction rather than by proselytizing. By appearing as people who live the joy and beauty of their faith, Christians will attract others to experience…