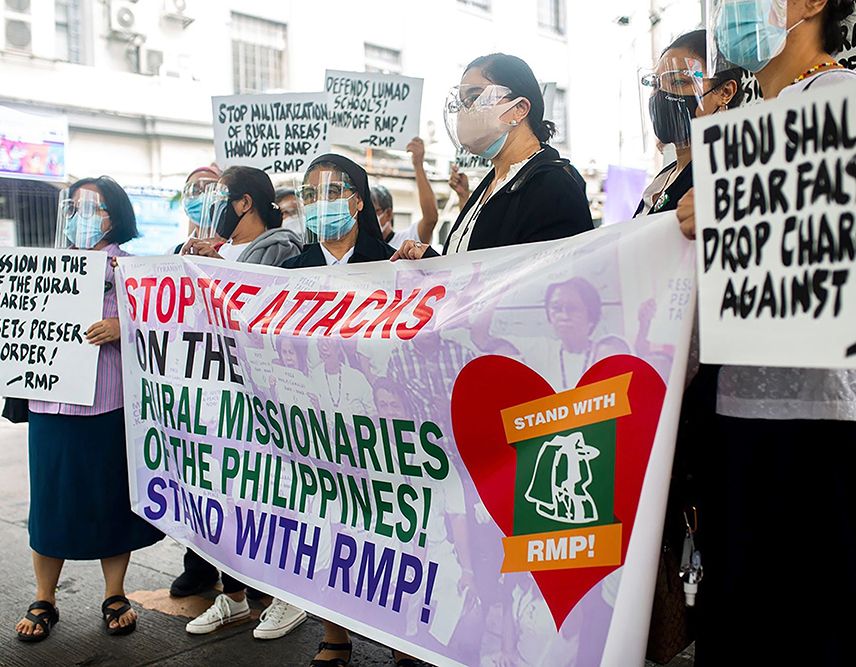 A collegial body of major religious superiors assured its support for the Rural Missionaries of the Philippines (RMP), accused of links with terrorist activities. The Conference of Major Superiors in the Philippines (CMSP) reaffirmed its commitment to RMP as its mission partner in helping the rural poor.

Sixteen people, including nuns, of the RMP are currently facing charges of financing terrorism and violating the country’s anti-terrorism law, an allegation they strongly denied. The accused are facing non-bailable offenses of allegedly donating and soliciting funds for the Communist Party of the Philippines and its armed wing, the New People’s Army.

The RMP, according to CMSP, has long been helping the rural poor, including landless peasants, small farmers, agricultural workers, and indigenous peoples.

At the start of the Italian bishops’ winter assembly, Cardinal Gualtiero Bassetti (in photo) who serves as president for the Italian Bishops’ Conference (CEI), outlined his vision for reconciliation…