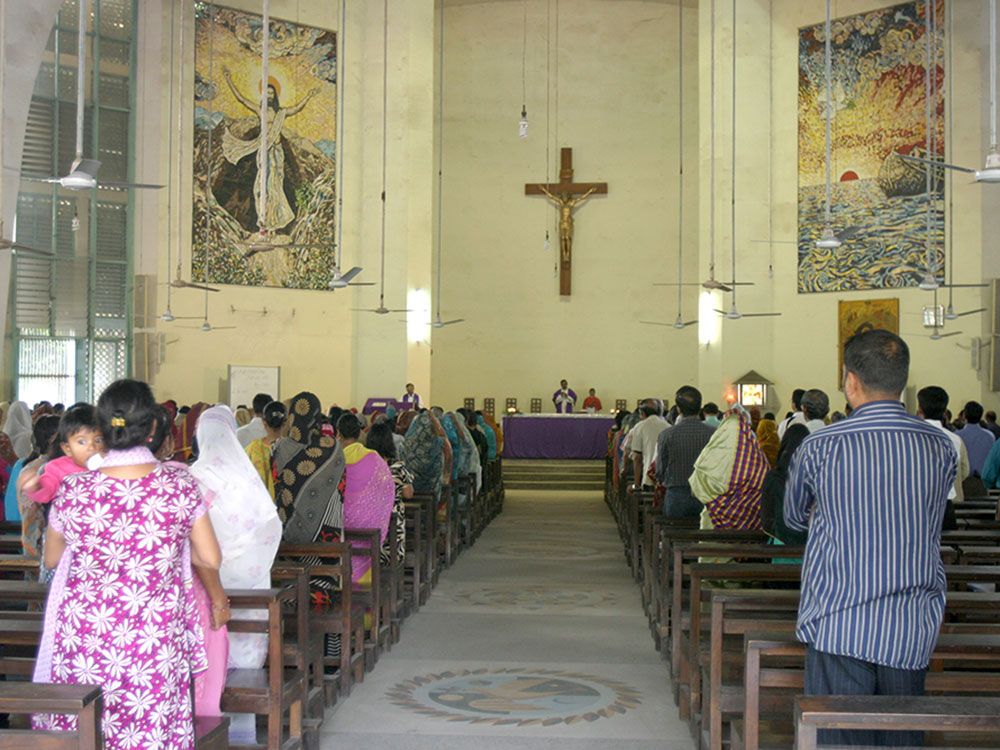 The priests were ordained by Msgr. Gervas Rozario, Bishop of Rajshahi, at the Bonpara Church in Natore, in the diocese of Rajshahi. An estimated 40 priests and about 500 faithful attended the ordination ceremony.

Fr. Emmanuel Kanon Rozario, Rector of the Major Seminary of the Holy Spirit (the only major seminary of the country), reports that “13 new consecrated priests will play an important role in our Catholic community.”

The priest reveals that, in recent years, Bangladesh has seen an increase in male vocations in contrast to Europe and the United States. “The seminaries are full of young people – he says with enthusiasm – and a growing number of young men approach the religious life.”

“Many priests,” he adds with satisfaction, “went abroad to do missionary work.” Msgr. Rozario confirms the increase in vocations and reports that two “Chinese bishops have asked me to send Bangladesh missionaries to China."

Bangladesh is a country with a Muslim majority. Christians are a tiny minority, about 0.6% of a total of over 160 million inhabitants. The largest community is Roman Catholic, with almost 600,000 faithful, a cardinal, more than 1,000 nuns and about 500 priests.

Pope Francis will make his apostolic journey to the Kingdom of Bahrain from November 3 to 6. The Bishop of Rome will visit the cities of Manama and Awali on the occasion of the Bahrain Forum for…