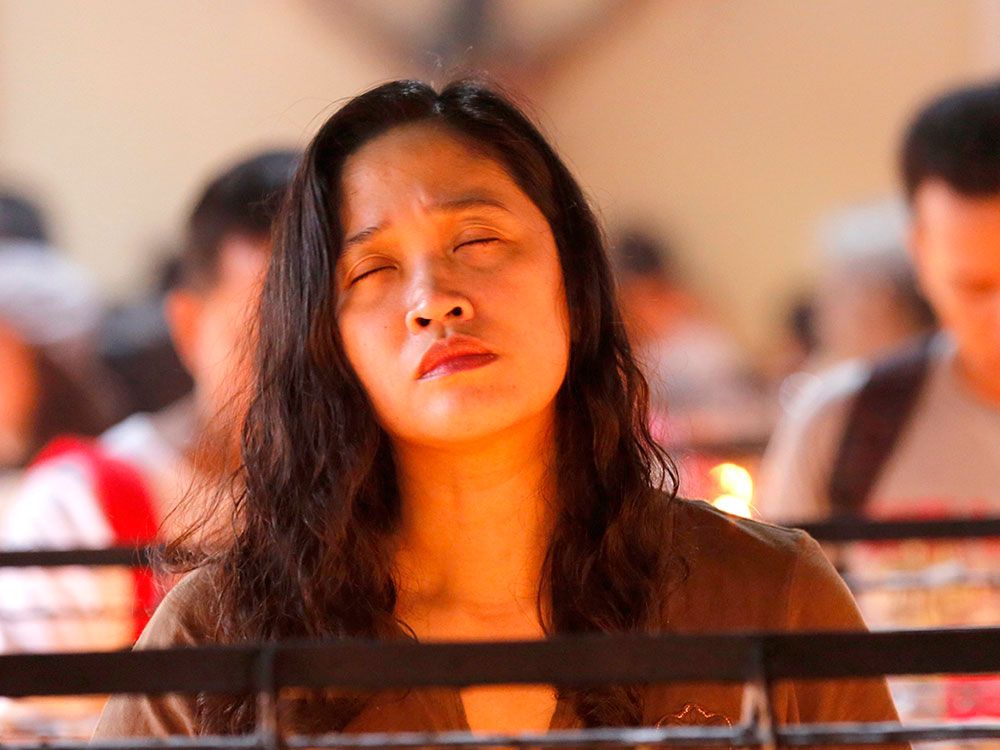 Prayer is a powerful resource in human life, yet many do not know how to practice it, even finding it burdensome and only turning to it as a last resort. A sincere longing of the heart for God lies at the origin of prayer that must be accompanied by daily perseverance and self-discipline.

"Prayer is not asking,” Mahatma Gandhi once said. “It is a longing of the soul. It is daily admission of one’s weakness. It is better, in prayer, to have a heart without words than words without a heart.” To which Søren Kierkegaard added: “The function of prayer is not to influence God, but rather to change the nature of the one who prays.”

Famous people believe in prayer. American President Abraham Lincoln admitted: “I have been driven many times upon my knees by the overwhelming conviction that I had nowhere else to go. My own wisdom and that of all about me seemed insufficient for that day.”

Saint Thomas Aquinas, a Dominican friar, pleaded: “Grant me, O Lord, my God, a mind to know You, a heart to seek You, wisdom to find You, conduct pleasing to You, faithful perseverance in waiting for You, and a hope of finally embracing You. Amen.” “For me, prayer is a surge of the heart; it is a simple look turned toward heaven, it is a cry of recognition and of love, embracing both trial and joy,” said St. Thérèse de Lisieux.

Jesus taught us how to pray.

Oftentimes, when there are gatherings, there is always someone asked to lead the prayer – before the program starts or before eating. But, in most instances, that someone being asked would say, “I don’t know how to pray.” Jesus Christ, when He was still on earth, taught us how to pray. God asked us to pray without ceasing. But there are some instances in which prayer seems to be a burden.

William Breault recalls the time he met a high school girl whom he described as “an intense, shy and intelligent sort of a person.” He asked her if she ever prayed to God other than with vocal prayer. “Oh, yes,” she answered embarrassingly. She looked down at her hands on her lap, then half sideways at him, and said: “Only, I don’t exactly pray to God, I write Him a letter, but I never address Him, except in the third person. I go into my room and write there. I guess you could call it a kind of prayer.”

Eight months later, Breault became very dry in prayer. He was like “a stone, completely without feeling.” Then, he picked up the girl’s idea of sitting down and writing God a letter telling Him just what was going through his mind. He told Him everything that he was having trouble with, etc. “And it worked,” he said.

Sometimes, it takes years before He will answer a prayer. That was what happened to the prayer of the Christian mother of E. Howard Cadle. By the time he was 12, Cadle was already emulating his father, an alcoholic. It would take just a matter of time before he would be in the grip of sex, gambling, and the crime syndicate.

“Always remember, son,” his worried mother often said, “that at eight o’clock every night I’ll be kneeling beside your bed, asking God to protect my precious boy.” But her prayers didn’t seem to slow him down until one evening, on a rampage, he pulled a gun on a man and squeezed the trigger. The weapon never fired and someone quickly knocked it away. Cadle noticed that it was exactly eight o’clock.

It came to pass that Cadle’s health deteriorated and the doctor told him he had only six months to live. Dragging himself home, penniless and pitiful, he collapsed in his mother’s arms saying, “Mother, I’ve broken your heart. I’d like to be saved, but I’ve sinned too much.”

The old woman opened her Bible and read Isaiah 1:18 which said: “Though your sins are like scarlet, they shall be as white as snow.” That windswept morning, on March 14, 1914, Cadle became a Christian.

There are instances that God answers prayers in mysterious ways. In L’Abri, Edith Schaeffer shared her own story. Once, while Francis and Edith Schaeffer returned from the United States to their Swiss home, young Franky grew ill and lost his ability to walk. The doctor diagnosed polio, and Edith devoted her waking hours to caring for him.

Francis was in Italy when Franky suffered another attack. The local doctor arrived, begging to inject the child with a virtually untested serum he had invented. “Please let me use it. Don’t deny the boy the possibility of help. He may never walk again otherwise,” the doctor said.

Edith, sick with panic, silently cried. “Oh Father, show me what is best. I’ll go with the doctor unless you stop me, God. I don’t know what else to do.” Meanwhile, the doctor paced the floor, saying, “Hurry, hurry… no time to lose.”

Jumping in the car, they raced to the small hospital. The ether mask was affixed over Franky’s screaming face, and the injection was given, with another scheduled for the morning.

Before the night was over, Edith again prayed hard. In the morning, the doctor walked in with the nurse and as she started to pull the cot towards the operation room, the doctor put his hand and said sharply, “Wait!” Then he gazed at Franky a few minutes and finally said: “I’ve changed my mind. We won’t do it.” The second injection was never given.

“Whatever that injection did, Franky did not have any paralysis, and the day came when he could sit up, then stand and, finally, walk,” Edith wrote. But why does God answer someone’s prayer negatively? There are several reasons. It maybe because what you are asking is bad for you. Or, He may have something much more than what you are asking from Him.

Perhaps this anecdote, shared by Donald T. Regan, can give you an idea:

There was a man whose business had fallen on hard times. He was a devout person, and had given generously to his church for many years. He figured that perhaps there were accounts received he hadn’t pursued. So he went to church and asked God to let him win the lottery. He waited, expectantly, but nothing happened.

In Love Finds You in Poetry, Janice Hanna wrote: “Really, there is only one sensible thing to do. Stay the course. Pray it through, day by day, minute by minute. The Lord has an answer and it will surely come.”

The Bible is a collection of writings inspired by God that carries His Word and authority. The divinely-inspired books reflect the journey of faith of a community that is called to transform the…