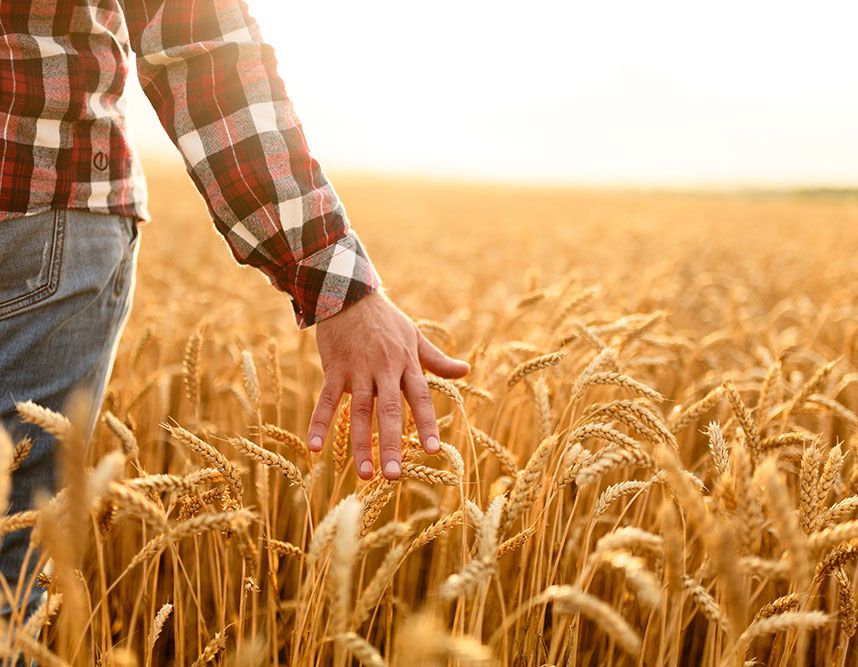 In recent years, organic farming has become a trend for healthier lifestyle. Although it has been practiced in the Philippines since time immemorial, it was not until 2010 that the government formalized the system by signing the Organic Act of 2010.

Through the Organic Act of 2010, the government has been mandated to “promote, propagate, develop further and implement the practice of organic agriculture in the Philippines that will cumulatively condition and enrich the fertility of the soil, increase farm productivity, reduce pollution and destruction of the environment, prevent the depletion of natural resources, further protect the health of farmers, consumers and the general public, and save on imported farm inputs.”

Most Filipino farmers are still wary of adopting the system but the Act paved the way for people to be aware of the benefits of chemical-free agricultural products especially among those who are health-conscious.

Organic Farming Families
In the Davao Region, there are already farmers who follow the organic methods of farming.  In Bansalan, Davao del Sur, there’s Benjamin R. Lao from barangay Eman, who has completely transformed his farm into a haven of organic products.

The farmer-scientist, as the Department of Science and Technology calls him, has managed to produce coconut sugar and coconut syrup under the brand “Donnabelle,” a combination of his two daughters’ name. Both are alternative sweeteners which are known for their lower glycemic index.

Today, the Lao Integrated Farms, Inc. (LIFI) is one of the country’s biggest exporters of coconut syrup to the United States.  He also exports coco sugar and coco syrup to Japan and the Netherlands.  He likewise ships coconut sap-based teriyaki sauce to Germany and Australia.

Aside from coconut-based products, he has also come up with other saleable foodstuffs like ice cream with goat’s milk and flavored with malunggay, turmeric, durian and soursop.  He also produces some teas from his coco sugar, which are mixed with natural extracts from malunggay, turmeric, lemon grass and mangosteen.

In 2011, the Department of Agriculture named him as Agri-Achiever on Organic Farming during the Gawad Saka Awards.

Aside from Lao, another organic farmer from Bansalan is the Espinosa family of Lower Mabuhay.  During the Regional Organic Agriculture Congress last year, they were recognized as the organic farming family. On their farm, chemicals are abhorred.

“I have a one-hectare farmland and all that we planted are pure organic,” Janilo Espinosa, the head of the family, was quoted as saying.  “All our animals were fed using organic-based feeds.”

Environment-friendly, natural, not using pesticides and other chemicals, sustainable, regenerative, and healthy – these are the words used to describe this method of farming which has recently captured the attention of many countries around the world.

Increase in Food Output
Researchers from the University of Michigan found that in developed countries, yields were almost equal on organic and conventional farms. And in developing countries, food production could double or triple using organic methods, according to Professor Ivette Perfecto in the university’s School of Natural Resources and Environment, and one of the study’s principal investigators.

He said that those who believed the world will go hungry if farming went organic is “ridiculous.”  In an article which appeared in People and the Planet, she explained: “Corporate interest in agriculture and the way agriculture research has been conducted in land grant institutions, with a lot of influence by the chemical companies and pesticide companies as well as fertilizer companies – all have been playing an important role in convincing the public that you need to have these inputs to produce food.”

The outcomes of their study seemed to jibe with the earlier findings of a British team, which reported in 1999 that organic farming could produce enough food to feed large populations.  In fact, the said study concluded that it could be viable even in developing countries “if the political climate is favorable.”

Farms could be economically viable on a much larger scale, even in developing countries with large populations, said Dr. Liz Stockdale, of the Institute of Arable Crop Research in England.

“In less developed countries where the conventional agricultural systems aren’t that intensive to start with, we can see that conventional systems and organic systems actually can match yields very closely,” she added.

Stumbling Blocks
Despite the benefits derived from organic agriculture, Filipino farmers are still not agog about it.  To find out, Lucille Elna Parreno-de Guzman conducted a study in selected towns in Laguna and in La Trinidad, Benguet, where farmers are adopting organic agriculture. The researcher found four reasons:

For one, organic agriculture is “knowledge-intensive.”  There are so many options available and it’s up to the farmers to select which suit best to their farms.  After training, “constant monitoring and assistance are still needed to ensure farmers’ continuous practice and compliance to organic agriculture standards,” Parreno-de Guzman wrote.

Vermicomposting – the process of using earthworms to turn organic waste into vermicompost – is the main fertilizer production technology promoted in organic agriculture.  But doing so entails high capital as it requires construction of vermi beds and the use of a shredder to cut the materials for composting.  “These expenses are beyond the reach of small farmers,” Parreno-de Guzman wrote.

But the real reason why most farmers won’t adopt the technology is the low production during the conversion period.  The low harvest is due to the use of organic fertilizer.  “The NPK (nitrogen, phosphorus and potassium) in chemical fertilizers is easily available for plant uptake unlike organic fertilizers which are slow in releasing nutrients,” wrote Parreno-de Guzman.

Aside from those four reasons, the high cost of organic certification has also been cited as a stumbling block.  Section 17 of RA 10068 stated: “Only third-party certification is allowed (for agriculture produce) to be labeled as organically produced.”

The researcher considered that statement as a limiting factor in organic agriculture implementation.  In addition, the cost of certification – ranging from P42,000 to P150,000 – is another limiting factor.

Pastora Mira Garcia is best-known in Colombia for her example of forgiveness in the face of hatred and violence. In September 2017, when Pope Francis visited the country, Pastora was chosen to narrate…