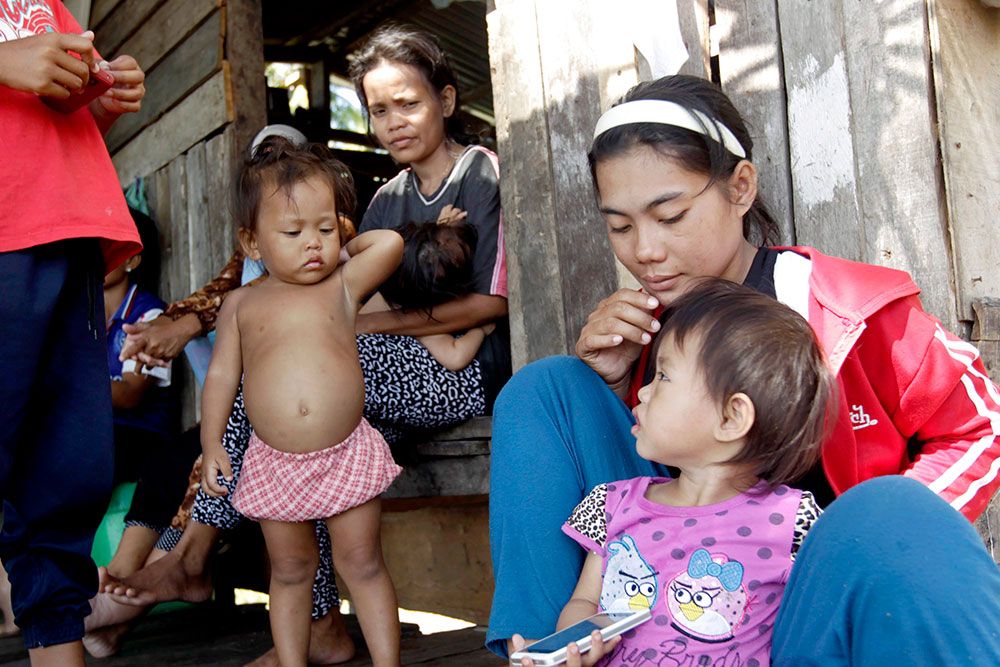 Nearly one billion people have come out from poverty in the last twenty-five years, thanks to political leadership, inclusive economic development and international cooperation. Yet today, more than 800 million people live in extreme poverty in the world. Many live in conflict and crisis situations, suffering from unemployment, insecurity, inequality and the consequences of climate change. They encounter barriers to access health, education and employment opportunities, which prevent their benefiting from broader economic development. Women are disproportionately affected by these circumstances.

The 2015-2030 Sustainable Development Goals envisage eradicating poverty in all its forms and dimensions, which “is still one of the biggest global challenges and a priority of the United Nations,” concedes the UN Secretary General, who recalls that “ending poverty is not a matter of charity, but of justice,” as there is a fundamental connection between eradicating extreme poverty and upholding the equal rights of all people.

António Guterres advocates “a fair globalization with opportunities for all people, which guarantees rapid technological development and boosts efforts to eradicate poverty.” The challenge is to secure a healthier planet and build peaceful and inclusive societies to ensure decent lives for all.

The promise of the United Nations is to leave no one behind, which requires partnerships and innovative solutions to address the root causes of poverty so that it can be completely eradicated.

Distant Goal
The share of the world’s population living in extreme poverty fell from 36% in 1990 to 10% in 2015, but the rate of reduction has slowed down. “Poverty is more widespread and rooted, underlining the importance of investing in the population,” says Jim Kim, former president of the World Bank.

In the Poverty and Shared Prosperity 2018 report, the World Bank goes beyond monetary poverty to understand how access to sanitary and treated water, education and electricity affects family well-being. The worst affected by poverty are often women and children.

Church’s Viewpoint
From the Holy See’s perspective, eliminating poverty by 2030 is a distant goal, as the global economy continues to grow, but social and economic inequalities are still present between and within countries. “In the last three decades, we have seen a significant reduction in global poverty, especially extreme poverty. Almost half of the countries today have a poverty rate of less than 3%, a truly remarkable result”, says Philippine Archbishop Bernardito Auza, former permanent observer of the Holy See at the United Nations. “On the one hand, the global poverty rate is lower than ever; on the other, eradicating poverty in all its forms and everywhere, by 2030, remains a distant goal,” said the Archbishop.

In fact, the gap between rich and poor continues to widen and income inequality remains a socioeconomic challenge of our time. Poverty and inequality are often reduced to a question of economic development, an approach that provides only a partial solution to a multidimensional problem.

“Such inadequate responses encourage the growth of injustice, social inequality and marginalization, especially for the most vulnerable, who are always the first to be left behind,” warns the Holy See. Poverty persists because the growth of the global economy is not inclusive.

Provision Of Basic Services
The current development model has generated prosperity for hundreds of millions of people, but it has come at the expense of natural resources and growing inequality that undermines global growth. “It is still possible to achieve human well-being and eradicate poverty on earth, whose population is expected to reach 8.5 billion by 2030. This will only happen if there is a fundamental and urgent change in the relationship between people and nature,” says the United Nations Department of Economic and Social Affairs (UNDESA).

The Future Is Now report highlights the need for a plan to reduce global instability. “The strategy of boosting economies through increased consumption is depleting the planet’s resources and creating toxic by-products,” says the UNDESA document.

At the current rate of global consumption, resource use is expected to nearly double between 2017 and 2060, resulting in increased levels of greenhouse gas emissions and other toxic effects of resource extraction.

“Practices must change in order to prevent further losses in social cohesion and sustainable economic growth, reducing biodiversity losses and saving a world near the edge of the global climate system,” warns the UN Department of Economic and Social Affairs.

For this to happen, all sectors must come together in coordinated actions. Increasing investment in science for sustainability is a key approach, as is recognizing that achieving the Sustainable Development Goals requires that economic growth be separated from environmental degradation while reducing inequalities.

According to The Future Is Now report, there are points of intervention that can accelerate progress towards the goal of eradicating poverty in all its forms, everywhere, over the next ten years. One is the “provision of basic services, which must be universally available - health, education, water and sanitation infrastructure, housing and social protection,” as a prerequisite for a decent life for all.

At the breaking of the bread

The breaking of bread in the Eucharist is perceived by some as a mere ritual or symbol to emphasize the humanity of Jesus – His brokenness – as witnessed during His Passion and Death. But this simple…

The Bible is a collection of writings inspired by God that carries His Word and authority. The divinely-inspired books reflect the journey of faith of a community that is called to transform the…