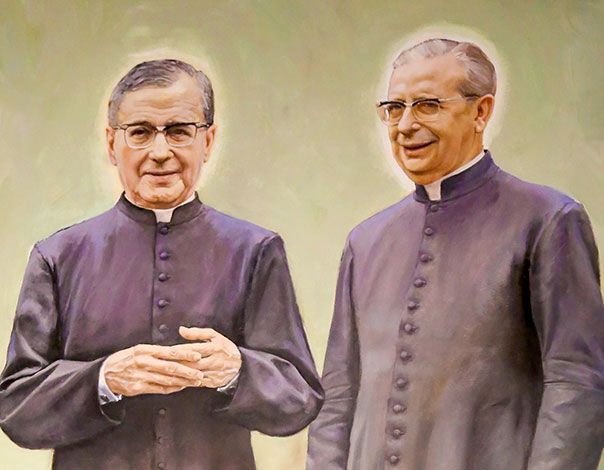 Opus Dei does not have monks or nuns, and only a minority of its members are priests. Opus Dei emphasizes uniting spiritual life with professional, social, and family life. Members of Opus Dei lead ordinary lives, with traditional families and secular careers, and strive to “sanctify ordinary life.” Indeed, Pope John Paul II called Fr. Josemaría Escrivá de Balaguer, its founder, “the saint of ordinary life.”

The amazing work of a genius is its organization. Opus Dei is a huge formation machine which comprises about 100,000 members in more than 90 countries. Its members are divided into two main categories with the uninspiring names of “Supernumeraries” and “Numeraries.”

“Supernumeraries,” the largest type, currently account for about 70% of the total membership. Typically, “supernumeraries” are married men and women with careers. They devote a portion of their day to prayer, in addition to attending regular meetings and taking part in formation activities such as retreats.

“Numeraries” comprise about 20% of total membership. “Numeraries” are celibate members who give themselves in full availability for the official undertakings of the Prelature. They may be living in community but most of them keep their jobs or professions in the world. Among them are the more than two thousand member priests.

Spanish Civil War
Opus Dei was founded by a Catholic priest, Josemaría Escrivá de Balaguer, in 1928 in Madrid, Spain. He gave the organization the name Opus Dei, which in Latin means “Work of God,” in order to underscore the belief that the organization was not his work, but was rather God’s work.

The spreading of Fr. Escrivá’s group was contemporary to the turmoil of the Spanish Civil War that obliged Fr. Josemaría to flee from Spain while priests and religious were forced to go into hiding to escape the atrocities of the Communists. After the war, the Opus Dei flourished in Spain and started to be known outside.

In 1939, Escrivá published The Way, a collection of 999 maxims concerning spirituality for people involved in secular affairs. The little book was translated into all possible languages and millions of copies have been printed. It can be compared to Ignatius’ Spiritual Exercises.

In 1947, Escrivá moved his headquarters to Rome, and he stayed there until his death in 1975, busy with monitoring the diffusion of his organization throughout the world. In this he also resembles Saint Ignatius, who also spent the last thirty years of his life in Rome honing the Jesuit Constitutions and following his children in the world through correspondence.

Although praised by popes, it was only in 1982 that Opus Dei received its final approval by Pope John Paul II as a personal Prelature (a diocese only of people, without territory). Escrivá was canonized on October 2, 2002.

Invincible Prejudice
Much of the controversial attitude raised in the public by the success of the Opus Dei reminds us of the same feeling that the Jesuits have aroused in some people throughout history to the point that, if you look in the dictionary, the adjective “Jesuitical” is described as “involving deception and dishonesty.”

Everything goes back to an almost invincible prejudice: in the popular mentality religious people are expected to be simple, harmless do-gooders, even a bit stupid. The fact that Jesuits and members of the Opus Dei, for that matter, are well-educated, clever, cunning people who mostly come from a rich background, are seen with suspicion and animosity.

The Tale Of Two Movies
All the bad press the Opus Dei had received along the years came to a head in the movie “The Da Vinci Code” (2006) by Ron Howard with actor Tom Hanks. In that movie the vicious assassin is a member of the Opus Dei. Ironically, the film was a blessing in disguise for the Escrivá organization, as a free propaganda.

Then, in 2011, the powerful Opus Dei decided to produce a movie about the life of Fr. Escrivá. They recruited Ronald Joffe, the famous director of “The Killing Fields” and “Mission” and endowed him with a lavish budget. The movie titled “There will be Dragons,” was a complete flop when it came out. So much for our human judgment: a lesson in humility!

The individual communities of Opus Dei are responsible for an immense variety of social and educational initiatives throughout the world: schools and university residences, technical or agricultural training centers, universities, business schools and hospitals. Fr. Josemaría is a saint, Alvaro del Portillo a blessed. There are other members from all walks of life whose process of beatification has been opened. They are witnesses to the goodness of the Opus Dei.

Lessons from the Vulnerable

On May 6, 2019 Jean Vanier, great modern prophet, died. A naval officer and then theology professor, he left everything to live with the handicapped. He is the founder of L’Arche (Noah’s Ark), the…