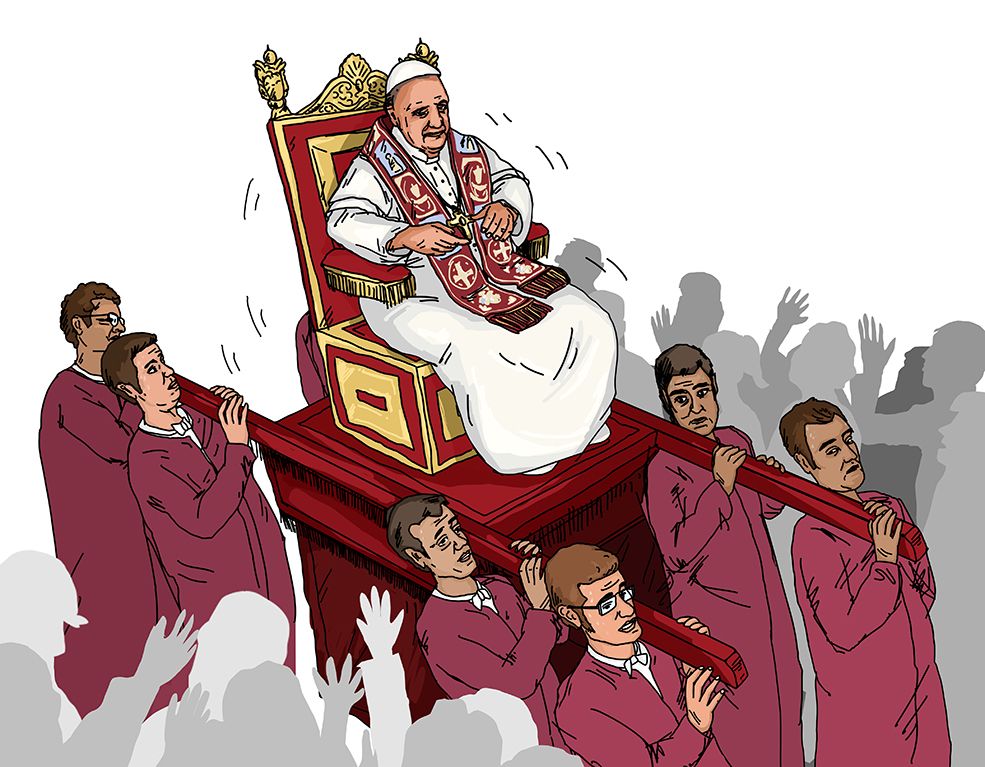 His most famous joke came when a journalist innocently asked him: “Your Holiness, how many people work in the Vatican?” John paused, thought it over, and said: “About half of them.”

His humor, together with his simplicity, humility, and joy, were defining traits of his character. That, for some, masked his deep intellect and his many skills, such as the fact that he was a highly experienced diplomat.

In his career, he was, among other posts, the Apostolic Nuncio in France during the troubled 1940s. Once, a guest at a dinner banquet asked Monsignor Roncalli the unavoidable prudish question: “Are you not embarrassed when there are women present who wear such low-necked dresses?” He replied: “When there’s a woman with a plunging neckline, the guests don’t look at her. They look at the Apostolic Nuncio to see how he’s taking it.”

Just after his election, he was being carried in the gestatorial chair, the mobile papal chair used in processions, which was distasteful to Pope John XXIII. He said that it was uncomfortable and made him dizzy; he compared it to a rocking-horse, and also pitied the poor men who had to carry it. One day, he overheard some Italian women speaking of his appearance and that he was old, obese, and homely. Pope John turned and benignly observed: “You must remember that being Pope is not exactly a beauty contest.”

Once, Pope John XXIII was in a Roman hospital called the Hospital of the Holy Spirit. Shortly after entering, he was introduced to the Sister who ran the hospital. “Holy Father”, she exclaimed, “I am the superior of the Holy Spirit.” “Well, I must say, you’re lucky”, said the Pope, delighted. “I’m only the Vicar of Christ!”

For his openness, his generosity, his warmth, and his humor, “Good Pope John” was loved by many. When he died, a friend of mine was in a cab in Rome, driven by a Jewish cab driver. “He was our Pope, too,” he said.