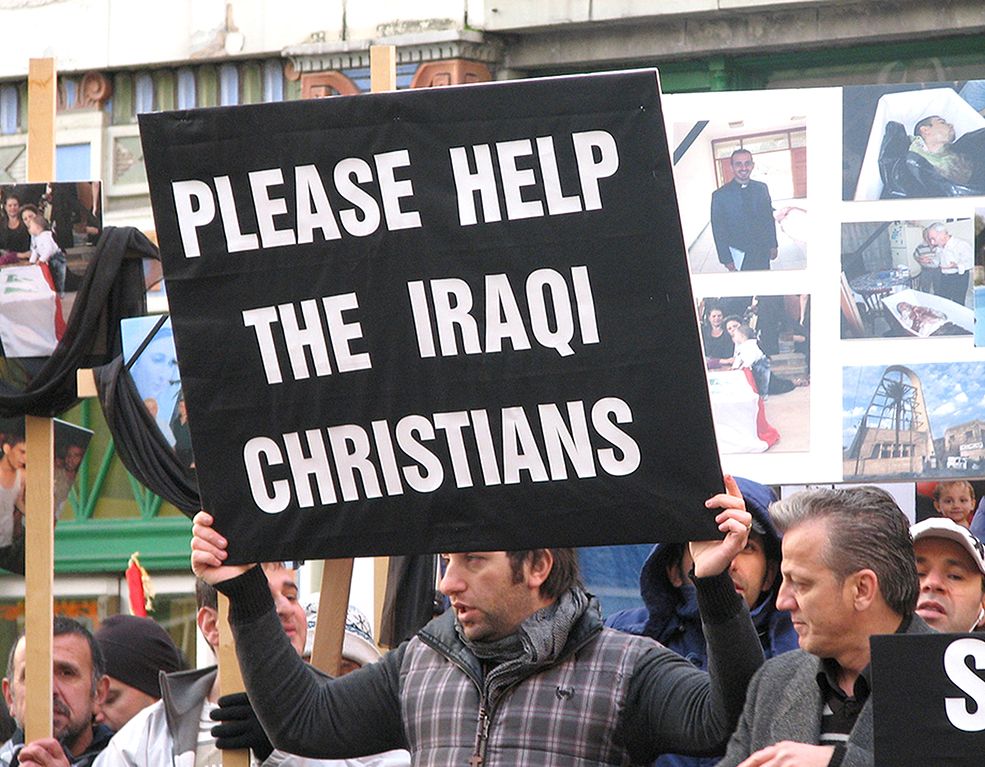 The report, Life after ISIS: New Challenges for Christianity in Iraq (June 2020), is based on a survey of Christians in the liberated Nineveh Plains. With anticipated emigration, ACN says the region’s Christian population could plummet to 23,000 within four years.

That is a reduction of 80% from the months before the 2014 Islamic State invasion and would move the Christian community from the category of “vulnerable” to the critical category of “endangered with extinction,” the report states.

“The international community must take immediate and decisive action to tackle the problems which are threatening the continuing Christian presence in Iraq,” said Edward Clancy, director of outreach for Aid to the Church in Need-USA. “It is more important than ever that world leaders work together to prevent Christian numbers falling further in Iraq.”

ACN’s survey indicates that security and political reasons remain the primary driver of emigration. According to the report, 87% of the Christians feel “unsafe or absolutely unsafe,” and 67% believe it is likely or very likely that Islamic State or a similar group will return in the next five years. Of those wishing to emigrate, 69% cite political and security reasons as the primary reason.

In the Nineveh Plains, 93% of Christians characterized the economy as bad or very bad. “The primary driver of the poor economy is the state of Iraq as a whole, which is burdened by sanctions, poor security, extreme corruption, and an unpredictable political system,” the report states.

In the summer of 2014, more than 100,000 Christians were uprooted from their homes by ISIS, fleeing to the Kurdistan region in northern Iraq. By 2019, the number of returned displaced Christians was 36,000.

In its report, ACN suggests non-governmental organizations, churches and governments seeking to improve the condition of Christians in Iraq, should emphasize advocacy leading to the restoration of security in the Nineveh Plains. Foreign governments should exert pressure on the governments in Baghdad and Irbil, the report says.

Although the Islamic State has been defeated, “Christians remain subject to threats, extortion, and intimidation,” the report says. “These include the threats associated with ISIS, Iran-backed militias, and the heightened risk of a regional war between the U.S. and Iran, which could play out on Iraqi soil.”

ACN says its surveys “continue to reveal the Iraqi Christians have a resilience not only to survive but, given more favorable conditions, to emerge from the margins to serve as an important instrument in the rebuilding of a peaceful, pluralistic and healthy society.”  Published in Catholic News Service

For over 40 years, Dr. Steven Muncy has dedicated his life to serve displaced and persecuted people. As one of the recipients of the 2021 Ramon Magsaysay Award, he is being recognized for his…

The Gospel along the River

Comboni missionaries have been present among the Ashaninka and Nomatsiguengas indigenous peoples in Central Selva, Peru. Fr. Randy Recalde, a Filipino missionary, says that the presence of powerful…