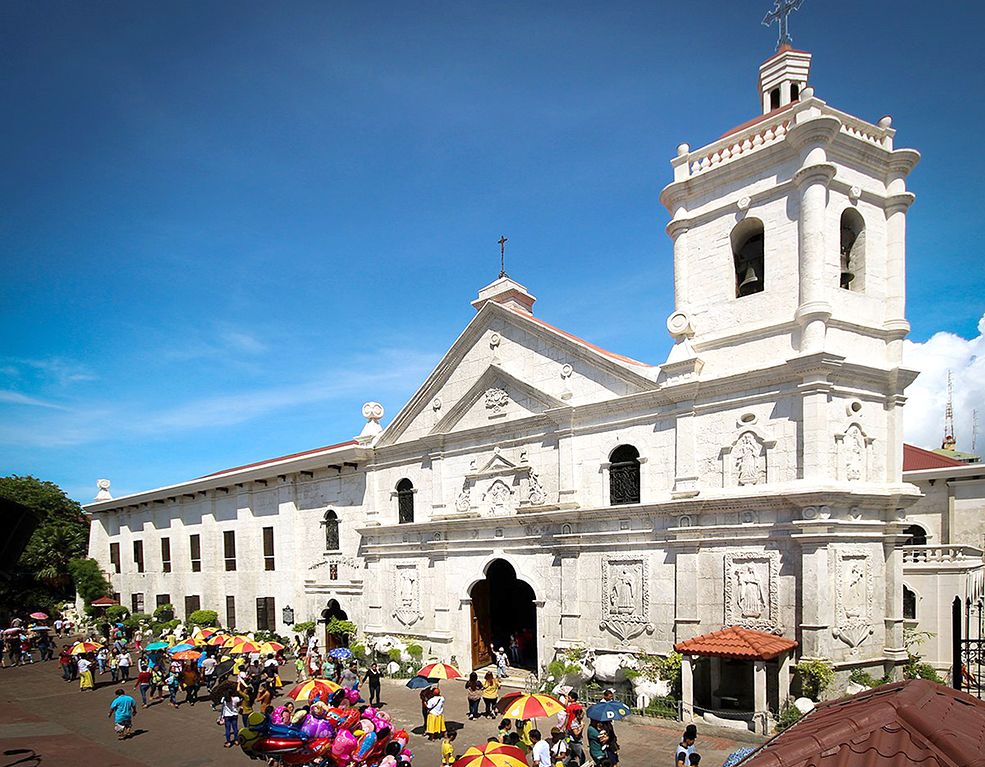 King Philip of Spain entrusted the great enterprise of the evangelization of the Philippines to the most famous groups of men that had embodied the Christian faith in its radical demands and its missionary drive in other parts of the newly discovered world.

Responsible for the spreading of the Gospel are five Religious Orders which arrived in the country in different waves in the span of forty years, from 1565 to 1606: Augustinians, Franciscans, Jesuits, Dominicans, and Recollects.

The first evangelists to arrive in the Philippines were the Augustinians in August 1565: Fray Andres de Urdaneta and four others. Later more religious came to reinforce the first group. The Augustinians landed in Cebu then moved to Manila, Negros, Panay, the Tagalog Region, Pampanga, and the coastal area of Ilocos Region.

An Outstanding Personality
It is providential that the first messengers of the Gospel in the Philippines had an outstanding and exemplary personality like Fray Andres de Urdaneta, OSA, as their leader. He was a Spanish Basque explorer who later in life became an Augustinian friar.

The young Urdaneta was the survivor of the Loaisa expedition which circumnavigated the globe after Magellan. Wearied by his many adventures, he later returned to New Spain (Mexico) and there entered the Order of Hermits of St. Augustine.

Urdaneta was considered a great navigator who was fitted for cruising the vast oceans. The king of Spain, Philip II, wanted to give him the command of the expedition to the Philippines. Urdaneta agreed to accompany the expedition but refused to take command.

Don Miguel López de Legazpi was appointed as Commander. The expedition, composed of the Capitana, which carried on board Legazpi and Urdaneta, and other four ships set sail in November 1564.

Urdaneta founded the first churches in the Philippines, St.Vitales and the Basilica of Santo Niño; he served as the first prelate of the Church in Cebu. He was considered the “protector of the Indians” for his treatment of the Filipino natives and their defense against the other Spanish colonizers with the king of Spain.

The Return Route: “Tornaviaje”
After spending some time in the islands, Legazpi determined to remain and sent Urdaneta back to find a better return route and to obtain help from New Spain for the Philippine colony. The return trip from the Philippines to Mexico in 1565 proved to be a milestone in navigational history.

Fray Urdaneta’s ship reached the port of Acapulco, having traveled 12,000 miles in 130 days. Fourteen of the crew had died; only Urdaneta and Felipe de Salcedo had strength enough to cast the anchors. For the following two centuries, Spanish galleons used “Urdaneta’s route” which was called “tornaviaje.”

In the Philippines, the City of Urdaneta in Pangasinan was named after him. The same city is the seat of one of the biggest Catholic dioceses in the country.

The Augustinians were followed by the Franciscans who touched the archipelago in 1577. The contingent was made up of Fray Pedro de Alfaro and 17 others, including 13 priests. They then spread to the Tagalog region (Mindoro and Tayabas), Bicol region (Camarines Sur and Norte, Albay, and Sorsogon), and Marinduque.  They wrote the Tagalog grammar. They studied the customs, laws, and usages of the natives as well as their rites and ceremonies.

Civil Accomplishments
The friars spread through the different islands, starting groups of converts all over the territory. Being few in numbers, sometimes one person alone, they gained the respect and the trust of the indigenous people. They convinced them to settle around the church, the plaza, and the administration buildings. In this way, they gave origin to cities and towns all over the country.

The Friars established the hospital, banking, and water systems in the Philippines. They were also involved in the building of infrastructures such as roads, dams, and bridges. All these accomplishments of the friars during the Spanish era are often overlooked in history books.

For example, Fray Felix Huerta, a Franciscan, is remembered only by a street name in Manila, Santa Cruz District. Yet he was the head of San Lazaro Hospital for Lepers and he founded Monte de Piedad, a combination of savings bank and pawnshop, which was the first agricultural bank of the Philippines. And his greatest achievement was establishing the first water system to supply Manila with safe, potable running water.

Among their religious accomplishments, the beautiful churches of Lucban and Tayabas in Quezon, the ornate ones in Pakil and Paete in Laguna, as well as the massive Naga City Cathedral, San Jose, Sagnay, and the quaint Lagonoy churches in Camarines Sur are just a few of these still extant edifices that the friars built.

After reaching the abyss of drug addiction and rediscovering his spiritual faith, Guillermo Gomez is leading other recovering drug dependents to rehabilitation and true healing.