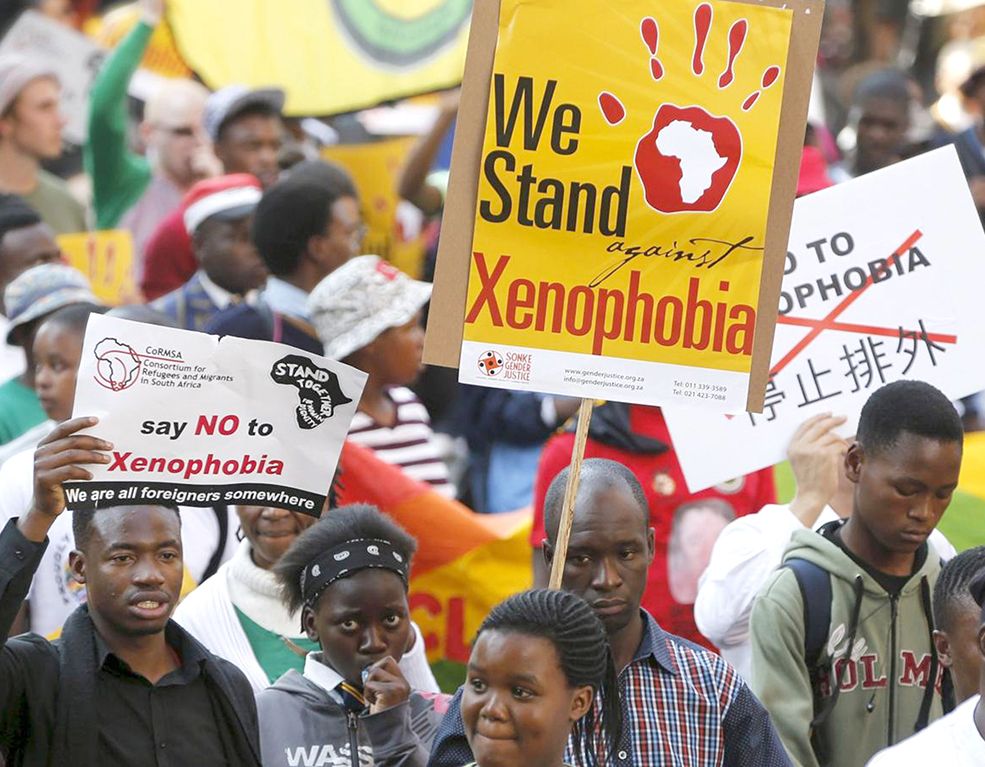 Vision to Heal a Broken World

Pope Francis sets out a vision for a new kind of politics in an encyclical that tackles a rising tide of “myopic” nationalism and moves the Church a step closer to a complete rejection of war.

As the world grapples with a global pandemic, the new papal document, Fratelli Tutti (released on October 4, 2020), calls for a politics that rejects the “virus” of radical individualism and builds up the common good, with the 83-year-old Roman Pontiff offering the Gospel story of the Good Samaritan and the figure of St. Francis of Assisi, his namesake, as guides.

At a press conference to launch the encyclical, Dr. Anna Rowlands, a Catholic social teaching professor at the University of Durham, said the encyclical is an attempt to bring a “bleeding and broken world back to health” and is “a devastating challenge to our economic, political and ecological life”.

Reinterpretation Of “Just War”
The encyclical also offers some developments to Catholic social teaching, including on war. In Fratelli Tutti, the Pope restricts interpretations of the centuries-old “just war” teaching which sets the conditions to justify armed conflict morally.

Francis stops just short of abolishing the theory altogether, but talks only of the “potential right” to go to war and warns the development of nuclear and chemical weapons means they have an “uncontrollable destructive power over great numbers of innocent civilians”. One of the conditions for a “just war” is that only proportionate force is used.

“In recent decades, every single war has been ostensibly ‘justified’,” the Pope writes in the encyclical. “The Catechism of the Catholic Church speaks of the possibility of legitimate defense by means of military force, which involves demonstrating that certain ‘rigorous conditions of moral legitimacy’ have been met. Yet it is easy to fall into an overly broad interpretation of this potential right.”

Francis has pushed the Church closer to an anti-war position than his predecessors. In 2019, while in Japan, he said both the possession and the use of nuclear weapons were immoral–previously the possession had been permitted. Four years ago, Cardinal Peter Turkson, who runs the Vatican’s social justice department, called for a rejection of the jus ad bellum theory, which he saw as an outdated concept.

“We can no longer think of war as a solution because its risks will probably always be greater than its supposed benefits. In view of this, it is very difficult nowadays to invoke the rational criteria elaborated in earlier centuries to speak of the possibility of a ‘just war’,” the Pope writes, adding: “Never again war!”

No To Death Penalty
Francis also repeats his condemnation of the death penalty which, along with war, he says are often presented as “false answers” to problems but introduces new elements of destruction into society. On this issue, the Pope, who has already shifted Catholic teaching to make the death penalty inadmissible, has placed himself on a collision course with Catholics in the United States who advocate for capital punishment.

The Pope points out that Christian opposition to capital punishment goes back to the early Church, citing 9th century Pope Nicholas I and Saint Augustine. Along with the worldwide abolishment of the death penalty, Francis is calling for justice systems that rehabilitate offenders and warns against life sentences without parole and the “growing practice” of the use of preventative custody and imprisonment without trial.

“Fear and resentment can easily lead to viewing punishment in a vindictive and even cruel way, rather than as part of a process of healing and reintegration into society,” the Pope explains.

Francis adds that his encyclical was inspired by “brothers and sisters who are not Catholic”, such as Reverend Dr. Martin Luther King Jr, the Anglican Archbishop Desmond Tutu, and India’s Mahatma Gandhi.

In the encyclical, he refers to St. Francis of Assisi’s 1219 peace mission to cross the lines of the crusades and meet the Sultan of Egypt in a bid to end the conflict. “[Saint] Francis did not wage a war of words aimed at imposing doctrines,” the Pope writes, “he simply spread the love of God”.

In the face of populist nationalism and politicians who focus too much on short term gain, the Pope is urging a rebirth of statesmanlike leaders trying to solve the most pressing moral problems of our age such as tackling human trafficking, inequality, a “throwaway culture” that excludes people and ending conflicts. The Covid-19 pandemic, he says, has shown the global community is “all in the same boat”.

Politics As Charity
Far from rejecting the work of political leaders, the Pope stresses that politics is an act of charity but should be focused on tenderness, kindness, and dialogue.

“Politicians are doers, builders with ambitious goals, possessed of a broad, realistic, and pragmatic gaze that looks beyond their own borders. Their biggest concern should not be about a drop in the polls, but about finding effective solutions,” he writes.

“If someone helps an elderly person cross a river that is a fine act of charity. The politician, on the other hand, builds a bridge, and that too is an act of charity. While one person can help another by providing something to eat, the politician creates a job.”

But Francis repeats his warning about the rise of populist nationalism witnessed across Europe, the United States, and parts of Latin America. “There are those who appear to feel encouraged or at least permitted by their faith to support varieties of narrow and violent nationalism, xenophobia and contempt, and even the mistreatment of those who are different.”

He argues the frailest and vulnerable members of communities are too often neglected, that society is still “illiterate” when it comes to supporting those on the margins, and pointed to the elderly who died as a result of Covid-19.

Another area of development of Catholic social teaching in the encyclical can be found in the section on the universal destination of goods, the principle that says the world’s resources need to be shared among the whole of humanity.

In Fratelli Tutti, however, the Jesuit Pope says that the “right to private property can only be considered a secondary natural right, derived from the principle of the universal destination of created goods”. It should, he adds, have “concrete consequences that ought to be reflected in the workings of society” but too often “secondary rights displace primary and overriding rights.”

His arguments on property come in an encyclical where Francis reiterates warning about having an uncritical faith in the free market along with the influence of vested financial interests on politics. He says the fragility of world-systems in the face of the pandemic has demonstrated that not everything can be resolved by market freedom.

In the face of a coarsening, polarizing, and aggressive political environment, Francis wants a politics of kindness, tenderness, and love which is embodied by the Good Samaritan who crossed the street to help his neighbor suffering on the side of the road.

His encyclical calls for peacemakers, particularly online. Digital platforms, the Pope says, can build encounters, but “social aggression has found unparalleled room for expansion through computers and mobile devices” and led to campaigns of hatred.

It has also allowed for ideologies to spread: “Things that until a few years ago could not be said by anyone without risking the loss of universal respect can now be said with impunity, and in the crudest of terms, even by some political figures.”

Francis’ remedy is a culture of encounter, where people try to “seek the truth in dialogue”, to look for reconciliation, and develop friendships that take place away from a screen. “Digital connectivity is not enough to build bridges. It is not capable of uniting humanity,” the Pope says.

Finally, Francis offers up another model of Christian living, Blessed Charles de Foucauld, who witnessed the radical inclusivity of the Gospel in North Africa by building a monastery in the Moroccan desert and worked among Muslims, the poor, and abandoned. “Only by identifying with the least did he come at last to be the brother of all,” the Pope writes.  Published in The Tablet

The parish as communion of communities

The Catholic Bishops’ Conference of the Philippines declared 2017 as the Year of the Parish as communion of communities. Clergy and lay faithful have been committed to making the parish truly a…