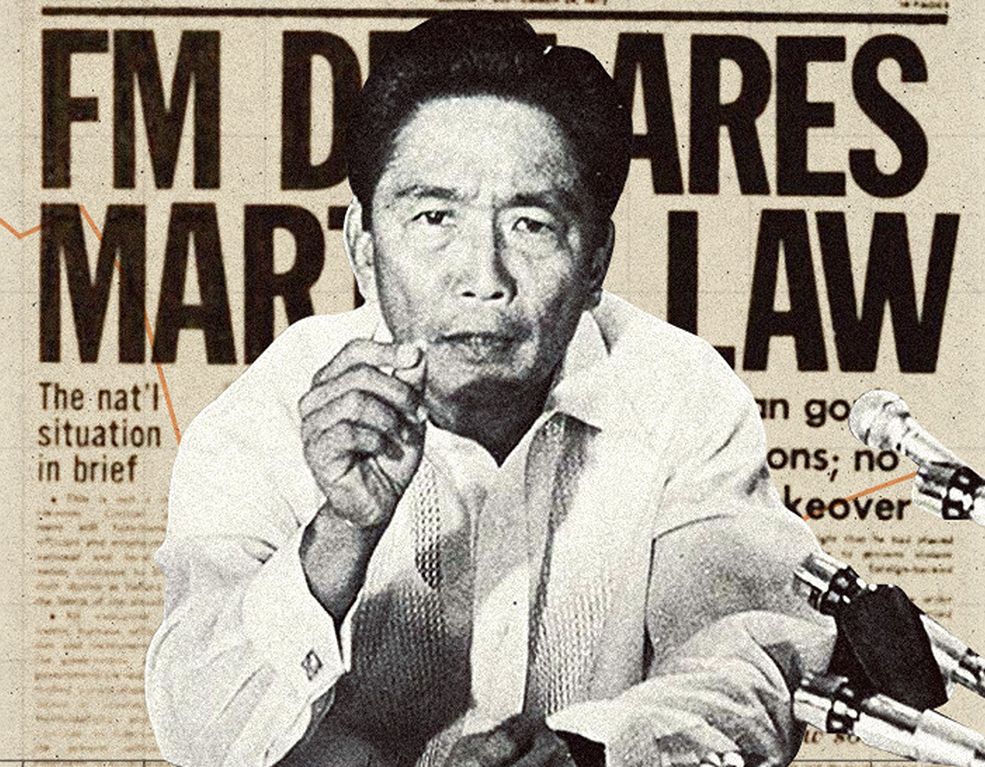 The worsening economic and political situation, the Church’s resistance to dictatorship, the growing capacity of the underground and mass movements and the assassination of opposition Senator Benigno Aquino undermined the regime culminating in the ouster of Marcos in 1986.

Thirty-six years ago, we successfully toppled the dictator Ferdinand E. Marcos, the only President legitimately elected twice in 1965 and 1969.  He probably would have run for the third time, but the Philippine Constitution prohibits running for a third term.

Some taxi drivers and members of communities would vote for Bongbong Marcos. When asked why, they would say, “Our life under Marcos had been good. We are tired of educated politicians who never delivered their promise of a better life for us.”

Mothers in many urban poor communities never consider the elections as a significant political exercise. According to them, “After all the fanfare, the aftermath of elections we see the prices of galunggong (fried fish; the English translation is ‘blue mackerel scad’) are still increasing. The poor are still in extreme hardship accessing basic services.”

There could be some individual stories telling of the better days during the Marcos years in the 70s. However, the majority of the Filipino people do not share the same sentiment. Neo-liberal policies manifested in privatization, deregulation, and liberalization introduced during the Marcos years have resulted in worsening the economic and social conditions for many.

In Negros, the collapse of world sugar prices in 1984 brought a stabbing impact on the sugar workers. Children died due to malnutrition. Famine devoured the island, causing the death of even more children. According to Dr. Violet Gonzaga of La Salle College, Bacolod, “In August 1985, ten percent of Negros’ children were suffering third-degree malnutrition.” Hospitals were filled with children with enlarged bellies, very tiny limbs and bones, eyes too weak to stare, and bodies practically ready to see death.

In Manila, the government neglected the welfare of the poor. This neglect is manifested by widespread poverty, the hardship of urban slums, and a lack of services.  The New York Times reported in 1982 that “When Pope John Paul II visited the Philippines, he expressed alarm at the large numbers of the poor. The Pope’s dismay added impact to a World Bank report issued before his visit in February 1981, which showed that poverty in the Philippines was worsening and that between 1975 and 1980 the number of poor had increased from 24 percent to 40 percent of the urban population.”

It tied the government to a duty to earmark funds for the principal and interest payment of debt. The decree was a chain that fettered the Filipino people to indebtedness and restructured the budget that prioritized debt payments over social services and economic support for the workers and farmers. It was dismaying that former President Corazon Aquino, in her speech before the Joint Session of the United States Congress in September 1986, promised to honor the debt. The decree is still in place today.

Poverty, hunger, unemployment, unresolved issue of land, corruption in the midst of hunger, and disease are among the obvious concerns that anger and disgruntle the people from different sectors.

The Church Took An Option
It must be no surprise that institutional churches have diverse views on Martial Law. It all depends on how one perceives it in relation to who benefited and who lost. Any pronouncement, any handwriting on the wall represents a system of belief. Any pronouncement from a church reflects which side that church is taking: its preferential option.

Historically, on February 17, 1972, many church people organized themselves into the Christians for National Liberation (CNL). It opposed dictatorship, foreign domination, and feudal bondage. When Martial Law was declared, it went underground alongside many sectoral organizations. Marcos made them enemies and illegal.  Martial Law guarantees a tyrant and dictator the power to rule.

While passivity and silent cooptation with the tyrant could be a convenient option, countless church people did otherwise. There were church people who took the dangerous path of service to the people. They risked their lives and sided with the oppressed and exploited.

Among them was Fr. Rudy Romano a Redemptorist priest. This year marks his 36th year of abduction and disappearance. As a religious, he sided with the victims of human rights violations. He was known to be a defender of exploited workers. He journeyed with slum dwellers and fought alongside landless peasants and other sectors of society that were made poor and oppressed by unjust structures.

His life is a testimony of taking the work and mission of the Church during one of the darkest episodes in our nation’s life seriously.  The conviction that the military abducted him is not without basis since many activists during the time of the Marcos dictatorship shared the same fate.

Underground Movement
Martial Law activists speak out clearly on how they went through the arduous and dangerous process of educating, organizing, and mobilizing people to protest and to offer alternatives. They integrated with the poor communities, workers in factories, and rural poor to learn from them and together manifest their resistance against the fascism of Marcos.

Meanwhile, the underground movement was gaining strength. The New York Times in its November 3, 1985 issue reported that “The strength of the New People’s Army is difficult to measure precisely. Yet by all accounts, it has thrived and expanded its activities considerably in the aftermath of the Aquino assassination. The Philippine Government now places the rebel force at 10,000 to 12,000-about twice the estimate just a year ago. The Communists say they have more than 20,000 armed fighters.”

“The N.P.A. is winning-it’s that simple, one Western military analyst said. They aren’t about to overthrow the Government now. But if the tide isn’t turned over the next three to five years, the Communists could be unstoppable.”

Both the underground and open mass movements were acquiring fighting capacity amidst worsening economic and political crises. Marcos was losing his power especially when opposition leader Senator Benigno Aquino was assassinated on August 21, 1983.

Streets were full of protests and public mobilizations. The product of years of education and awareness building, organizing, and mobilizing methods of the community organizers and activists were coming into fruition. The sacrifices of the martyrs and heroes, those who were unjustly imprisoned for their political belief, those who were victims of enforced disappearances under years of tyranny of Marcos inspired the masses to take courage to fight. The patriotic and progressive ones were getting more encouraged to face the dictator, Marcos.

The Tyrant Was Ousted
President Marcos called for a snap election because the credibility and stability of his government were being challenged. The election was held in February 1986, one year ahead of the national elections. There was massive cheating and fraud. Manila Archbishop Jaime Cardinal Sin picked up the clarion call of time, of the voices from the ground: topple down a cheater and a fascist leader. He amplified the voice of the people by prophetically calling upon them to troop to EDSA.  This protest culminated in the definitive ousting of Marcos on February 25, 1986.

The EDSA Uprising/People Power is the work of the people in the struggle for justice, truth, and peace. We give the highest honor to the named and nameless people who sacrificed to give birth to People Power.

*I saw you yesterday pulling a hand cart. You stopped by the mall (Robinson’s). Staring all-day
You were once famous on TV because you joined the rallies. Now you are alone, walking along EDSA (Yano Band).

Filipino families in the light of Amoris Laetitia

Looking at the situation of families in the Philippines, Bishop Gilbert Garcera draws valid teachings from Amoris Laetitia that offer some responses in dealing with family issues. Parishes, dioceses…