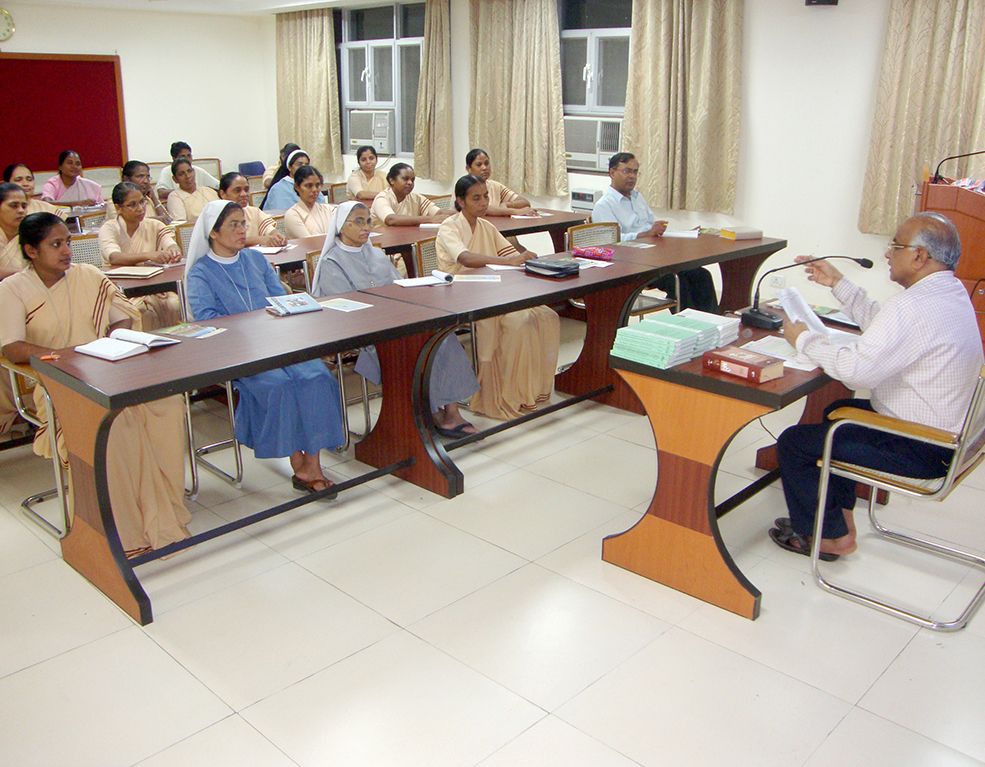 The book of the Spiritual Exercises is a manual for Directors who guide people in the exciting discovery of their true selves in the light of God’s will as it emerges in prayer during a desert period in which they choose to be alone with God.

The Spiritual Exercises are a compilation of meditations, prayers, and contemplative practices developed by St. Ignatius of Loyola to help people deepen their relationship with God. They were composed to help participants in religious retreats to discern the will of God in their lives, leading to a personal commitment to follow Jesus whatever the cost.

For centuries the Exercises were most commonly given as a “long retreat” of about 30 days in solitude and silence. The most common beneficiaries were clergy and religious, although it was not so originally. Although the Exercises were designed to be carried out while under the guidance of a spiritual director, they were never meant only for monks or priests.

In recent years, there has been a renewed emphasis on Spiritual Exercises as a program for lay people. The most common way of going through the Exercises now is a “retreat in daily life,” which involves a program of daily prayer and meetings with a spiritual director which lasts for several months.

Personal Experience
After recovering from a leg wound incurred during the Siege of Pamplona in 1521, Ignatius made a retreat with the Benedictine monks at their abbey high on Montserrat in Catalonia, northern Spain, where he hung up his sword before the statue of the Virgin of Montserrat. From Montserrat, he left for Barcelona but took a detour through the town of Manresa, where he eventually remained for several months, continuing his convalescence at a local hospital.

He also spent much of his time praying in a cave nearby, where he practiced rigorous asceticism. During this time Ignatius experienced a series of visions and formulated the fundamentals of his Spiritual Exercises. He would later refine and complete the Exercises when he was a student in Paris. The Spiritual Exercises of Saint Ignatius form the cornerstone of Ignatian Spirituality.

Stages Of Spiritual Life
The original, complete form of the Exercises is a retreat of about 30 days in silence and solitude. The Exercises are divided into four “weeks” of varying length with four major themes: sin and God’s mercy, episodes in the life of Jesus, the passion of Jesus, and the resurrection of Jesus together with contemplation on God’s love.

This last is often seen as the goal of Ignatian spirituality, to find God in all things. The “weeks” represent stages in a process of wholehearted commitment to the service of God.

Ignatius identified the various motives that lead a person to choose one course of action over another as “spirits.” A major aim of the Exercises is the development of discernment (discretio), the ability to discern between good and evil spirits. A good “spirit” can bring love, joy, peace, but also desolation, to bring one to re-examine one’s life.

An evil spirit usually brings confusion and doubt, but may also prompt contentment to discourage change. The human soul is continually drawn in two directions: towards goodness but at the same time towards sinfulness.

“Discernment” is very important to Ignatian thought. Through the process of discernment, the believer is led toward a direct connection between one’s thought and action, and the grace of God. As such, discernment can be considered a movement toward mystical union with God, and it emphasizes the mystical experience of the believer.

This aspect of the Spiritual Exercises reflects the trend toward mysticism in Catholic thought which flourished during the time of the counter-reformation (e.g. with Teresa of Ávila, John of the Cross, and Francis de Sales).

Prayer Periods
Ignatius’ book is not meant to be used by the retreatants but by a director or spiritual guide. Each day the exercitant uses the material proposed by the director for four or five hour-long periods, each followed by a review of how the period went.

The exercitant reports back to the spiritual director who helps interpret the exercitant’s experiences and proposes material for the next day. Ignatius observes that God “deals directly” with the well-disposed person and the director should not advise the retreatant that might interfere with God’s workings.

The Spiritual Exercises of Ignatius of Loyola are considered a classic work of spiritual formation. Most retreat centers offer shorter retreats with some of the elements of the Spiritual Exercises. Retreats have been developed for specific groups of people, such as those who are married or engaged. Self-guided forms of Exercises are also available, including online programs.

The fruit of the first week of the Spiritual Exercises is named by Ignatius as Indifference. The meaning is not lack of interest but inner spiritual freedom.