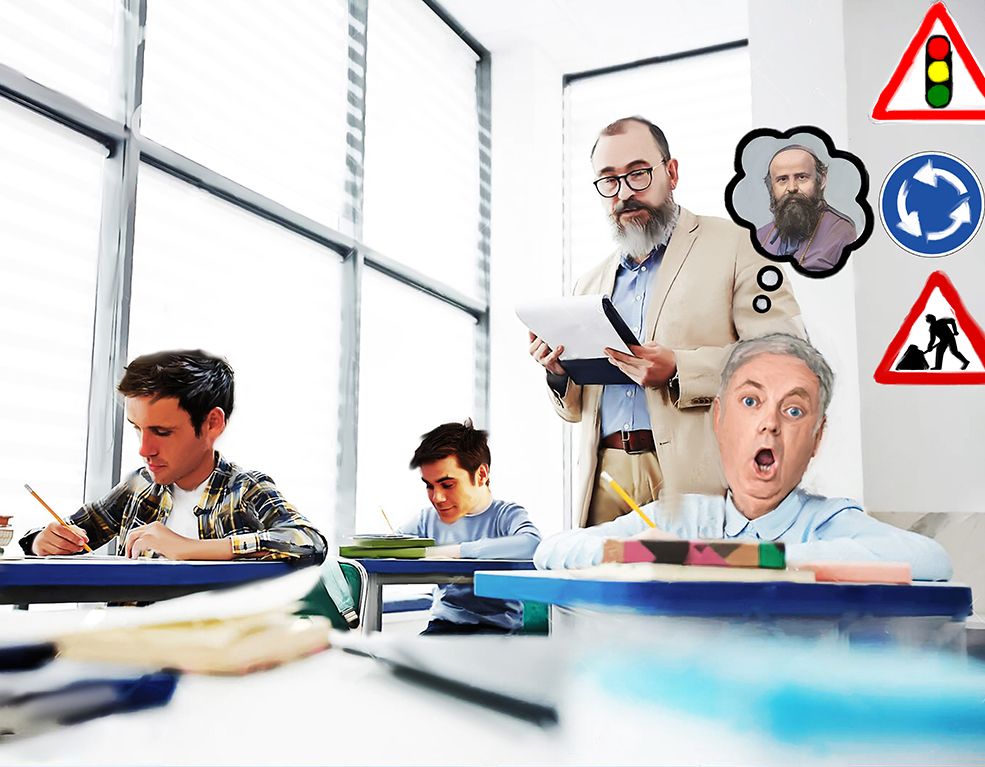 One day, he was traveling to visit one of the Christian communities of his parish when armed men attacked him. The rebels opened fire at his car and wounded him gravely, with one bullet that went through his lung. He survived miraculously. After months of hospitalization and rehabilitation, Fr. Fulvio was back on his feet, full of zeal, and ready to continue his ministry.

He gladly accepted the request to go to the United States for mission appeals. For two months he was to visit various parishes, to preach the Word of God, and to make the Christian communities aware of missionary work and needs of the Church in Uganda.

When he arrived in the USA, he was told that none of the driving licenses he had, the Italian and the Ugandan ones, were recognized as valid. He had to apply for an American license.

Therefore, he decided to take up the challenge and went to the designated venue to take the driving license test. Lo and behold, he had to answer one hundred questions in two hours!  For the first question, he struggled for fifteen minutes to choose if the answer was true or false.

He was discouraged as he thought that at his pace, he could only complete the test not in two but twenty hours! He was about to give up when he had an inspiration, and prayed to St. Daniel Comboni, “If you want me to accomplish the missionary task I was given, you must help me now.”

Confident in the saint’s assistance, Fr. Fulvio began to answer the questions, quickly marking one or the other with the sign true or false. In less than two hours he completed the test and handed it over to the examiner. After a while, the examiner called him to his office. “Sir,” the examiner said to him, “congratulations on your excellent performance. You answered 99 questions correctly out of 100!”

Fr. Fulvio was overwhelmed with astonishment and elation. He knew that his success was due to the intervention from above. The only wrong answer was the first one that took him fifteen minutes.

Did Jesus Have A Sense Of Humor?

Laughter is indeed good medicine. It saves us from stubbornness, fear, and the temptation to take ourselves too seriously.