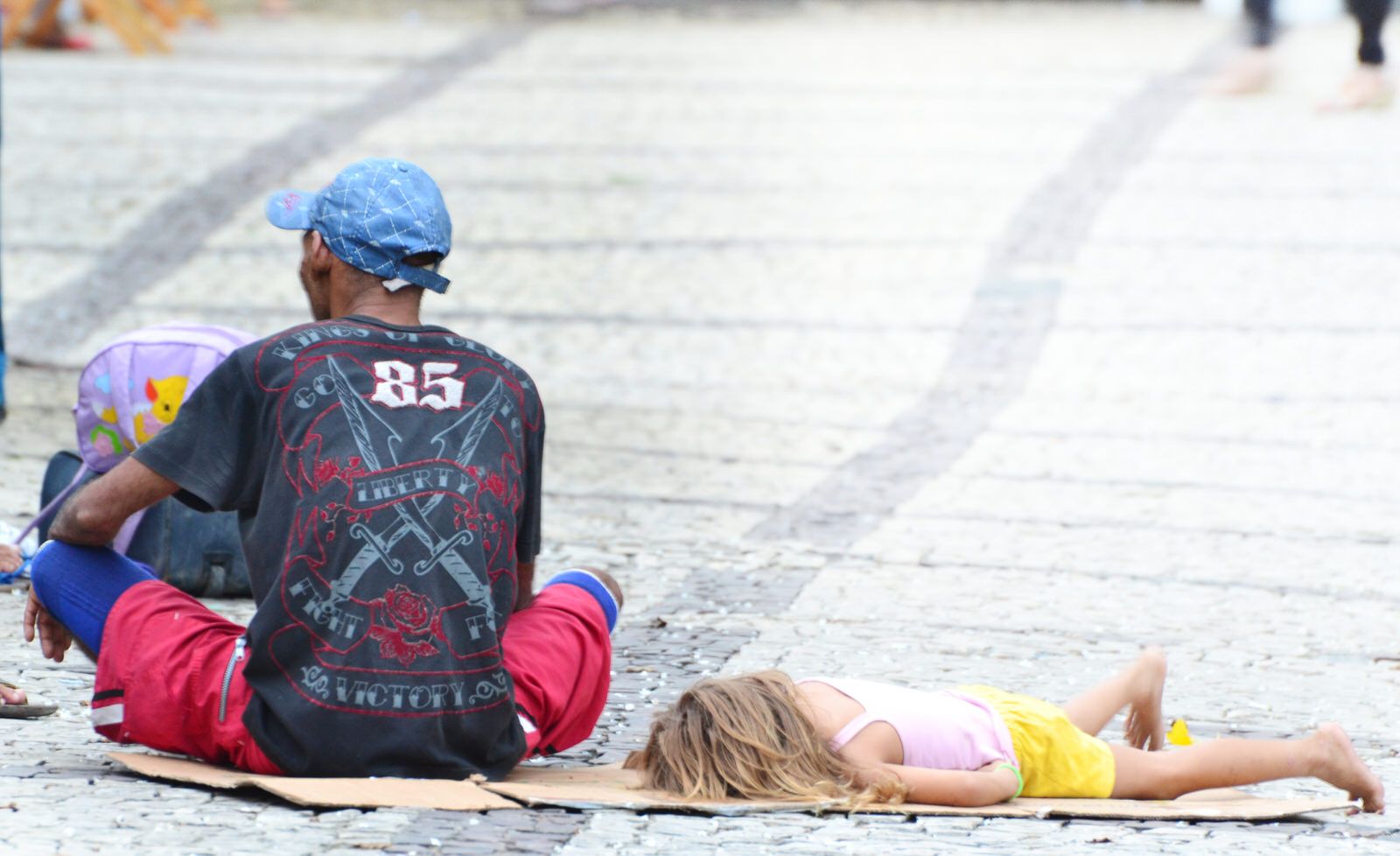 Homelessness is most often associated with rough sleeping – the most obvious form of homelessness. But the term ‘homeless’ also applies to people living in temporary shelters or institutions because they are houseless. A homeless person is an individual without permanent housing who may live on the streets; stay in a shelter, mission, single room occupancy facilities, abandoned building or vehicle; or in any other unstable or non-permanent situation. With homelessness now comes hopelessness. The hopelessness stems from the fact that the exits out of homelessness are blocked. Today, homeless people need the warmth of acceptance by others, more than the physical shelter that they can be offered.

How Did I Get Here?” That’s the title of a 2013 report on homelessness by the Cork Simon Community in Ireland. It sums up a question many of those plunged into homelessness ask themselves over and over. In the words of one man interviewed for the report: “There are lots of reasons why someone ends up homeless. I did not want to be on the streets but the things that happened to me in my life led me to that situation. People end up on the streets for so many reasons; it could happen to anyone.”

Calculating the figures globally for homelessness is problematic due to a lack of information and a lack of consistency in defining what constitutes homelessness. In 2005, a United Nations survey estimated that at least 100 million people were homeless worldwide and as many as 1 billion people lacked adequate housing. That is staggering. Over the decade since this report, the figures have increased. The number of homeless people in Western Europe is at its highest level in 50 years, at a level not seen since the end of World War II. The recession hit hard and in tandem with this, refugees fleeing violence in places like Afghanistan, the Middle East, Yemen, Libya and Eritrea have ended up either homeless or poorly housed through schemes such as Ireland’s much criticized direct provision hostels.

According to the European Observatory on Homelessness in 2003, some 3 million people in Europe have no fixed home of their own, while a further 15 million people live in sub-standard or overcrowded accommodation. These 18 million individuals represent 5% of the total population and they include considerable numbers of women and young people. While some causes of homelessness are man-made, such as economic injustice and conflict, others are completely beyond control. In the Philippines, Typhoon Haiyan left 4,460 dead and 1.9million homeless in its wake.

Agencies dealing with those who find themselves homeless underline that people become homeless for a variety of reasons. For some, it is the result of a crisis in their financial or emotional lives, or mental well-being, or something outside their control. ‘Rolf’ told the homeless agency, Cork Simon Community: “Before I became homeless, I had a girlfriend and a job. It is when I had to leave her house, when we broke-up, that’s when I became homeless.”

While the profile of the homeless, by which most people understand rough sleepers or those using homeless hostels, has traditionally been middle-aged single men, that has been changing in most European countries in recent years. A growing proportion are women, migrants, young people or families with children. ‘Sinead’ explained that she became homeless when her fiancé died. “He was a great guy and I thought everything was working out. We were together for 4 years. We were going for a house together. Me and my fiancé, the father of my child, going for a house together. Things were good. Then he overdosed on heroin. He was just messing around on it. I never knew he ever took it. It was like being hit by a train.”

One of the trends detected by charities dealing with homelessness is that a large proportion of those who are homeless are only homeless for a relatively short period of time, particularly if they get the right intervention. This kind of homelessness is often caused by factors such as job loss, eviction due to inability to pay rent or mortgage, or relationship breakdown. When children are involved, it can be totally inadequate and can lead to tensions.

The plight of children is of particular concern for many asylum-seekers in Ireland trapped in the system of direct provision. This is not housing but residential institutions intended to be a short-term solution to the needs of those awaiting a decision on their asylum applications. Unfortunately, the tardy process means that the majority of asylum-seekers spend three years in direct provision, with some even waiting up to seven years. On the face of it, to a person escaping violence and terror, direct provision provides security, essential services such as medical care and accommodation and board with three meals a day.

However, as time passes and people need to move on with their lives, they are thwarted by the unnecessary restrictiveness of the arrangements of direct provision: meals at set times, not being able to prepare your own food. Lack of privacy is a major issue with single people forced to share dormitories and parents living in one room with their children. Children also have to share communal bathrooms with adults they don’t know. As children grow older and start attending school, they cannot invite their school friends for a playdate. Furthermore, the living conditions vary widely in the 35 centers around the country. It is no place to bring up children.

Voices for the voiceless

Last September, the President of Ireland, Michael D. Higgins, said every time a homeless person does not have shelter and security, it is a failure on society’s part and not acceptable. Homelessness is a “great moral test,” he said, and added that it should be possible to deal with “issues of shelter and issues of housing.” His comments were made, as a second death of a homeless man occurred on the streets of the capital within a year. The number of individuals registering as homeless in Ireland has been rising year after year, with a record 4,668 people, including 1,383 children sleeping in state-funded emergency accommodation in July 2015. In 2013, about 20 families a month were registering as newly homeless in Dublin, where the problem is most acute. In 2014, the average was 40 families per month. But this year, it has risen to 60 families per month and in July 2015 it was 70. The issue can be resolved but it needs a willingness to spend money and provide social housing and interventions. But the homeless don’t have a lobby strong enough to force the state to act on what is turning into a crisis.

Some of those working hardest to ease the challenges of homelessness are Catholic religious. In Ireland, Fr. Peter McVerry, Sr. Stanislaus Kennedy and Brother Kevin Crowley are household names. Through their charities, the McVerry Trust, Focus Ireland and the Capuchin Day Center, thousands of people are helped in the country’s major urban centers. Those struggling to stay in their accommodation also have recourse to the Society of St. Vincent de Paul, another Catholic charity which helps thousands with household bills and accommodation costs.

It was Martin Luther King who warned that, “a religion true to its nature must be concerned about man’s social conditions.” According to Rev. King, a Nobel Peace laureate and Baptist minister, “any religion that professes to be concerned with the souls of men and is not concerned with the slums that damn them, the economic conditions that strangle them, and the social conditions that cripple them is a dry-as-dust religion.” The American civil rights leader’s challenge to the Christian churches to refocus their priorities in order to take better account of their social obligations has continued to resonate and inspire believers to this day.

Since the 1970s, when he came across a nine-year-old sleeping on the streets of Dublin, Jesuit Fr. Peter McVerry has tirelessly campaigned on behalf of those who fall through the social net due to poverty, addiction, broken family life or mental health issues. His faith is in a compassionate God and the title of his most recent book, "Jesus' Social Revolutionary," sums up his philosophy. Fr. Peter’s determination to do something was born of his encounter with homeless children whose “disaster childhoods,” where violence, neglect and abuse in the home environment due to addicted parents or parents ill-equipped for family life, forced the children to seek refuge in street living as more preferable to the chaos of their home.

From small beginnings in a cramped flat in the once notorious high rise towers of Dublin’s Ballymun and a parish club in Dublin’s inner city, the McVerry Trust now operates three hostels, a drug detox center, two after-care houses, a drop-in center, a drug-stabilization program and twelve apartments, housing people dealing with mental health issues. It provides accommodation and drug treatment for between 170 and 180 homeless people on any one night.

Writing in the Irish Times newspaper last September, Fr. McVerry said homelessness today is accompanied by hopelessness because homeless people see no way out. “The problem of homelessness just continues to get worse and worse. Most of the emergency one-night only accommodation available is an insult to the dignity of homeless people. It is almost all dormitory-style accommodation where drugs, aggression and bullying are rife. Drug users also have a right to emergency accommodation. But to offer people who are drug-free a bed in such accommodation is unethical,” he warned. The Jesuit highlighted that there was little point in a homeless person bothering to become drug-free when the only accommodation they will be offered, after finishing a treatment program, is a bed in a room full of drug-users! “Young vulnerable homeless people, including children leaving care, are terrified in those dormitories and often feel safer sleeping on the street,” Catch 22 remarked.

The creation of the new autonomous region in Mindanao is another means to the attainment of elusive peace in this part of the Philippines after decades of violence and conflict. This development is an…

Jacinta and Francisco, two of the three little shepherds who witnessed the Virgin Mary's apparitions in Fatima in 1917, are the first children non-martyrs to be canonized in the history of the Church.…