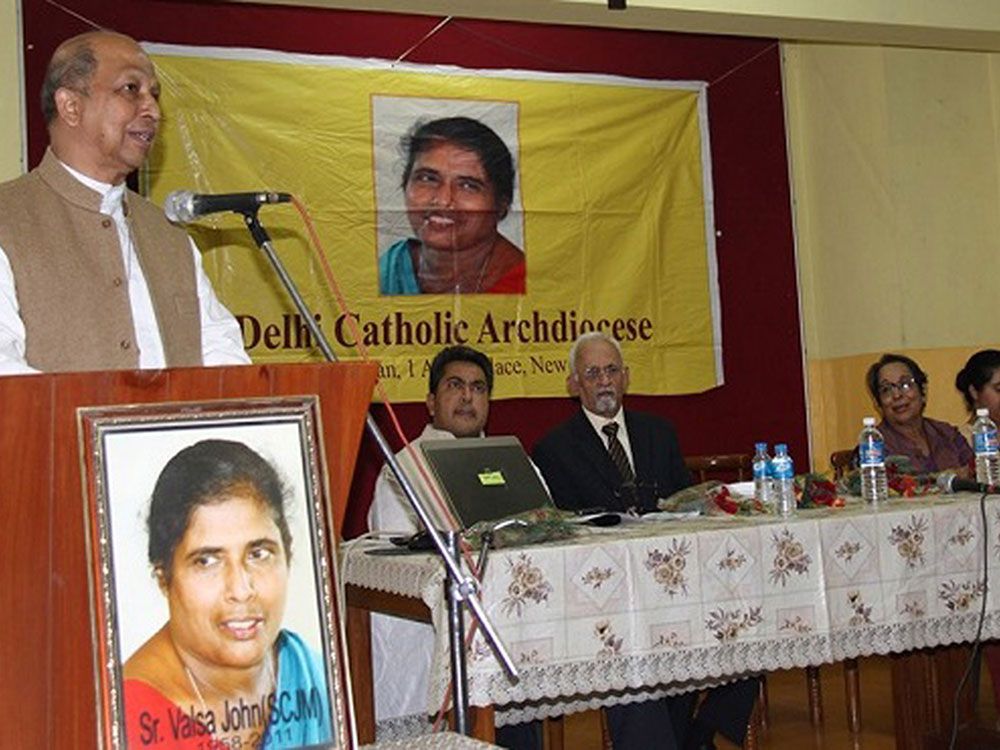 Sister Valsa John from the congregation of the Sisters of Charity of Jesus and Mary died after a group of men, armed with axes, knives, bows and arrows, attacked her at her home in Pachwara village in Jharkhand state. She died on the spot, succumbing to deep injuries inflicted on her neck and face. She was 53.

At a memorial Mass, marking the fifth anniversary of her death, Jesuit Father Tom Kavalakatt, a close associate of the nun, said her advocacy for the rights of illiterate Santal tribal people enraged the mining lobby. She organized people to take legal action against the excavation of their traditional land. The miners asked her to leave but she defied them, reports said. “Apparently the mining lobby succeeded in getting her eliminated finally,” Father Kavalakatt said.

“Sister Valsa reminds us that we have to be ready to shed our blood and life to build a just society,” the priest said. She “never wavered from her commitment to protect the tribal people despite threats from the mining lobby that wanted to grab their lands to extract coal.”

A colleague of Sister Valsa, who wanted to remain anonymous, said she was raped in order to terrorize the nun into abandoning her activities. She was staying in the nuns’ hut when the murder happened.

Before she died, Sister Valsa lived in a village cut off from her congregation and companions. She lived like the ordinary village women, dressing, eating and working with them, Sister Joseph said.