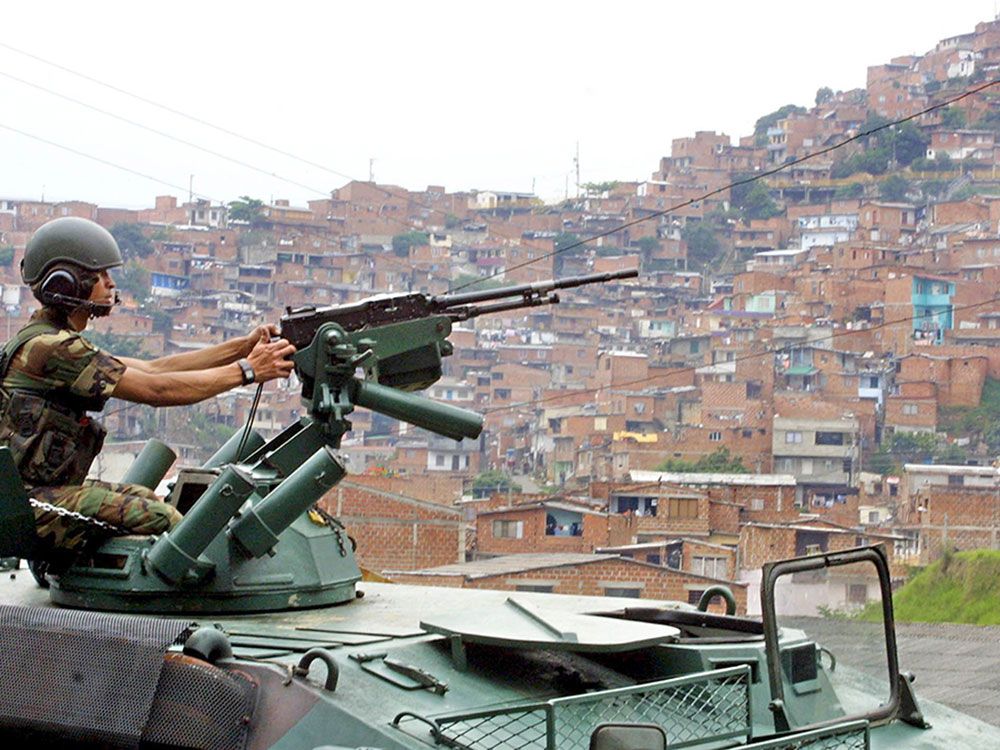 A Comboni community is inserted in the troubled city of Tumaco, in the western part of Colombia, where the impact of armed conflict is deeply felt. It provides pastoral care to the black population. One of the missionaries recounts his mission experience of living in the area for the past five years.

The FARC promoted everywhere the cultivation of coca, and it opened new and different drug corridors to Central America, increasingly more organized and safe. This has allowed the flow of huge amounts of money into the hands of the new “rich people” of Tumaco who became role models for many young people in our city.

Drug use has grown tremendously among adolescents and young people, with a certain pessimism regarding the future, making them close themselves to others and becoming suspicious of anybody who want to help them.

The local economy has not improved much in the towns, nor the care of the agricultural land. The health situation is deplorable and the education system is just getting well after so many changes of teachers throughout the Pacific Coast. We just had a 50-day trucker strike that has wrecked us terribly, with gasoline at 30,000 pesos per gallon (473.000 PHP), empty shops, no meat, no flour, no rice, and no milk.

Merchants, professionals, and politicians silently, but in absolute complicity, participate in the new pyramids of drug trafficking, investing capital to finance expeditions of cocaine, with gain apparently safe, apart from some small or big frauds.

At the moment, the situation in our city has worsened. In recent years, the FARC has added to its ranks many militia men, which formerly belonged to other groups or simply have joined the “cause.” Several local “commanders” have greatly enriched themselves, as well as others who are not directly linked to the guerrillas but to the business with Central America and Mexican cartels.

Several of these militants have been driven away recently by the same FARC and they are running loose. We could define them as bacrim or drug traffickers. Alongside these old groups, there are new groups coming in to Tumaco: the Usuga, the AUC, the Rastrojos, the Pacific organization murder for hire…, according to pamphlets circulating around the neighborhoods.

The truth is that they are present in the city and they are very scary. According to the data sent by the mayor of Tumaco to President Santos on August 5, 2016, “on May 1, 550 families were displaced in the town; on August 4, 77 homicides, 37 of these in the urban area and 40 in rural areas.” In Pindo, sometime ago, 50 meters away from our parish, a grenade destroyed a taxi car, leaving two people dead, one was ripped apart and the other was burnt. They also killed John Alexander, a drug addict friend of mine, whom we were supporting.

Reasons of our presence

The first real and important motivation of our work in Tumaco is that God is here. And His liberating and resurrecting presence is manifested in so many people with whom we work: leaders, families, men and women who, amid of the state’s oblivion and absolute precariousness, are teachers of faith, responsibility, and of resistance to evil. We witness the beauty of this people, their passion for life, their way of loving by giving everything. I personally feel being loved, protected, embraced and forgiven everyday.

Another extraordinary reason for working in Tumaco is that nobody wants to be here. People come for holidays, to make reports on the neglected situation of the communities in the Pacific Coast, or take an interesting video, or organize workshops with ready-made solutions to be applied in Tumaco, or suddenly to come for a few days to talk about God with passion and love and afterwards say goodbye. There are many good reasons to go to Tumaco but almost none to stay.

As our founder St. Daniel Comboni teaches us, we choose to stay so that we may belong to this people and walk with them. It’s nice to come to this people and spend at least 10 years of one’s life with them so that they may grow spiritually and be a community that gives continuity to the work done and every moment updates it from a faith perspective.

Responding to the challenges

We look after the La Resurreccion parish and, according to the renewal and evangelization diocesan pastoral plan, we commit ourselves to the laity, to their training, and their leadership. The pastoral plan asks us to decentralize the parish, to be an “outgoing” parish as Pope Francis asks us; therefore, we are giving formation to groups of families in every neighborhood with the goal to direct them towards basic ecclesial communities. The work that had been done in the neighborhoods led us to focus on four pastoral areas, in each of which we are aiming to walk with the people hand in hand with the community leaders, to give a response of faith and social solutions to the problems of the community.

Three years ago, a small school was created to work in “education emergency.” It was done with the help of groups of families’ leaders. This is a project called Educar en Calle Viento Libre to support and counsel the most problematic and disadvantaged children of this neighborhood. They gave us, as a gift, a house which we remodeled making two classrooms for 30 children. We built a two-storey library to reinforce the presence of the school, which includes a dance and a soccer training center. Nothing is “ours,” everything is coming from the community and the people fighting for the goodness of the community through this work. The work is voluntary and the economic basis is solidarity and providence.

When the paramilitaries left the neighborhood, we started working with women leaders of the community in “schoolhouse crafts” by giving schooling formation, personalized counseling and support, and training on Christian and community values through the pedagogy of tenderness, crafts, dance, music, and art.

Youth Afro is a center for formation, spirituality, peace and culture through dance, music, library, youth groups, catechesis, groups of families, the Sunday celebration of the Eucharist and the soccer school, Afropacífico.

Our parish church is located in Barrio El Carmelo and we have organized a St. Daniel Comboni Youth Center, a library, an internet room, a group of extraordinary women, and the singing group “Good Wind” whose songs express the problems of the community and how they face them with hope and faith. We give spiritual care to all people who come to the parish, with the services of catechists, groups of families, devotional groups, movements, etc.

Together with the parish pastoral work, we seek to accompany the diocese of Tumaco by strengthening the structure of coordination (EDAP, College of Consulters, Vicarías) and some pastoral areas (catechesis, youth and vocational pastoral, missionary and mass media).

It is our desire to reach the existing human peripheries where “life cries out” as the Latin American Conference of Religious (CLAR) says. That is why we try to reach regularly the rural areas of our diocese, visiting them, reaching them through the diocesan radio Mira or favoring quarterly training spaces for animators and catechists.

We also have the joy of accompanying several young men and women who are studying in various universities in Colombia, especially in the university, Minuto de Dios, in Bogota. We help them through some scholarships from the University and from the Diocesan Youth Ministry.

This type of work involves many people, children, youth, adults and institutions. We could say that it is even exaggerated but the measure of God’s mercy is unlimited, so we are not afraid of the big work because, behind every area and behind every project, there are always small communities of faith, alive and active.

Our orientation is the empowerment of the laity in a missionary and prophetic local Church. We need more people to risk living in the peripheries of the country, not just passing by.

Global warming is already producing destructive effects that disproportionately afflict poor people around the world, threatening their very lives. However, we must also keep in mind that, as the…

“Our Community Needs to Grow Spiritually”

Fr. Gerald G. Metal considers himself a missionary in Jordan where he attends to the spiritual needs of the Filipino community. Christians are respected in this Muslim majority country in which…