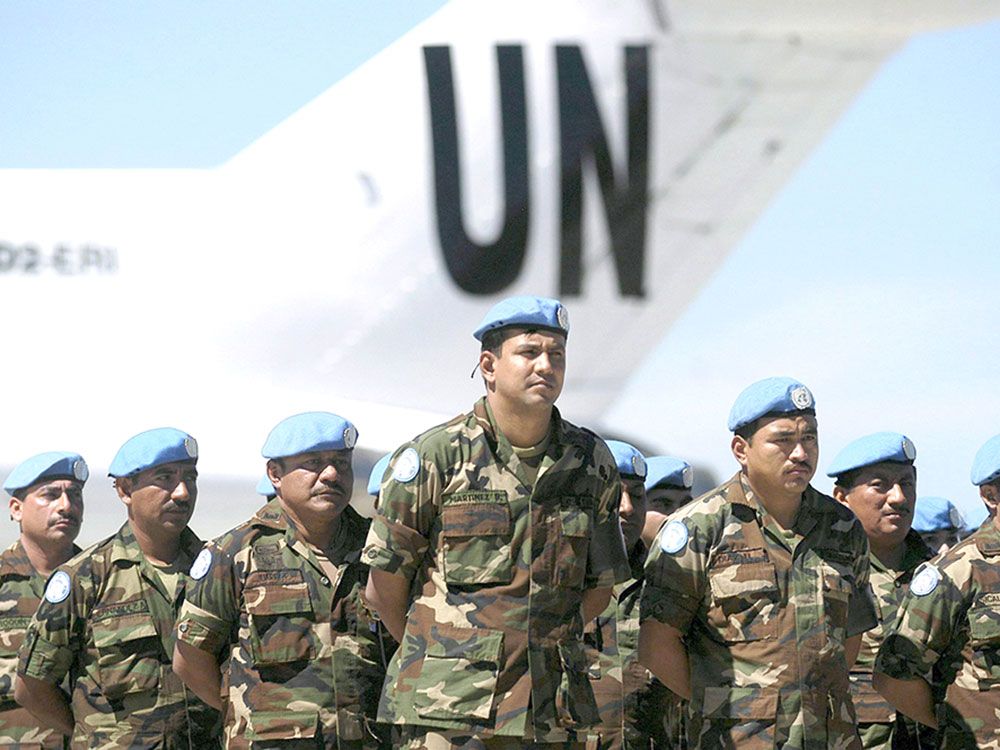 The theory of “just war” was intended to promote peace and set very strict conditions for a war to be considered just. Unfortunately, it has been used to endorse rather than prevent or limit war. Christian thinkers are putting it into question and calling for a new teaching on nonviolence.

Up to about 170 A.D. there is no historical evidence of Christian soldiers in the Roman Army. The Christian writers of the first three centuries after Christ were almost unanimously opposed to taking part in wars of any kind and very many baptized Christians refused to join armies, whatever the consequences. Some of the Fathers of the Church saw the teaching of Christ against violence as the fulfillment of the prophecies of Isaiah and Micah: “He shall judge between the nations and impose terms on many peoples. They shall beat their swords into plowshares and their spears into pruning hooks. One nation shall not raise the sword against another, nor shall they train for war again.” (Isaiah 2:4, 11:6-9 and Micah 4:2).

In the first centuries, Christians were subject to sporadic persecutions in which a substantial number of believers were martyred. Although they sometimes verbally defended their faith during judicial proceedings, the vast majority went serenely to their deaths without posing any physical resistance, and they often remembered to pray aloud for their persecutors.

Some of these early Christian martyrs were Roman soldiers who, upon conversion to Christ, not only refused to worship the emperor or the gods of the emperor but also refused to fight and wished to withdraw from the Roman Army. Saint Maximilian of Tebessa (+ 295 A.D.) is thought to have been one of these soldiers who became “conscientious objectors” and paid with their lives for refusing to continue in the Army.

After Constantine made Christian faith the “state religion” for all practical purposes, more and more Christians became professional soldiers until eventually only Christians were permitted to be in the more elite units of the Army.

At a time when “barbarian” peoples were threatening to overrun the Roman Empire, St. Augustine (A.D. 354-430) began to formally justify the military defense of the Empire and the participation of Christians in a “just war.” When authorized by legitimate authority, the necessity of taking up arms to defend the common good of the people could become an obligation from which Christians could not withdraw.

Some popes and bishops had their own armies, entered into military alliances and fought wars to gain, control or defend their turf. “Christian Europe” was often racked by wars, some local and limited in time, and some more widespread and protracted. There were attempts by some Church leaders to limit the damage of war but these were often feeble, ineffective and poorly motivated, such as banning fighting on Sundays and feast days.

In the 13th century, St. Thomas Aquinas (1225–1274) organized the most basic elements of what is now known as the “just war" theory. The intent of St. Thomas was to promote peace and set very strict conditions for a war to be considered just. Since the time of Aquinas, countless theologians and secular intellectuals have tried to refine and deepen the guidelines. They have sought to establish principles for when a war may be legitimately initiated, the limits to be placed on the destruction and killing, and also on how to end war justly. All these elaborations presumed respect for the common good of communities and the protection of civilian populations.

Unfortunately, what was intended to make it more difficult to claim that a war is just has been widely misused by all parties in wars to justify their own participation in war. Church leadership rarely challenged such claims of legitimacy and, right up to World War I, bishops would often publicly bless the armies and war machinery of their own countries, implicitly endorsing the claim that their country’s participation in the war was just. Even today, in many countries, military chaplains often wear the uniform and receive the salary, pension and other benefits of military officials.

Of course, Christians are not the only ones who pursue nonviolence. As a well-known example, Mahatma Gandhi is famous for advocating for nonviolent but active resistance to evil. Satyagraha involves the ever more courageous pursuit of truth and love, including a capacity to suffer violence without, in any way, inflicting it on others. Victory over evil is won by winning the heart of a violent opponent, by appealing to reason and conscience, as well as by the peaceful acceptance of unjust suffering. Gandhi admired the teachings of Jesus but quipped that the problem with Christianity is that Christians do not live the Gospel.

Creation of the U.N.

The horror of death and destruction resulting from World War II led to the establishment of the United Nations with the explicit goal of preventing future wars. Efforts were made to establish effective alternative means of resolving disputes between nations. The U.N. has had only very limited success in averting wars. The failure of the U.N. to prevent war is partly structural in that U.N. mechanisms are largely reactive rather than proactive. Moreover, the five “victorious nations” of WW II have veto power in the Security Council that enables any one of these five veto-holding nations to thwart the will of the vast majority of nations. The veto is often used to protect belligerent nations and those that routinely trample on human rights. The failure is also partly political and economic in that particular national “interests” often trump the will of nations to foster the global common good, for example, by preventing the Security Council or even the General Assembly from blocking the transfer of arms.

Today, many doubt that modern war can ever be “just” for a variety of reasons. One of the most widely accepted is the principle of proportionality. The harm done by incredibly powerful weapons is immensely greater than any benefit to be gained by using them. Without even looking at the horrors of nuclear war, we can clearly see that in all modern wars and armed conflicts far more civilians than military personnel are killed. Fifty to eighty million people perished in WW II alone. Our modern weapons are far more deadly than those of WW II. In modern conflicts, the present and the future of whole countries are destroyed, and tens of millions of people become homeless refugees.

As a consequence, within Christian churches, the whole “just war" theory is being called into question. In April 2016, the Vatican was host to an international Conference on Peace. The Conference concluded with “An Appeal to the Catholic Church to Re-Commit to the Centrality of Gospel Nonviolence.” The participants stated with appropriate sadness: “Too often the ‘just war' theory has been used to endorse rather than prevent or limit war…Suggesting that a ‘just war’ is possible also undermines the moral imperative to develop tools and capacities for nonviolent transformation of conflict.”…”The time has come for our Church to be a living witness and to invest far greater human and financial resources in promoting a spirituality and practice of active nonviolence.”…”In all of this, Jesus is our inspiration and model. “Neither passive nor weak, Jesus’ nonviolence was the power of love in action.”

Many of the Conference participants appealed to Pope Francis to reconsider the “just war” theory and issue a new Catholic teaching on nonviolence through an encyclical or participative theological process.

All recent popes have condemned war as an extremely destructive waste of lives and resources that leaves the warring nations and even the whole world worse off than before. Pope Paul VI and Pope John Paul II urged specific nations not to give in to the temptations and false hopes that lead them to initiate wars.

Pope Francis issued an urgent message for the World Day of Peace 2017: “The proliferation of hotbeds of violence produces most serious negative social consequences.” The Holy Father sums up this situation in the expression: “a Third World War in pieces.” Therefore, “we should act within (the realm) of what is possible, and negotiate ways of peace even where they seem tortuous and impractical. Thus, nonviolence can acquire a more comprehensive and new meaning. It will not only consist of desire, of moral rejection of violence, barriers, destructive impulses but also of a realistic political method that gives rise to hope.”

Dignity of every human being

Ultimately, Christian nonviolence is rooted in the respect and dignity afforded every human being because all human beings were created by God to be God’s beloved children. All are redeemed by the gift of Christ, the eternal Son of God who became human with us, suffered death with us, rose from the dead in the power of the Holy Spirit and has now taken our redeemed humanity into the very life of the Trinity. The Spirit of Christ is actively at work in every human heart to enable us to claim our inheritance and learn to be who we are, the beloved children of God called to live in a community of love and to be life-giving for each other. Our vocation is to go beyond nonviolence to achieve mutual love and support in a life-giving community that embraces all humankind.

Social friendship is possible through a courageous and persistent dialogue, open to the truth, between generations which leads to a culture of encounter.

Home to Christians and Muslims, the southern island of Mindanao in the Philippines has been beset by religious conflicts. Hand-in-hand, people of both faiths continue to strive to work for peace,…