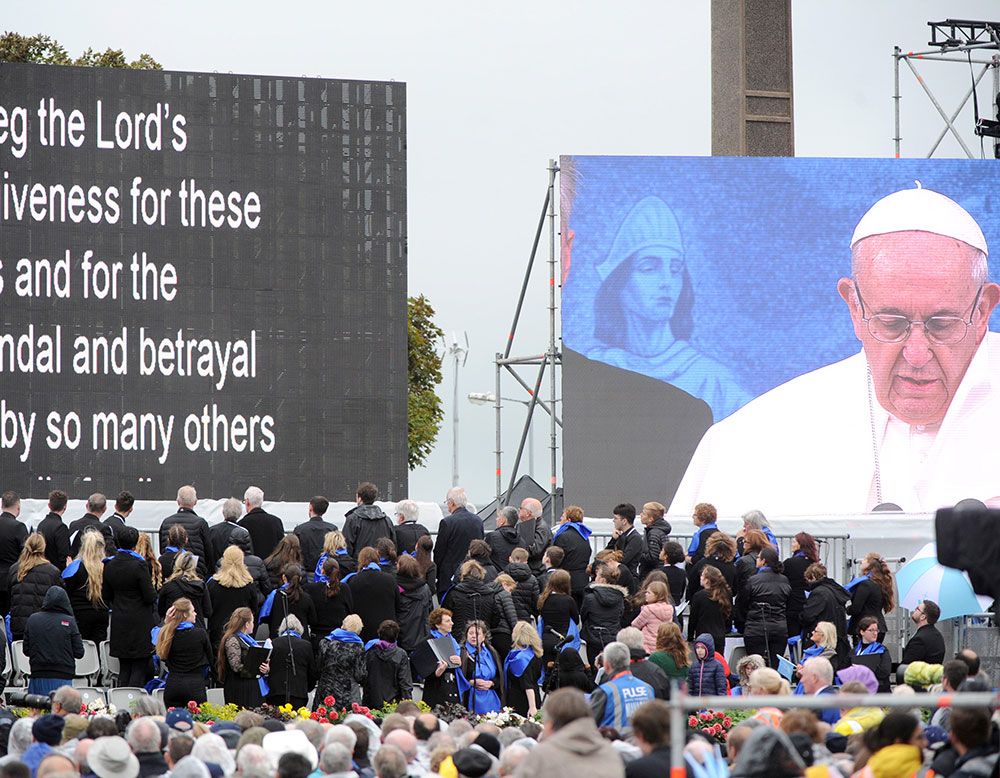 The sexual abuse of children is everywhere, in institutions, in schools, gyms and in the church. The good news is that abusers are being caught, sentenced, and jailed at an ever-increasing rate. It is one of the most potent means to prevent child abuse.

There is more awareness and reporting of child abuse than ever before yet much has yet to be done. Giving justice to the victims prevents the perpetrators from abusing more children. It is a strong deterrent yet it is estimated that hundreds of thousands of abusers are on the loose endangering and hurting children with impunity daily.

The pedophiles are abusing children in their own home, in the community, and on the internet. The biological fathers, live-in partners, and community pedophiles are most frequent offenders but there are clergy too.

Every one of us has a solemn duty and responsibility to stop it. It is challenging and difficult to report abuse although nowadays it is the mandated action, not to report child abuse can make one an accessory.

The victims and survivors of child sexual abuse are the first concern for defenders of children. Child victims have been hurt, damaged and traumatized. They are emotionally stunned into a life of fear and even guilt. The abusers threaten them with punishment or revenge on their families if they report the crime.

If the abuser is a relative or a priest the child is not normally believed and even blamed for lying. In the Philippines there is hardly any reported abuse by clergy. Cardinal Tagle says it is dealt with internally.

The victims are told by religious or parents to forgive the abuser, when in fact justice is what they deserve and need. If the abuser will confess his crime, go to trial, accept penance in jail then forgiveness may come. The children suffer most and need all the protection, care therapy, and support that is possible.

Cover Ups
Reporting child abuse can bring a heavy price but we must not be deterred. When a religious sister at a charity clinic in Olongapo City found in 1983 that eighteen children (the youngest was Jennifer, a nine-year-old), were suffering from venereal disease she reported the terrible revelation to the city mayor. The children said American serviceman from the nearby Subic Naval base abused them and paid them money.

The children were immediately hidden away in a back room of the Olongapo General Hospital. A news blackout was imposed and the sister was warned never to reveal it to anyone. Her conscience bothered her that it would result in a cover up and the abuse would continue. She informed this writer.

I went to the hospital and got in a side door undetected by the guards. The children were in a room together. They told me they were abused daily by U.S. Navy servicemen and local men. There were twelve children; six had managed to escape out of a window. I photographed them with their permission and asked if I could tell their story of exploitation and abuse without revealing their names and they agreed. It was published as a front-page story with photos, their eyes were covered.

There was a strong reaction by the mayor who immediately vilified me in public for exposing the widespread child abuse saying it damaged the image of the city. Olongapo was filled with brothels and sex bars that operated with a mayor’s permit catering to the sexual demands of the sailors of the U.S. Navy and sex tourists.

The mayor organized petitions signed by Catholic and civic organizations to have me declared an undesirable alien for damaging the image of the city. I was put on trial and threatened with deportation. The bishop and priests of the diocese remained silent although my congregation, the Missionary Society of Saint Columban, stood by me and signed a letter of support that was published.

I eventually won my court case against deportation and started a campaign to close the U.S. Military base and convert it to an economic zone to give jobs with dignity. After ten years the campaign succeeded. The sex industry collapsed and many children were saved as a result. Only one U.S. serviceman was put on trial for abusing the children and found guilty. He received a light sentence by a U.S. Military court in Guam.

They don’t welcome whistleblowers. Clergy accused of child abuse were moved to other assignments by some bishops and their child abuse continued. Victims were ignored, intimidated, and paid to stay silent. The institution’s reputation came first.

Report Abusers
What we must do is get help for the children, protect them and report abusers to the civil authorities when there is credible evidence. Matthew 18:1-8 inspires us to put children first as the most important of all and recommends that symbolic millstones be tied around the necks of abusers and they be thrown into the ocean, so seeking justice for victims is the top priority.

Some bishops are being called to account for covering up child abuse. In Chile several bishops have been forced to resign. In Australia Archbishop Philip Wilson, 67, has been sentenced to home detention. Judge Robert Stone said Archbishop Wilson sought to “protect the church and its image” by covering up the crime of Father Fletcher who was found guilty of abusing at least ten boys.

Cardinal George Pell, 77, a senior Vatican official was ordered to stand trial last May 2018 in an Australian court on historical child sexual abuse cases. He denied all charges. Seven percent of Catholic priests who served in the church in Australia between 1950 and 2009 were accused of child abuse.

Cardinal Theodore McCarrick of the archdiocese of Washington resigned a few months ago and was removed from ministry due to decades-old allegations of sexual abuse of an altar boy.

In Pennsylvania a grand jury reported last August that over 1,000 children had been allegedly abused by 300 accused clergymen over a 70-year period

These shocking, abhorrent and horrendous truths would make us greatly ashamed and deeply concerned that so many children suffered for so long without redress or help. We can be angry too that so few, if any, of the perpetrators were ever brought to justice.

But it can be done. This year 2018, social workers at the Philippine Preda Foundation protecting child victims won 14 court cases against rapists and pedophiles. They all received long jail sentences.

Church Is Affected
The prestige and respect for priests and some members of the hierarchy has greatly diminished as a result. Pope Francis ordered zero tolerance for child abuse and called on bishops and cardinals to end their exalted princely status and be humble “washers of feet” and follow the words and example of Jesus. Pope Francis said he is ashamed, and he called abuse by priests, “repugnant, repelling crimes.”

In Ireland during his recent visit he said: “The failure of ecclesiastical authorities - bishops, religious superiors, priests and others - adequately to address these repellent crimes has rightly given rise to outrage, and remains a source of pain and shame for the Catholic community.”

No matter the opposition we must continue protecting children, reporting the abuse and bring the perpetrators to justice and heal the victims.

Europe is facing a refugee crisis of historic proportions. Since 2015, more than one million people crossed the Mediterranean, fleeing war and persecution. Among the immigrants is the Darwish family.…

In a country ravaged by war, forgiveness is the contribution Christians can offer to a society divided along ethnic lines and rivalries. A missionary in South Sudan shares a couple of stories on how…