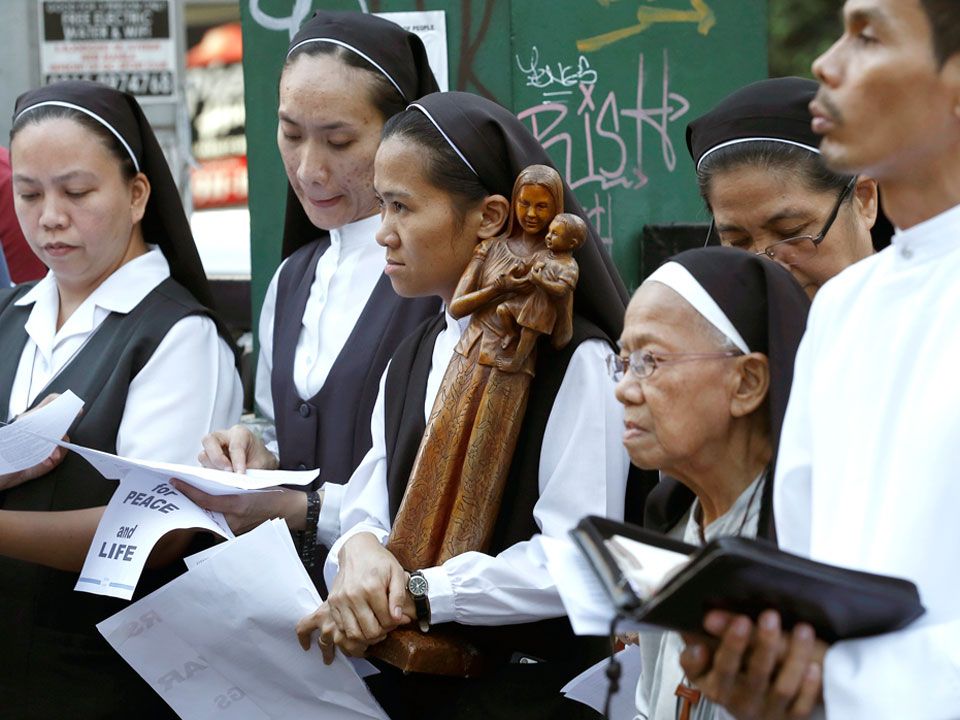 In recent history, a few committed citizens contributed a great deal to the cause of peace. They are inspiring examples to the world. The memories of their prophetic personalities should remain alive as a reminder for all of the need to work for peace.

It is good to turn our attention to the inspiring examples of certain prophetic personalities who contributed a great deal to the cause of peace. In the 1980’s Mikhail Gorbachev withdrew his forces from Eastern Europe and told the West that he had deprived them of an enemy. Vajpayee’s bus trip to Lahore thrilled millions of Indians and Pakistanis and brought the nations closer. Everyone remembers Mahatma Gandhi’s message of non-violence, and the skill he manifested in struggling for justice for his people in the most peaceful manner.

Following Gandhi's example, Martin Luther King, Nelson Mandela, Lech Walesa, and Aung San Suu Kyi adopted a peaceful style of dealing with complex social and political problems. Names like Vinoba Bhave and Baba Amte are remembered for their contributions to peace and service to deprived people. The Dalai Lama’s unfailing smile and stubborn refusal to hate his ‘enemy’ continue to inspire us. Albert Schweitzer used to say that all human beings “should sacrifice a portion of their own lives for others.”  In that consists the key secret for peace.

Every community has its own heroes/heroines of peace. It is good for each of them to keep alive the memories of such glorious persons for the rest of humanity and hold them up for imitation. This is done not with the intention of presenting them as superior to the heroes of any community, but with an eagerness to share what is best in one’s tradition.

Hence, I am making reference to a few committed citizens who were convinced that the core message of Jesus was peace. It is also an invitation to the members of other communities to present to the world their own prophetic persons in order to remind their society of the need to work for peace.

The Gospel of Peace

Peace is not just one of the themes among many others, but the central message and the chief concern of the entire Gospel. On nothing else does the Gospel speak more explicitly and more frequently than on peace. The committed citizens whom I am going to refer to were convinced Christians and they thought that following Jesus was identical with being peacemakers. Not forgetting that all human beings are easily inclined to anger, they would invite people to untrain themselves for war and violence.

They would remember the prophecy of the great seer Isaiah, “Nation shall not lift sword against nation nor ever again be trained for war” (Isaiah 2:4). They would take seriously the words of Jesus, “Peace I give you, my peace I leave with you” (John 14:2).

It is unbelievable that so many of us can be passive and indifferent before the enormous human tragedy of ongoing violence in the world today. That is what made someone say, “the indifference of good people is more shocking than the malice of evil-doers”. We cannot remain uncommitted until we ourselves are direct victims.

Many have lost confidence in peace initiatives. So many peace talks have taken place. So many peace rallies have been held. But things have not gotten any better. We can be tempted to give up. There were times when Desmond Tutu, the Anglican Archbishop of Cape Town, used to feel discouraged during his peaceful crusade against apartheid. He would say, “…sometimes there are moments when you are in the depths, or you have to say to God, ‘God I am tired’. At those times I throw myself into the strain of faith, and I am carried in the prayers, and not just of those on earth.” How inspiring!

Violence Is Not Human

“We are tired of weapons and bullets,” a peasant wrote to the Catholic Archbishop Romero of San Salvador. “Our hunger is for justice, for food, medicine, education, and effective programs of fair development”. Archbishop Romero, himself an ardent champion of justice for the poor, was never tired of repeating, “Violence resolves nothing, violence is not Christian, not human.”

However, once violence takes roots in a society, peacemaking becomes an uphill task. The path seems to lengthen the more you walk on it. You are more likely to see failure at every step than success. We have little choice. “The choice is between non-violence and non-existence”, as Martin Luther King once said. If we do not listen to the voice of wisdom and the whisper of our conscience, our worst fears will come true.

As things are today, fighters are many and peacemakers are few. But we continue to hold on to hope. As the Catholic Archbishop Dom Helder Camara of Recife and Olinda (Brazil) used to say, “Today, as always, humanity is led by minorities who hope against all hope, as Abraham did.” We need to trust in the strength of ideas, the persuasive power of that inner voice that speaks to us, and in the help that comes from God. Public leaders are the custodians of a trust. Their mission is precisely this: give public utterance to the inner voice that speaks to everyone, saying, “God’s plan for humanity is peace.”

I end with an inspiring quotation from the well-known psychologist Sigmund Freud, “The voice of the intellect is a soft one, but it does not rest until it has gained a hearing. Ultimately, after endlessly repeated rebuffs, it succeeds. This is one of the few points in which one may be optimistic about the future of mankind.”

A crime against children

Human trafficking is a horrific crime against millions of people, especially against women and children, and it is increasing in the Philippines. Public perceptions that do not consider trading of…