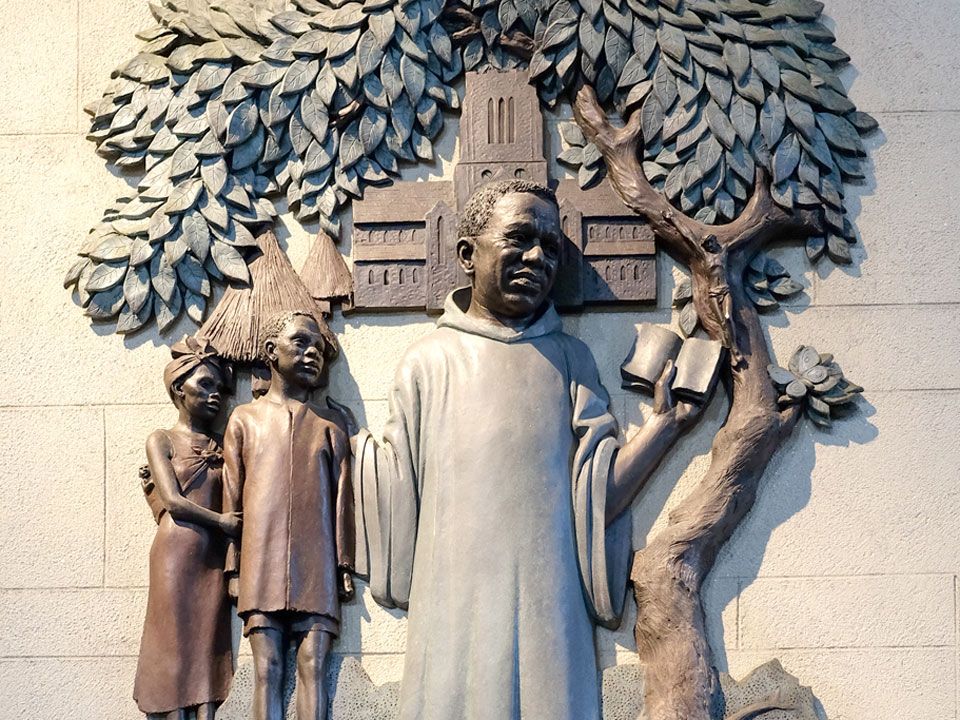 The Root of the Huge Tree

Son of a pagan family, Fr. Michael was a true pastor close to the people, poor and exemplary. He was sent to a monastery in England to prepare him to introduce monasticism to Nigeria, but God had a different plan. Blessed Cyprian Michael was to be the worthy root of the present thriving Nigerian Christianity.

Nigeria is called “The Giant of Africa” because of its huge population and potential riches. According to the Pew Research Center, Nigeria has the largest Christian population of any country in Africa, with more than 85 million faithful belonging to churches of various denominations. The Catholic Church is the largest with 25 million. Nigeria also boasts of the highest number of priests in Africa.

This is the story of a Nigerian Catholic priest and monk who embodies in his person the heroic virtues to introduce Christianity in that country. He is Father Cyprian Michael Iwene Tansi, who was proclaimed blessed by Pope John Paul II during his second visit to Nigeria in 1998.

On that occasion, the Pope said: “Blessed Cyprian received the gift of faith through the efforts of the missionaries, and taking the Christian way of life as his own, he made it truly African and Nigerian.”

The Business of Being a Christian

Blessed Cyprian Michael Iwene Tansi was born in Aguleri, Nigeria, in September 1903, a son of the Igbo tribe. His father, who was a pagan, sent him to a Catholic mission school, with the intention of giving his son a better education to help lead their family out of poverty. The boy was baptized in 1913 in the school, taking the Christian name Michael. Aftergraduating, he became a teacher.

When Michael became a parish priest, he lived an austere life. He made it a point of hiding near the school entrance to catch the student latecomers and would talk to them privately for the cause of their tardiness.

He stood up against oppression of women in the context of their culture and advised them to fight back against those who raped and abused them. On one occasion, a female parishioner was attacked by a group of pagan males. She fought back and Fr. Michael, who was nearby, rode his bicycle to help her. Both of them confronted the perpetrators until they fled. He then encouraged her to bring the assailants to court. She did, and won the case against them. This case was a milestone in the campaign for women’s rights in Nigeria.

While serving in his last parish, Fr. Michael became attracted to the religious life and asked his superiors how to become a monk. At that time there were no monasteries in Nigeria. The bishop was interested in helping Fr. Michael who in 1950 was sent to Mount St. Bernard in England to join the Trappist monks.

Fr. Michael joined the novitiate where after a few years, he took his vows, taking the name Cyprian, after the Roman martyr. No one at the monastery had any idea how he constructed parishes in Nigeria, including his other accomplishments, and he never told them. Despite fears of being treated with racial prejudice, he was eventually accepted by the other monks.

The English winter was also hard on him. Father Anselm Stark, who was at the monastery for 55 years and knew Fr. Cyprian personally, said: “As a person he was very ordinary, very humble, obviously a great man of deep prayer and dedication”.

Because of an illness, Fr. Cyprian was not able to return to Nigeria as he originally planned. He remained at Mount St Bernard. His health deteriorated, and no complaint was heard from him.

One day, Fr. Cyprian went to the Royal Infirmary, and when he was examined, the doctor spoke with another monastery priest, Fr. James, and said: “Can you help me please, Father? This man must be in terrible pain, but he will only admit that he has ‘a little pain.’”

Fr. Cyprian died on January 20, 1964 as a result of a ruptured aneurysm. His body was buried at the monastery in England and later transferred to Nigeria.