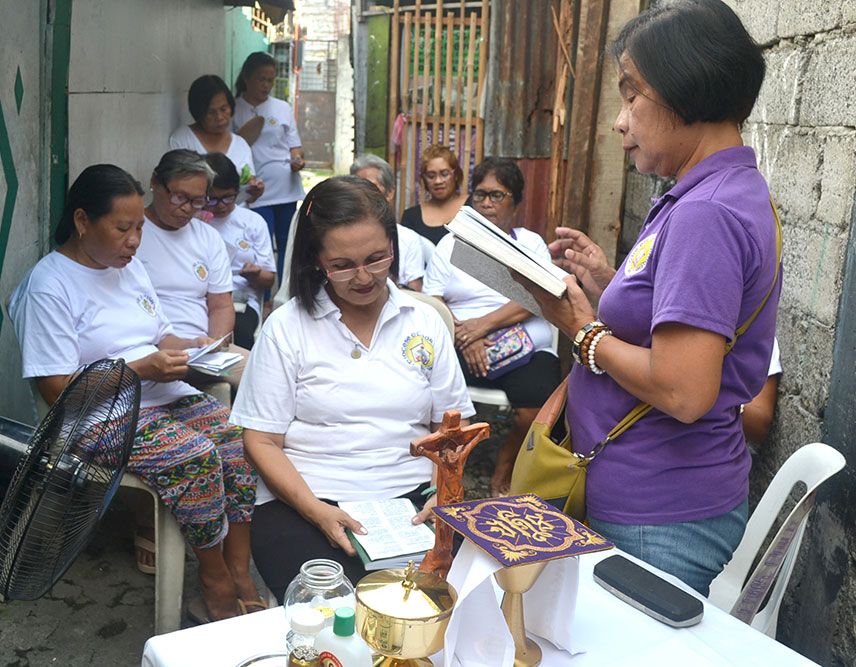 The Bible is a collection of writings inspired by God that carries His Word and authority. The divinely-inspired books reflect the journey of faith of a community that is called to transform the reality into a place where human persons can freely grow.

Many are accustomed to refer to the Bible as a book. In reality, it is a collection of writings, and they are the heritage of the Jewish people. Their production spans several centuries. They reflect the ever-changing circumstances of history and echo opposing views and sensibilities.

These books are now together thanks to a long process of discernment, editing, consensus, and final acceptance by faith communities. This long process might be seen as a human journey to discern simple literature from books inspired by God.

For centuries, Jews, Christians, and even followers of other religions, have been looking at the Bible as a sacred text. All prophets claim to be speaking on God’s behalf. They state clearly that they received a revelation and were told to share it with the people. Other books are silent on God’s intervention and make no special claim on being inspired. The Canticle of Canticles does not even mention God!

No matter what, believers refer to the Bible as inspired by God. This means that the Bible carries the Word of God and has authority because the truth contained there was revealed by God. The sacred text is such not because each single event and word reported there is historically true, but because of divine inspiration.

By inspiration we mean that the texts of the Bible have God as their origin. No one can conclusively explain how God intervened, but it is clear that by declaring a text inspired by God, believers accept that God directed the human author towards a final end.

Community Involvement
Most biblical works are not the product of a single person. They reflect the journey of faith of a community. We can argue that God helped a group of people reach some important conclusions about their faith. These were then expressed as texts. These texts were not written to be read by the public. In antiquity, sacred texts were proclaimed to the community.

The interaction between reader/proclaimer and the community would also have an impact on the final text. In fact, a text is responsible for the creation of ‘meaning’. The meaning might be part of the text as intended by the author, but also can be acquired by a text in relation to the larger textual unity where they are placed. God’s action in relation to single persons and a whole community of faith can be seen as the inspiration needed to reach a certain text.

Thus inspiration does not end with fixing a text. It continues with numberless readings through time. It is clear that today we understand the Bible and interpret its content differently from the past. Our understanding is no less valid, and the Word becomes Word of God in our hearing/reading it, continuing the inexplicable action of God through his Word. In doing so, communities of believers around the world help discover the many layers of meaning of the Word.

Bible And Social Transformation
The Bible is the Word of God, a word with a purpose. It ought to guide us in our lives, in following God’s plan for the universe. If the Christian community has a purpose, then the Word is the blueprint to follow. We are called to change the reality around us and to transform it into a place where human persons can freely grow into developing all the talents God gave them. It is enough to read the sacred text to realize that the concept of transformation is constantly there, like a faint watermark which shines through.

The Bible starts with Genesis, telling us of creation. God has a role in this: He is the Creator. This very act requires transformation. The Hebrew sages speak of tzimtzum (contraction). Since God was the only reality existing before creation, He had to limit Himself to make space for the universe. God had to transform His essence in order to give life to all we know.

The apex is reached on the sixth day. God said “let us make the human being.” God here speaks in the plural form; who is He talking to? Many explanations have been offered in the past. God spoke to the created beings surrounding Him; God spoke to the angels who were helping Him; and so on.

There is however another possibility: God spoke to the human being. Men and women are not born thus. At birth they are defenceless beings. Yet, they are given life and talents to develop and use. Not every person is capable of this journey. To make a human being is, after all, a project that involves the person and God. We can see in these words the echo of God’s invitation to us: let us work together and transform this living reality in a true person, a true image and likeness of God. God supervises this journey from the unknown, the disorder of chaos, to a higher level of sophistication. Creation is the living witness of a journey of transformation.

Social Justice
Later in the Bible we find the great era of prophetic revelation. Some people allowed their spirit to grow in them to fine tune it to God. Their evaluation of history, of everyday experience, led them to understand that God does not want sacrifices. What God wants is social justice. “Do I drink the blood of your bulls?” God asks. I do not want sacrifices, “what I want is love, not sacrifice” (Hosea 6:6). “Amend your ways and act justly with all; do not abuse the stranger, orphan or widow …” (Jeremiah 7:6). True worship requires a change of heart, a change of mentality, a true conversion of our ways so that we act with social justice in mind, caring for the last in society. This requires a great effort in transforming our society from a place where interest and personal benefit reign, to a place where the person is placed at the centre.

With the advent of Jesus, the focus on social transformation became even clearer. Jesus announced the coming of the Kingdom of God. The Aramaic expression behind these words is malkut. Malkut can be translated as kingdom, but also as lordship. When Jesus spoke to the crowds, they understood that this master meant God’s lordship.

God’s Lordship
Flipping through the Gospels, especially those of Matthew and Luke, one cannot fail to see that Jesus is advocating for a great social change. God’s lordship is not a reality for the afterlife. God wishes a change in society right now. Luke devotes most of his pages to explaining God’s closeness to the poor and the marginalized, those who want to build a different level of relationship.

Matthew is more subtle, perhaps. The Sermon of the Mount (chapters 5-7) crystalize Jesus’ message. At the beginning of those chapters we find the Beatitudes. The very first says “blessed are those who choose poverty for the Spirit” The last one says “Blessed are those who are persecuted for the cause of justice.” These are the only two beatitudes in the present tense, all the others are in the future tense.

The meaning is clear: when these two are accomplished, the other will also become true. There is only one choice for Jesus’ followers: to choose sobriety in life and accept the persecution that comes when one sides with the poor. These transformative choices are foundational to allow God’s lordship to hold ground among us, for God has chosen to act in the world through our work.

At the end of the Bible we find a strange book: Apocalypse. The author used a style that allowed him to express judgment on the political situation of his time through a series of imaginative visions that were clearly understandable by his readers. We find those images difficult to understand only because we no longer speak in that way. At the end of the book, the New Jerusalem finally descends from the heavens to become the common dwelling of all people. In that city, one finds the Tree of Life that heals the nations and allows the follower of Christ to have life eternal; that is a life that cannot be imprisoned by decay or death. There is neither sun nor moon in the city. God is the light necessary for life.

The Bible ends with a vision of total life, a life in a new environment where we all shall be transformed and allowed to live in a new relationship. The lordship of God will then be apparent. All will have the opportunity to participate in God’s life, deeply transformed in their being, living in true cooperation with the Father. To reach there we have a grand map. The Word of God is the manual of social transformation we need to listen to.

Economy With A Human Face

We agree that the economy has its importance. However, economic success cannot become the ultimate goal in human affairs. When people are evaluated only in market terms, they become mere objects. The…