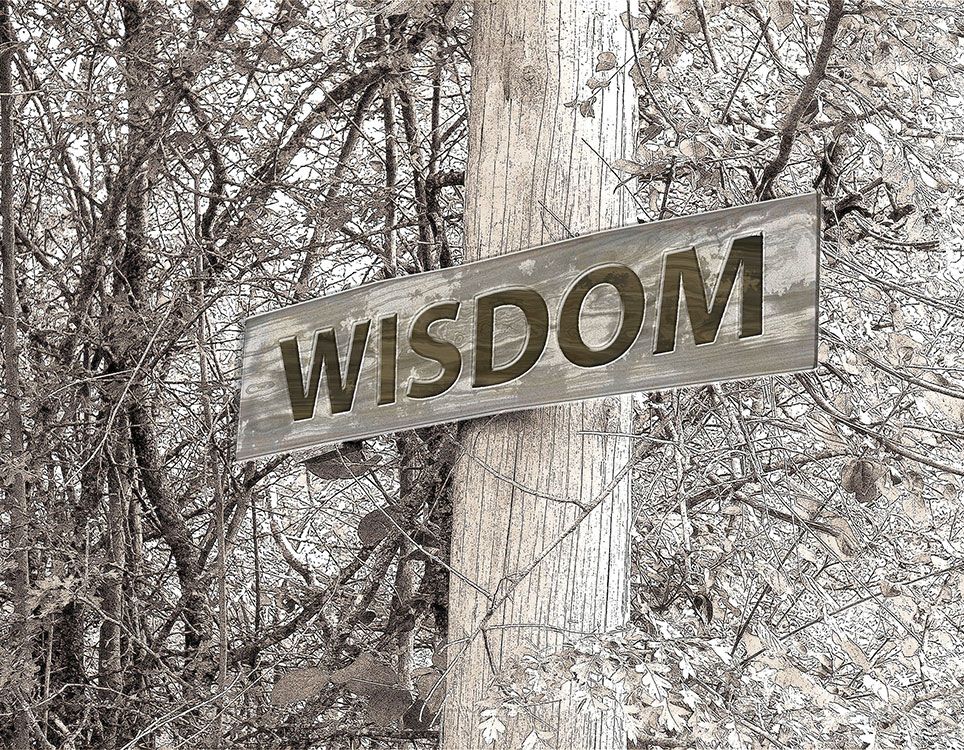 The Ten Commandments are words of wisdom and salvation offered by God to His people. Inspired by Pope Francis’s audiences on the Ten Commandments, Fr. John Taneburgo will be spelling out this year the “ten words” that make up the Decalogue.

When we read what the book of Genesis says about the relationship between God and His children before they turned their backs on Him, we see that it was a relationship rich with love, peace and harmony between God’s heart and human hearts. But after the original sin, the first human beings found themselves in a situation of misery, unhappiness, poverty and inner death. They were in need of salvation.

God did not abandon His children. Instead, He continued loving them and, without any hesitation, He conceived a plan of salvation that He started fulfilling right away. The commandments given to Moses and through him, to the people of Israel, were part and parcel of that plan.

Surprising many people who could not imagine Pope Francis treating the Ten Commandments well, the Holy Father has given beautiful messages during seventeen public audiences, first about our theme in general and then about each Commandment. Following His line of thought, we consider the main characteristics of the “ten words” as Exodus 20:1 calls the Commandments given first to the people of Israel, then to the Church and to humankind.

1. The Ten Commandments are not instruments for God to impose His will on His children, but words of supreme wisdom pointing out the way to freedom and fullness of life. In response to such liberating intervention by God for the salvation of all, His children keep them in love and gratitude. God is faithful and He always keeps His promises; His people are called to be faithful, too. This is why in Deuteronomy 30: 9-10 Moses says to the people: “Yahweh your God will delight in your prosperity if you obey His voice by keeping his Commandments and if you turn to Him with all your heart and soul”.

2. The observance of the Ten Commandments in love is the result of a profound experience of God similar to the experience of Moses during the forty days and nights he spent in God’s presence. “When Moses came down from Mount Sinai with the two tablets of the testimony in his hands, he did not know that the skin of his face was radiant because he had been talking to God (Exodus 29: 29-30).

3. The Ten Commandments enable us to avoid thinking only about ourselves and our selfish interests, but also to be concerned about others, respecting and loving them. In fact, the Ten Commandments present the values which sustain  life while our world has become “a desert of values” forgetting that where there are no values human dignity  is humiliated, people are unable to distinguish  what is good from what is bad, what is right from what is wrong. A person without consideration for the Commandments becomes a victim of restlessness and has no consideration for life and all its components.

4. The observance of the Ten Commandments is based upon a deep sense of gratitude towards God and generates deeper gratitude towards Him. Pope Francis says: “How many beautiful things God has done for us! How generous is our heavenly Father!”  Pope Francis has pronounced strong words against an educational system centered upon obligations without stressing God’s generosity and tenderness.

5. Only in Christ Jesus are we able to really know what God has meant to tell us through the Ten Commandments and we are able to live them in a creative way. Pope Francis has said: “In Christ and only in Him the Ten Commandments become the authentic truth of human life, that is: desire for love, joy, peace magnificence, benevolence, goodness, faithfulness, fidelity, meekness and self-control.”

6. The observance of the Ten Commandments calls for the value and necessity of the cross. In fact, these “ten words” of God make us understand that without sacrifice there is no goodness and that it is through death to the world of sin that “we live as children of God in gratitude, obeying Him with joy, for all that He has done, does and will do in us”.

May we always bless God our Father through the intercession of Mary and in Christ Jesus as the Spirit strengthens us.

Happy for Being a Missionary

On the occasion of the golden jubilee of my priestly ordination (June 28, 1968), I am happy with my priesthood and with my missionary life. I thank God for all the gifts he has bestowed on me, for…

Into the “no man’s land”

A heart filled with passion for service to the young has brought Fr. Vicenzo to go beyond peripheries into the “no man’s land” – the dark corners, inhospitable situations of abuse and exploitation –…

In a new series devoted to the evangelical Beatitudes, Fr. John analyzes each of the eight blessings taught by Jesus of Nazareth. They are, as if it were, the road map of Christian life.