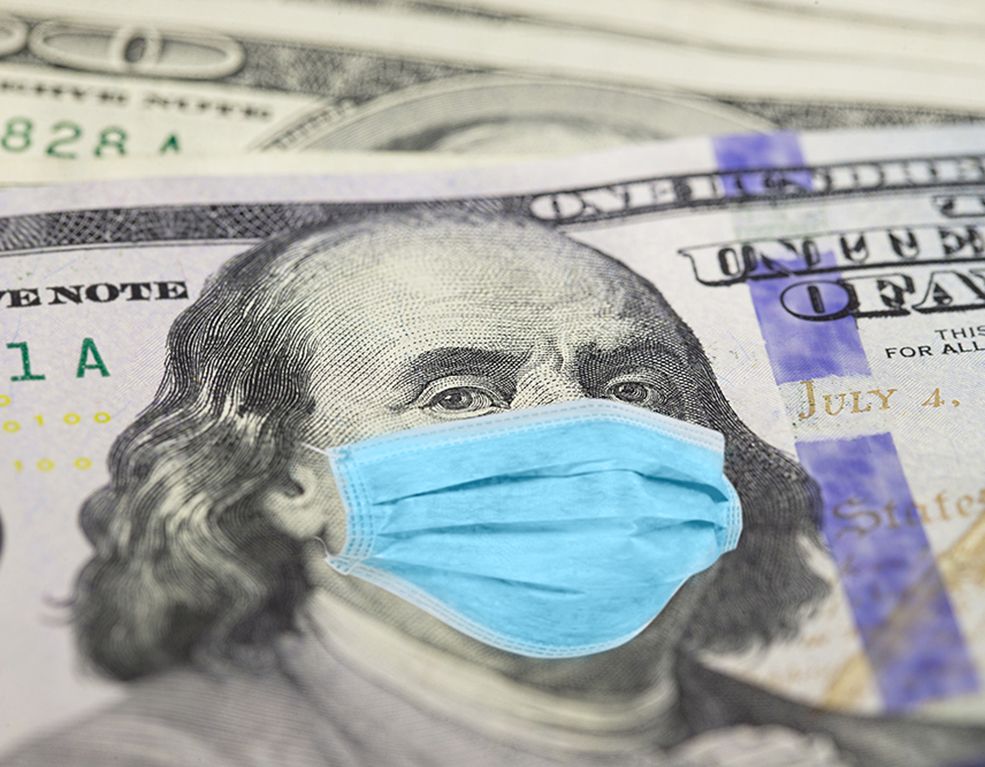 The phenomenal rise in extreme poverty–for the first time in 20 years–has been accompanied by an upsurge in the incomes of the world’s billionaires and the super-rich.

Addressing poverty eradication on the International Day for the Eradication of Poverty in October last year, UN chief António Guterres warned that the impacts of the COVID-19 pandemic are falling “disproportionately on the most vulnerable: people living in poverty, the working poor, women and children, persons with disabilities, and other marginalized groups.”

The paradox of poverty amidst plenty is being blamed largely on the coronavirus pandemic which has driven millions, mostly in the developing world, into a state of perpetual poverty. The rich are getting richer and the poor poorer–which may also reflect the realities of widespread economic inequalities worldwide.

The world’s total population is around 7.8 billion, and according to the UN, more than 736 million people live below the international poverty line. A World Bank report said extreme poverty is set to rise, for the first time in more than two decades, while the impact of the spreading virus is expected to push up to 115 million more people into poverty.

Extreme Poverty
The pandemic, which is also compounding the forces of conflict and climate change, has already been slowing poverty reduction, the World Bank said. By 2021, as many as 150 million more people could be living in extreme poverty.

In contrast, the wealth of the world’s billionaires reached a new record high in the middle of the pandemic, primarily as “a rebound in tech stocks boosting the fortunes of the global elite,” according to a report released by UBS Global Wealth Management and PwC Switzerland.

Providing a sheaf of statistics, the report said total wealth held by billionaires reached $10.2 trillion last year, described as “a new high,” compared with $8.9 trillion in 2017. The number of billionaires worldwide has been estimated at 2,189, up from 2,158 in 2017.

The rising earnings were mostly from three sectors, including tech, health care, and industry–a trend accelerated by the pandemic. But the study also says the rise in billionaires has led to greater philanthropy, with some 209 billionaires pledging $7.2 billion in donations.

At the other end of the scale, billionaires have seen their fortunes hit record highs during the pandemic, with top executives from technology and industry earning the most. The world’s richest saw their wealth climb 27.5% to $10.2tn (£7.9tn) last year, according to a report from Swiss bank UBS.

Pooja Rangaprasad, the Director of the Policy and Advocacy Financing for Development (FfD) at the Rome-based Society for International Development (SID), told IPS “philanthropy or charity is not a substitute for systemic solutions.” Many developing countries are already on the brink of debt crises which is further exacerbated by a broken international tax system that allows wealthy corporations and individuals to pay little to no taxes, she pointed out.

“Unless global economic solutions are prioritized to ensure developing countries have the fiscal space to respond to the crisis, the consequences will be devastating with millions being pushed back into extreme poverty,” she warned.

Governments need to urgently agree on systemic solutions such as debt cancellations, a binding and multilateral UN framework for debt crisis resolution that addresses unsustainable and illegitimate debt, and a UN tax convention to fix loopholes in the international tax system, argued Rangaprasad.

Additional Resources
Professor Kunal Sen, Director of UN University World Institute for Development Economics Research (UNU-WIDER), told IPS the pandemic is going to push millions of households into poverty all around the developing world. “The challenge for the international community is to channelize additional resources through Official Development Assistance (ODA) to low-income countries, where global poverty is concentrated”.

“The UN can play an important role in mobilizing resources for financing the efforts of the member states to counter the effects of the pandemic on the poor and vulnerable in their own countries”, said Dr. Sen, who is also a professor of development economics at the Global Development Institute, University of Manchester, UK.

The projected rise in poverty has also undermined one of the UN’s 17 Sustainable Development Goals (SDGs) which had targeted the eradication of extreme poverty and hunger by 2030.

According to the World Bank, “extreme poverty” is defined as living on less than $1.90 a day. The projected increase in poverty would be the first since 1998 when the Asian financial crisis shook the global economy.

Before the pandemic struck, the extreme poverty rate was expected to drop to 7.9% in 2020. But now it is likely to affect between 9.1% and 9.4% of the world’s population, according to the bank’s biennial ‘Poverty and Shared Prosperity Report’.

“The pandemic and global recession may cause over 1.4% of the world’s population to fall into extreme poverty,” said World Bank Group president David Malpass. He said that to reverse this “serious setback”, countries would need to prepare for a different economy post-COVID, by allowing capital, labor, skills, and innovation to move into new businesses and sectors.

Malpass said World Bank support would be available to developing countries “as they work toward a sustainable and inclusive recovery”, with grants and low-interest loans worth $160 billion to help more than 100 poorer countries tackle the crisis.

Ben Phillips, the author of How to Fight Inequality, told IPS the concentration of wealth amongst a handful of oligarchs, and the spread of impoverishment to hundreds of millions more people, is not the disconnected coincidences that the super-rich claim, but are two sides of the same bad penny. He said COVID-19 has not created obscene inequality, but it has supercharged it. In this systemic crisis, the healing impact of philanthropy will be no greater than a novelty sticking plaster on a gaping wound.

Humane Economy
As the Pope, the UN Secretary-General, the President of Ireland, and the Prime Minister of New Zealand have all pointed out, there is only one non-disastrous way out of this, and that is a rebalancing of economies to serve ordinary people, he noted.

“That is absolutely doable–indeed, we’ve done it before – but markets cannot self-correct, and elites never bestow a fair economy from on high. Only pressure from ordinary people can win an economy that is humane and safe,” declared Phillips.

Dereje Alemayehu, Executive Coordinator, Global Alliance for Tax Justice, told IPS inequality is rising in every country; so also, is the income of billionaires. These are causally linked. “Multinationals and the wealthy do not pay their share of taxes, thus depriving countries the public revenue needed to address inequality.”

Furthermore, he said, the prevailing international financial architecture denies developing countries their right to tax their share in the global profit of multinationals. To adequately address inequality, national governments should introduce progress and redistributive tax systems. But this would not be enough.

“Developing countries should also reclaim their taxing rights on global profit. For this, a UN-led intergovernmental process, in which member states participate on an equal footing, should be established to pave the way for the reform of international tax rules and standards,” said Alemayehu, who is also Senior Advisor – Economic Policy at Tax Justice Network Africa.  Published in Inter Press Service (IPS)