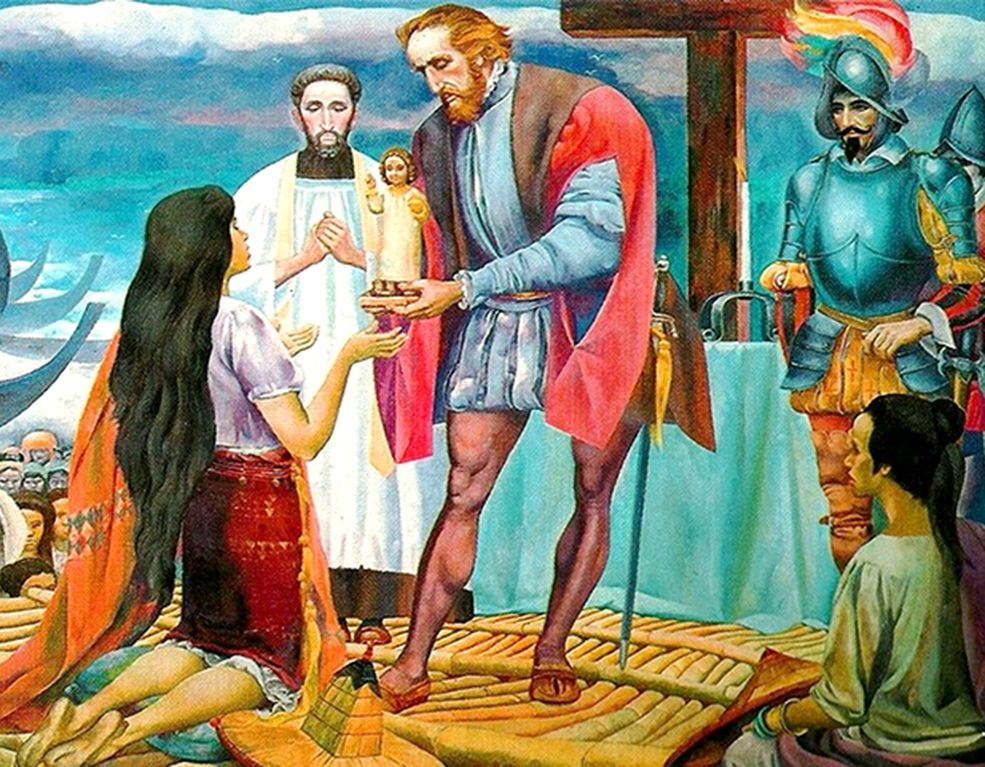 The Fascination of the “Little Boy”

On March 16, 1521, Magellan and his Spanish fleet arrived in the Philippines. The first Mass was celebrated at Limasawa. The newly baptized Queen Juana received the statue of the Santo Niño, like the seed of faith. It was the birth of Christianity in this country.

Five hundred years ago, on March 16, 1521, an unusual happening marked the beginning of a new era for the large archipelago in the China Sea that constitutes the Philippines: a small Spanish fleet headed by Ferdinand Magellan docked on Cebu Island.

The first Mass was celebrated on Easter Day, March 31, 1521, according to Magellan’s journal writer, Antonio Pigafetta.  The celebrant was the expedition chaplain, Fr. Pedro Valderama and it happened in a place identified by Pigafetta as Mazaua, which is recognized as the present-day Limasawa.

The approach with the local population was friendly. We have news of the mass baptism of Raja Humabon, the chief of the place, and 800 of his subjects. Raja Humabon took the name of Carlos, like the king of Spain, and his wife was baptized Juana, like the queen.

As a baptismal gift, Juana was presented with the image of the infant Jesus which she chose over the images of Christ and the Virgin Mary. The mass baptism in Cebu can be considered as the birth of Christianity in the Philippines.

Violent Resistance
But not everybody was welcoming. The first defeat inflicted by Filipinos on Western invaders took place on April 27, 1521, at Mactan Island, when followers of a local chief, Datu Lapu Lapu, repulsed a force of 49 Spaniards with some native warriors, led by Ferdinand Magellan.

According to Pigafetta’s account, it was Magellan who sent a message to Lapu Lapu in these terms: “Obey the King of Spain, recognizing him as your sovereign, and pay us your tribute. If you refuse, you will see how our lances wound.” Lapu Lapu proudly replied, saying that they too had “lances of bamboo and stakes hardened by fire.”

In the battle that ensued, Spanish swords and guns were pitted against iron-tipped spears, arrows, and even stones. With their numerical advantage, Lapu Lapu’s men overcame the invading force, killing four Spaniards including Magellan.

The Cost Of A Conquest
After the battle, Juan Sebastiàn del Cano succeeded Magellan as head of the expedition, and ordered the immediate departure of his fleet, returning to Spain in September 1522, and completing the first circumnavigation of the world.

Magellan’s convoy had left Spain on August 10, 1519, with five ships and 286 men on board. Those who came back under the command of Del Cano were 18 men in one single ship, three years later. Magellan and his team had paid the supreme sacrifice for their daringness.

Only thirty years had passed since the discovery of the new world by Christopher Columbus. Whole continents were now opened to the courage and endurance of the Iberian people— the Spaniards and the Portuguese. The Filipinos may have intuited all this unconsciously as they fell under the spell of the Santo Niño.

The Holy Little Boy
Over time, the image of Santo Niño was lost, until the arrival of another Spanish conquistador, Miguel Lopez de Legaspi in Cebu, whose crew found a Santo Niño statue amid some ruins.

The new Spanish arrival took the discovery of the holy image as a sign that God approved the conquest and the Christianization of what would become the Spanish Philippines. A church was later built in the area where the relic was found, which became the present-day Basilica Menor del Santo Niño de Cebu.

Cebu City prides itself as the cradle of Christianity in the Philippines. It has a memorial of Magellan’s Cross, and the Basilica of the Santo Niño houses two of the three oldest Christian relics in the country–the image of the “Ecce Homo” that the Queen of Cebu declined as a baptismal present from Magellan, and the Santo Niño that she accepted and doted on.

The image of the Santo Niño, the little boy Jesus, in elaborate dress tacked in a revered corner of most Filipino homes, comes with 500 years of history that we are celebrating.

This comes with the Spanish conquest. But the country’s history must be remembered as it unfolded, both the good and the bad. From the Spanish sowed Christian faith, sprung the revolutionaries who fought for the freedom of the Filipino people.

From a symbol of conquest, the Santo Niño has evolved into a symbol of every Filipino- dressed as a chef, a jeepney driver, pilot, judge–a familiar icon guarding and blessing homes and offices.

“We made the Santo Niño in the image of our likeness,” historian Ambeth Ocampo said. “In a sense, the Santo Nino was indigenized (better: indio-genized). The foreign was made our own not only as a form of accommodation but also as a pattern of resistance.”

Atop a mountain inside the Philippine National Police (PNP) regional office in Camp Kangleon, Palo, Leyte, stands a 20-foot statue of the crucified Jesus. The work of art represents the PNP’s…

“I Interact with Different Cultures”

Avegail Sison is a cabin crew member of Philippine Airlines, the country’s national flag carrier. She concedes that “God is a priority” in her life, and therefore, is able to reconcile a demanding…