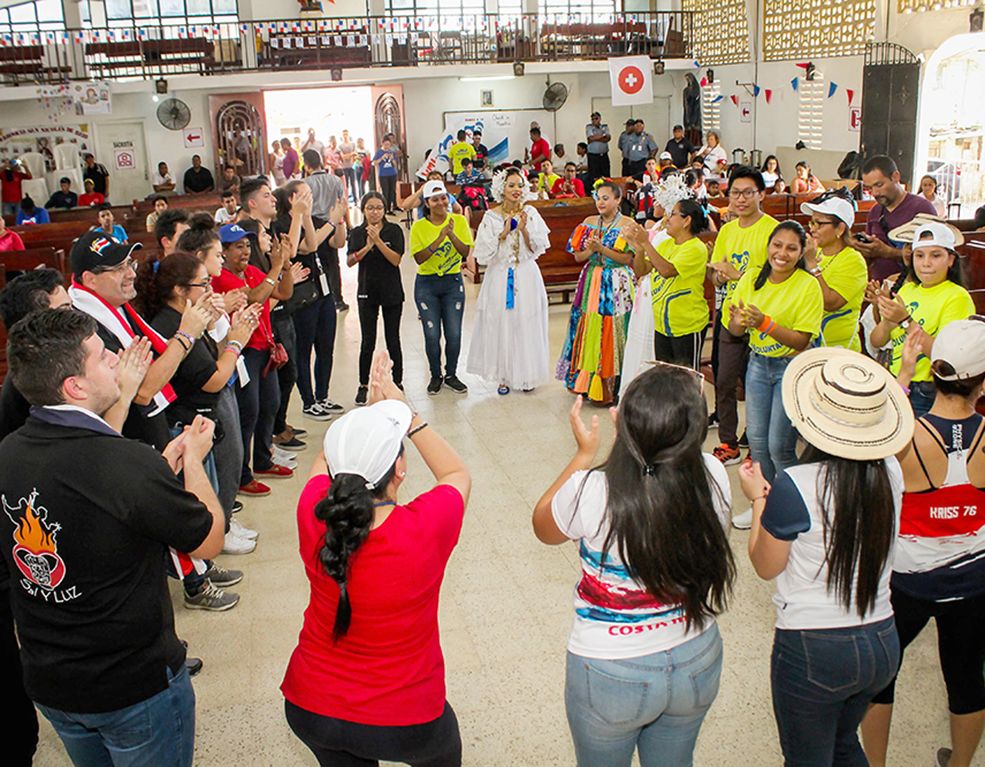 Vocation in the Community

To dare to follow a path of integral vocational discernment accompanied by the community is to dare to confront oneself and give a Christian response to the concerns of today’s world.

Since History repeats itself, there seems to be inevitable friction between the generations. On the one hand, young people do not accept what is imposed on them by society; on the other hand, the older ones–the authorities of society–complain about the neglect and rebelliousness of the younger ones.

The incessant questioning of young people, “why does it have to be like this?” is offset by the shaking of the adults’ heads. Meanwhile, the adults grumble that “in my time it was nothing like that. There was respect. Children obeyed their elders,” etc. In any case, no one seems to understand that the adults were also, once, the complainants of the welfare state.

What does this mean? Did they simply surrender to the forces of the social authority of their time? Of course not! If so, the society that we have now would be a carbon copy of the one before. This is not the case. This only means that it is always easier to resort to resignation than to consider and make fundamental changes. Adults are aware of the difficulties of fighting against the current and, in some way, try to protect the young.

Often, this desire for protection takes on an imposing and almost blind character and blocks the intergenerational relationship. However, does it make sense to lower your arms in the face of this possibility? Rather, is it not a matter of fighting for a joint journey in which the experience of some helps to make the changes that others want to make?

It is said that an old donkey does not learn languages, so the younger ones are called to take the first step towards a fruitful relationship between generations. Not because older people are unable to do so, but because the boldness that characterizes youth facilitates the beginning of a path that was never done alone.

Vocation does not exist in isolation from others, nor does it survive if it is lived only hand-in-hand with those who think like us. To dare to follow a path of accompanied vocational discernment is to dare to confront oneself, with one’s insecurities and with the very fragility of what one wants.

After all, vocation is not the result of a selfish desire, but of the dream of God that meets the authenticity of what we are–without mutilating or blocking us in what truly makes us happy and fulfilled.

Going Further
Brazilian writer and journalist Clarice Lispector says that “those who walk alone may even arrive faster, but those who are accompanied with certainty go further.” Now, when it comes to vocation, there is always talk of “going further”, even though that does not mean arriving quickly.

On the other hand, that doesn’t mean standing still either! Rather, setting out on the journey and, in the face of difficulties, living the discovery of your vocation means living life in a safe, profound, and authentic way.

This accompanied path cannot be confused with a path full of people! We often think that being part of a group of young people and “working hard in the Church” is enough for this vocational accompaniment. After all, God is present in these groups and these activities–we can feel Him!

However, as Pope Francis warns, in the groups to which we belong, “They may feel that they are experiencing fraternity and love, but their small group may become nothing other than an extension of their own ego.”

This is even more serious if they think of lay vocation simply as a form of service inside the Church: serving as lectors, acolytes, catechists, and so forth. They forget that lay vocation is directed above all to charity within the family and social and political charity. (Post-Synodal Apostolic Exhortation Christus Vivit, n. 168)

Charity
The commitment of charity is one that springs from faith–a faith capable of transforming the world! It is not a question of understanding vocation as an act of little charity, but of understanding it as a surrender and service of love to humanity. For this reason, no vocation is detached from justice, human rights, or mercy.

Rather, these are the basis of the whole vocation–insofar as the meaning and the very essence of the human being are inscribed in it. Thus, discerning and fighting to live the authenticity of the vocation and truly fighting for these values, which, as we know, are not easy to achieve. It takes time and requires strength and the communion of the maximum forces that can join us. However, happiness is not a race against time, but a walk with time–a time that is lived humanly, hand-in-hand, and never in isolation.

Faced with the challenges of today’s world, the many injustices, the violence, the hunger, and the destruction of life, the Pope proposes to young people a path of integral vocational discernment: a path that does not close their eyes to reality, but rather that goes beyond the navel itself.

It is a path that was constituted by the construction of a social friendship, which is quite different from the paths of resignation and imposition. Building this path is not easy. “It always means having to give something up and to negotiate, but if we do it for the sake of helping others, we can have the magnificent experience of setting our differences aside and working together for something greater.” (Post-Synodal Apostolic Exhortation Christus Vivit, n. 169)

The path we travel can only be authentic if lived in a community; a community that despite its difficulties, the different ways of thinking and acting, only subsists hand in hand with the entire human race. This fight is not a waste of time! “Social engagement and direct contact with the poor remain fundamental ways of finding or deepening one’s faith and the discernment of one’s vocation.” (Post-Synodal Apostolic Exhortation Christus Vivit, n. 170).

Vocation In The Community
Despite the differences and difficulties of dialogue, it is in the community that the vocation is borne; it is there that the “life in abundance” we yearn for germinates; not because this life leads to “getting rid of the community”, but because it allows you to live with it and for (at the service) it.

It is not about becoming a slave to the community, but about making our action a service that integrates and mirrors what we truly are and want to be. If today we do “many things for the Church”, daring to live our vocation will lead to being “many things in the Church”! It will no longer be an activity/ responsibility that we have to do for others, but a service of ours–in which we fulfill ourselves and through which we go on the paths of our vocation.

You Hold The Key To The Future
Daring to walk a path in and for the community implies daring to change– both ours (because we are obliged to decentralize, to look beyond our self) and community (insofar as we become in the community ambassadors of good and builders of a fairer and more humane world).

Attentive to this challenge of change, Pope Francis urges us, saying: “I ask you also to be protagonists of this transformation. You are the ones who hold the key to the future! Continue to fight apathy and to offer a Christian response to the social and political troubles emerging in different parts of the world.” (Post-Synodal Apostolic Exhortation Christus Vivit, n. 174).

Vocation, as a gift of God, seems like a path that we go through with joy, enthusiasm and sharing life with someone who helps us in this process of discernment, fulfillment and happiness.

Youth is Gift and Grace

Vocational discernment is a way that allows us to discover our vocation, which is God’s gift for us and the world in which we live.

We Are a Mission

In vocation, the missionary dimension is always present. We are a mission. Therefore, we put ourselves at the service of all those we love, those around us and even those who live beyond borders.