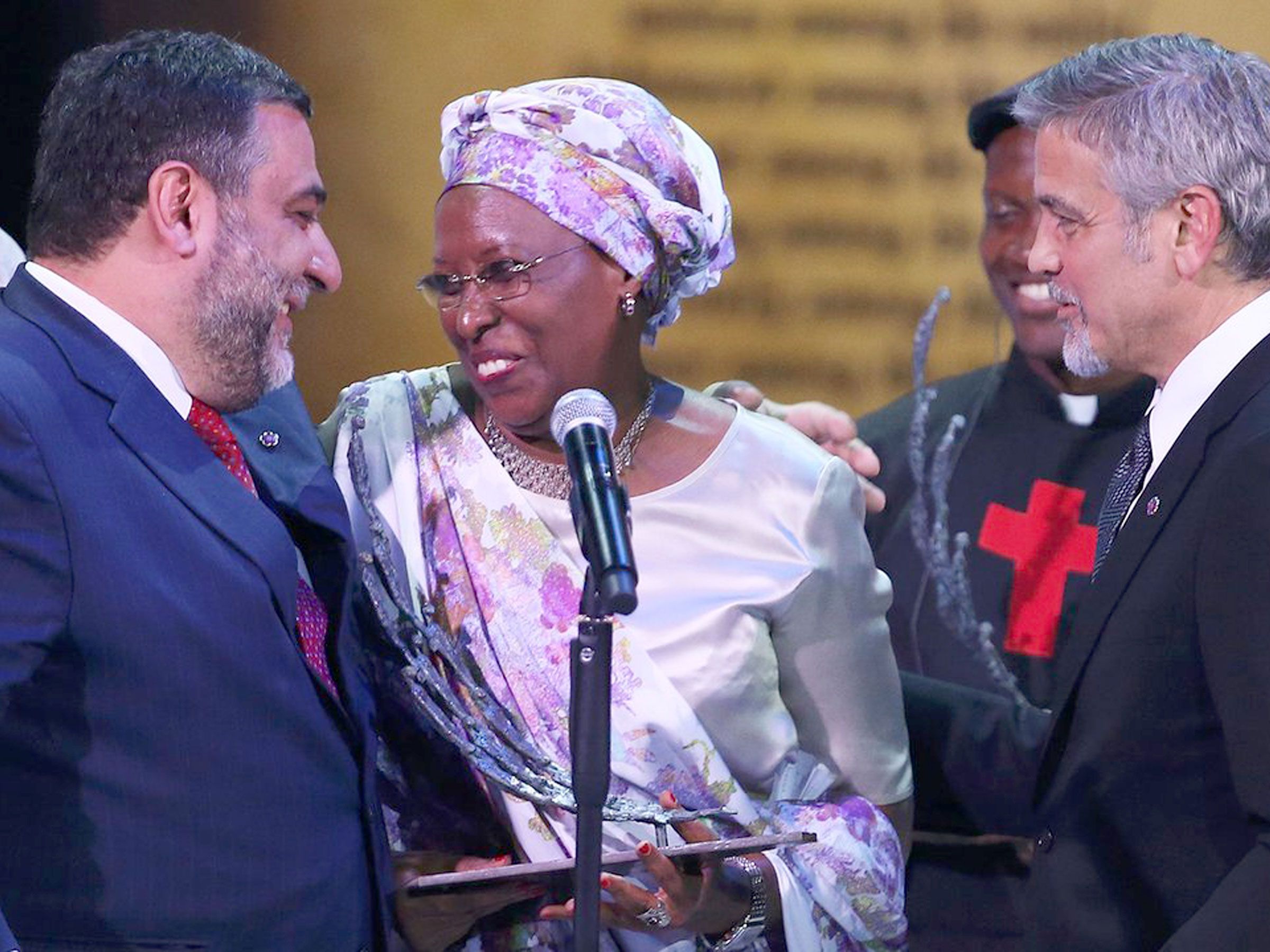 George Clooney has presented a $1.1 million humanitarian award to a Burundi Catholic woman who offered sanctuary to thousands of orphans.

Clooney presented the first Aurora Prize, an award recognizing an individual’s work to advance humanitarian causes, to Marguerite Barankitse. “By recognizing Marguerite Barankitse’s courage, commitment and sacrifice, I am hopeful that she can also inspire each one of us to think about what we can do to stand up on behalf of those whose rights are abused and are in most need of our solidarity or support,” Clooney said.

Barankitse, 59, began her work during Burundi’s civil war in the early 1990s. Clooney said she was a “reminder of the impact that one person can have even when encountering seemingly insurmountable persecution and injustice.” Many of Barankitse’s own family and friends were killed in Burundi’s conflict, some “right before my eyes,” she said, but “I had my Catholic faith and I kept hearing the Lord’s message, and it was ‘Do not be afraid, I am with you,'” Barankitse stated.

She added: “If God had not been with me, I would have probably tried to take my own life. We need to support each other as a human family, and to say ‘never again!’ No more dictators who oppress the people and receive money and arms from the international community. How is it even possible that these tyrants exist in the 21st century? We must take appropriate measures.”

Three of the four finalists for the award were Catholic. The others shortlisted were Fr. Bernard Kinvi, a priest who saved 1,500 Muslims from slaughter in the Central African Republic; Dr. Tom Catena, the sole surgeon for 750,000 people in the Nuba Mountains in Sudan who said his work is inspired by St Francis of Assisi; and Syeda Ghulam Fatima who has worked to end bonded labor in Pakistan.

The Pontifical Academy for Life has relaunched an appeal calling for ethics in artificial intelligence. The petition is contained in the article “Contributions from the Catholic Church to Ethical…