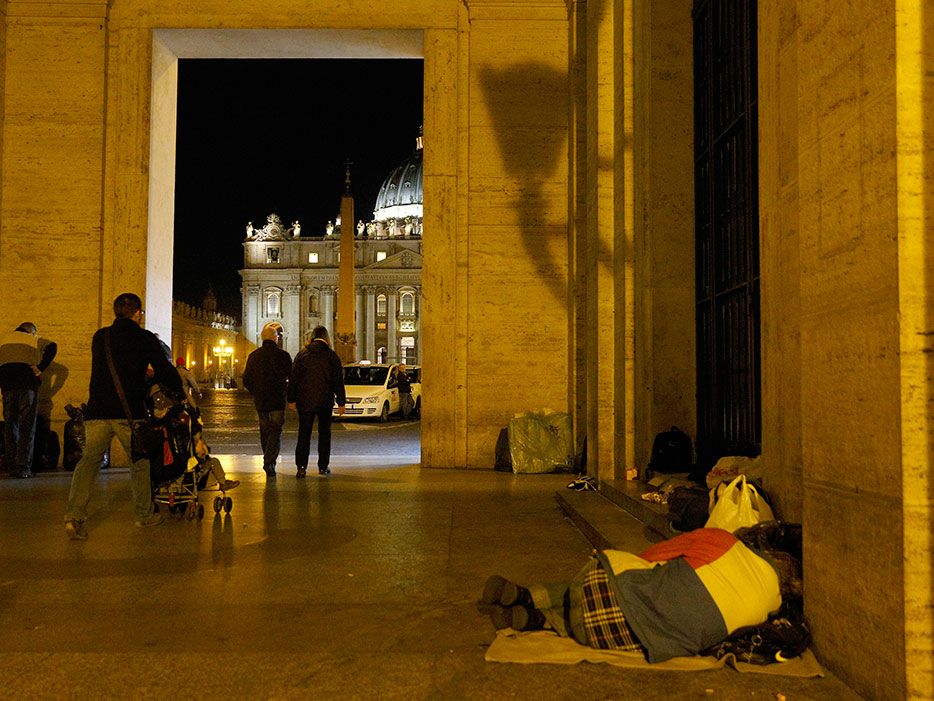 From 11 to 13 November 2016, several thousand people, who used to live or still live on the streets, will travel to Rome from all over Europe to mark the Jubilee of Mercy, one week before the Holy Year draws to an end. “This pilgrimage and encounter with Pope Francis will give the most vulnerable in our society, who often experience marginalization, the chance to discover that their place is in God’s heart and at the center of the Church,” organizers stress in a statement. This event takes place in the French Church’s Year of Diakonia.

Participants will be received in the Vatican by Pope Francis who will present catechesis sessions on November 11 and celebrate a Mass for them on November 13. There will also be a prayer vigil presided over by the Archbishop of Lyon, Cardinal Philippe Barbarin.

In October 2014, 150 homeless people from France and their helpers embarked on a pilgrimage, at the end of which they met Pope Francis briefly. This led to the establishment of the FRATELLO association which is organizing the November event.

Pope Francis has appointed Sister Josée Ngalula of the Democratic Republic of Congo as the first-ever African woman to be a member of the International Theological Commission.