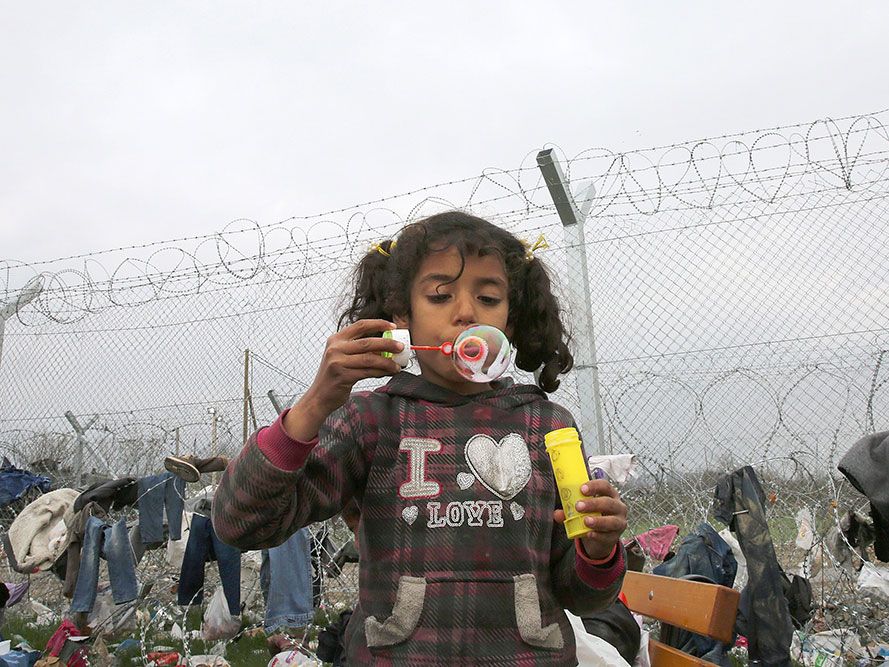 Almost 6,000 refugee children and minors were reported missing in Germany last year, according to its Interior Ministry, amid growing concerns that traffickers and criminals are preying on thousands of vulnerable young people travelling amid the flow of refugees into Europe.

The exact scale of the crisis is unclear because rudimentary and overwhelmed registration systems mean Europe does not have a clear picture of the number of children arriving on its shores or close tracking of their onward route. Some of those who vanish may never have registered, paranoid that officials will lock them up. Others may have been reunited with families without local officials being told. But there is little question that others have fallen into the hands of traffickers and thousands more are at risk from criminals.

European Union’s estimates that at least 10,000 child refugees had disappeared after arriving in the continent were “very likely to be underestimated,” a senior official at UNICEF warned on the day the German numbers were released. “The thing is they are invisible, that’s the very reason why [they are vulnerable] – if children aren’t counted, they don’t count,” said Sarah Crowe, UNICEF’s global spokesperson on the European and refugee and migrant crisis. “Different states need to know who is in their country and to take care of them.”

Germany’s Interior Ministry also admitted its estimate could be too low. Authorities are taking the situation “very seriously” but cases are hard to follow due to the lack of central data collection, spokesman Johannes Dimroth said.

Most of the children who have been identified as missing came from Syria, Afghanistan, Eritrea, Morocco and Algeria, the Ministry said, and about 550 of them were under 14. Overall, 95,000 children who were not accompanied by an adult or had been separated from their families had sought asylum in the EU last year, the majority of them in Germany and Sweden, Crowe said.

At least 2,000 more unaccompanied children are thought to be stranded in Greece, some already sleeping on the streets, after the overland trail towards Western Europe was closed.

At the end of March, a group of MEPs warned European governments that underage refugees were so unprotected that they were in danger of falling victim to pan-European bands of criminals who could exploit them for prostitution, slavery, or trafficking in drugs or human organs.

The German Interior Ministry said the government has no evidence that underage refugees are being exploited in the country.

But experts at UNICEF said part of the challenge with tackling exploitation of refugee children is that authorities still have very little understanding of who is targeting them or where trafficked young people might end up.

“We know that thousands and thousands of children are simply unaccounted for, and the most horrifying thing of all is that we just have no idea where they are or what’s happening to them. It’s that complete absence of information that should terrify us the most,” said Lily Caprani, Deputy Executive Director of UNICEF/UK.

She said existing trafficking routes sent victims into the sex industry, drugs trade and domestic servitude but that the scale of the refugee crisis might transform criminal networks.

“The opportunity for people traffickers that the European refugee crisis has presented has probably disrupted this completely, and we’ll probably see new patterns emerging,” she said.

Responsibility for tackling trafficking must be shared across Europe, she added, because even countries that are not receiving large numbers of refugees may be destinations for children trapped by criminal networks in other places.

VATICAN – CHINA RELATIONS: Only Francis Can Go To China?

Cardinal Pietro Parolin, Secretary of State of the Holy See, recently told an Italian journal that relations between the Vatican and the People’s Republic of China “are living in a positive phase, as…

Pope Francis chose “The truth will set you free (Jn 8:32). Fake news and journalism for peace” as the theme for next year’s World Day of Social Communications which will be celebrated on the Sunday…