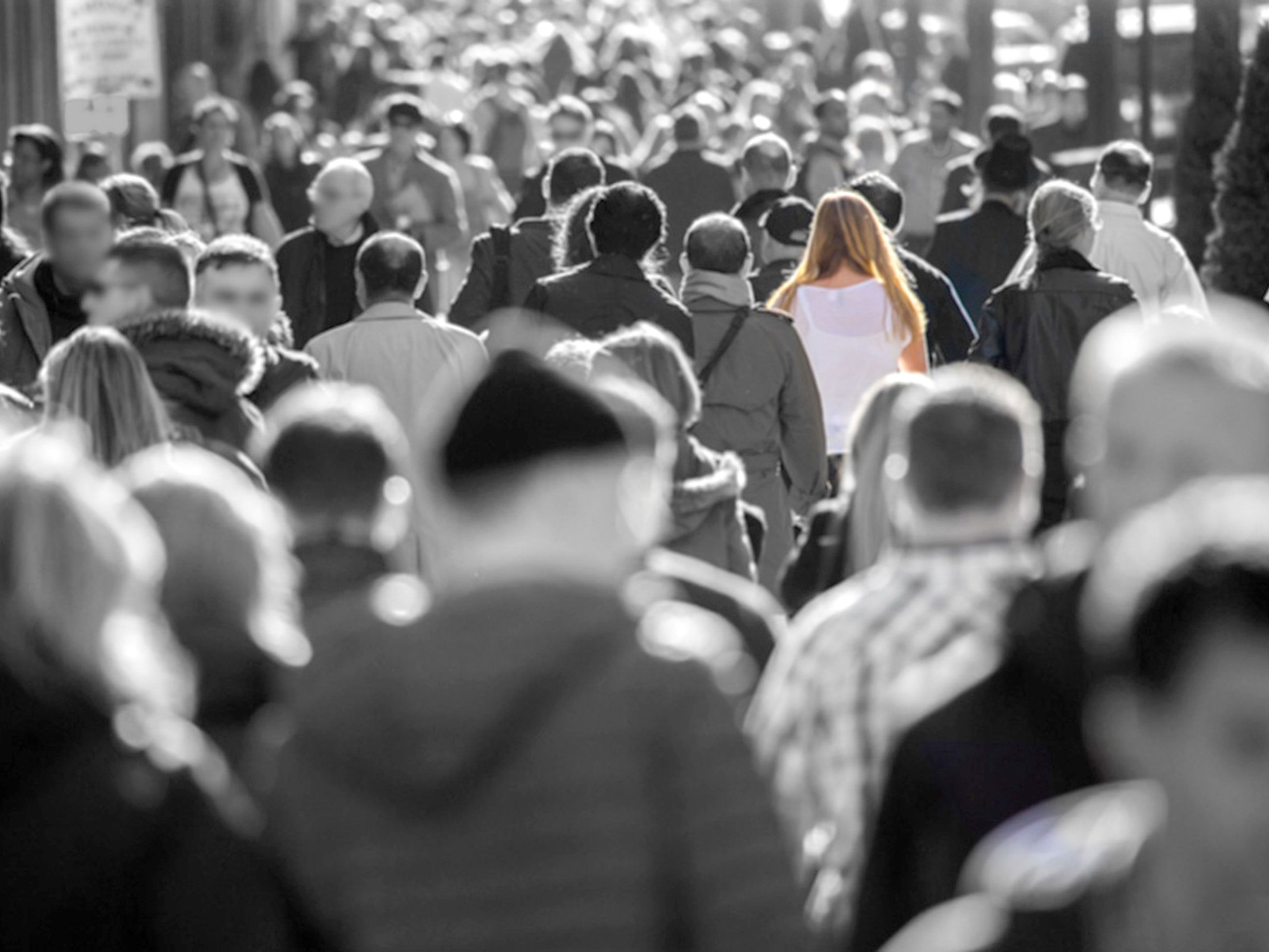 The Social Doctrine of the Church doesn’t mean giving technical solutions that rightly belong to the legitimate autonomy of the economic, social and political sciences. It is an application of the principles of the Gospel to social problems. It has something essential to say about the concept of the human being, family, work, solidarity, destination of goods, development and peace.

The starting point of Catholic social teaching is the correct view of the human person. Being in the image of God, the human individual possesses the dignity of a person, who is not just something, but someone, capable of self-knowledge, self-possession and of freely giving self and entering into communion with other persons. Human beings are called by grace to a covenant with their Creator, to offer Him a response of faith and love that no other creature can give.

The Sanctity of Human Life

The foundational principle of all Catholic social teachings is the sanctity of human life. Catholics believe in an inherent dignity of the human person starting from conception to natural death. They believe that human life must be valued infinitely above material possessions. Pope John Paul II wrote and spoke extensively on the topic of the inviolability of human life and dignity in his watershed encyclical, Evangelium Vitae (“The Gospel of Life”), in 1995.

Believing men and women are made in the image and likeness of God, Catholic doctrine teaches persons to respect all humans based on an inherent dignity. Every human person is called to a fullness of life which far exceeds the dimensions of his earthly existence because it consists in sharing the very life of God.

A belief in the inherent dignity of the human person also requires that basic human needs are adequately met, including food, health care, shelter, etc. Many see this as a basis for the support of the welfare state and of governmental economic policies that promote equitable distribution of income and access to essential goods and services.

Private Property and the Common Good

The Church supports private property and teaches that every person has, by nature, the right to possess property as his own. The right to private property is not absolute, however, and is limited by the concepts of the "universal destiny of the goods of the earth." Corresponding to these rights are duties and responsibilities – to one another, to our families, and to the larger society. Rights should be understood and exercised in a moral framework rooted in the dignity of the human person and social justice. Those who have more have a greater responsibility to contribute to the common good than those who have less.

The demands of the common good are the commitment to peace, the organization of the state’s powers, a sound juridical system, the protection of the environment, and the provision of essential services to all. The common good, therefore, involves all members of society, no one is exempted from cooperating, according to each one’s potentials, in attaining it and developing it.

The common good corresponds to the highest of human instincts but it is a good which is difficult to attain because it requires the constant ability and effort to seek the good of others as though it were one’s own good. Freedom according to natural law, is the empowerment of good. Being free, we have responsibilities. With human relationships, we have responsibilities towards each other. This is the basis of human rights.

The Principle of Subsidiarity

According to the Book of Genesis, the Lord God said: "It is not good for the man to be alone." The Catholic Church teaches that man is not only sacred but also a social person; families are, therefore, the first and most basic units of a society. Together, families form communities, communities a state, and together, all across the world, each human is part of the human family. How these communities organize themselves politically, economically and socially is thus of the highest importance. Each institution must be judged by how much it enhances or is a detriment to the life and dignity of human persons.

The state has a positive moral role to play. All people have a right to participate in the economic, political, and cultural life of society and, under the principle of subsidiarity, state functions should be carried out at the lowest level that is practical. A particular contribution of Catholic social teaching is a strong appreciation for the role of intermediary organizations such as labor unions, community organizations, fraternal groups and parish churches.

In the Roman Catholic Church, subsidiarity is a principle of social teaching that all social bodies exist for the sake of the individuals so that what individuals are able to do, society should not take over, and what small societies can do, larger societies should not take over. So Pope Pius XI said: "It is a fundamental principle of social philosophy, fixed and unchangeable, that one should not withdraw from individuals and commit to the community what they can accomplish by their own enterprise and industry."

A natural consequence of this principle, illustrated by all the social encyclicals, is that there should be a just distribution of income and wealth so that as many citizens as possible can become owners of land, property and social wealth. This calls for the equal distribution of the wealth generated by the more advanced, industrialized societies.

We live our lives by a subconscious philosophy of freedom and work. The encyclical, Laborem Exercens (1981) by Pope John Paul II, describes work as the essential key to the whole social question. The very beginning is an aspect of the human vocation. Work includes every form of action by which the world is transformed and shaped or even simply maintained by human beings. It is through work that we achieve fulfillment. So in order to fulfill ourselves, we must cooperate and work together to create something good for all of us, a common good. What we call justice is that state of social harmony in which the actions of each person best serve the common good.

Society must pursue economic justice and the economy must serve people, not the other way around. Employers must not "look upon their workpeople as their bondsmen, but ... respect in every man his dignity as a person ennobled by Christian character." Employers contribute to the common good through the services or products they provide and by creating jobs that uphold the dignity and rights of workers.

Workers have a right to work, to earn a living wage, and to form trade unions to protect their interests. All workers have a right to productive work, to decent and fair wages, and to safe working conditions. Workers also have responsibilities – to provide a fair day's work for a fair day's pay, to treat employers and co-workers with respect, and to carry out their work in ways that contribute to the common good. Workers must "fully and faithfully" perform the work they have agreed to do.

Solidarity is a firm and persevering determination to commit oneself to the common good; solidarity, which flows from faith, is fundamental to the Christian view of social and political organization. Each person is connected to and dependent on all humanity, collectively and individually.

Pope John Paul II wrote in the 1987 encyclical, Sollicitudo Rei Socialis: "Solidarity is, undoubtedly, a Christian virtue. It seeks to go beyond itself to total gratuity, forgiveness, and reconciliation. It leads to a new vision of the unity of humankind, a reflection of God's triune intimate life."

All the peoples of the world belong to one human family. We must be our brother's keeper, though we may be separated by distance, language or culture. Jesus teaches us that we must love our neighbors as ourselves. In the parable of the Good Samaritan, we see that our compassion should extend to all people. Solidarity includes the scriptural call to welcome the stranger among us – including immigrants seeking work, a safe home, education for their children, and a decent life for their families. Charity to individuals or groups must be accompanied by transforming unjust political, economic and social structures.

In Benedict XVI’s Caritas in Veritate, the Catholic Church declared that "charity is at the heart of the Church." Every responsibility and every commitment spelled out by the Social Doctrine is derived from love which, according to the teaching of Jesus, is the synthesis of the entire Law (Mt 22:36-40). It gives real substance to the personal relationship with God and with neighbor.

The Church has chosen the concept of "charity in truth" to avoid a degeneration into sentimentality in which love becomes empty. In a culture without truth, there is a fatal risk of losing love. Truth frees charity from the constraints of an emotionalism that deprives it of relational and social content. In the truth, charity reflects the personal yet public dimension of faith in God and the Bible.

Preferential Option for the Poor

Jesus taught that on Judgment Day, God will ask what each of us did to help the poor and needy: "Amen, I say to you, whatever you did for one of these least brothers of Mine, you did for Me." This is reflected in the Church's Canon Law, which states: "The Christian faithful are also obliged to promote social justice and, mindful of the precept of the Lord, to assist the poor from their own resources."

Through our words, prayers and deeds, we must show solidarity with and compassion for the poor. When instituting public policy, we must always keep the "preferential option for the poor" at the forefront of our minds. The moral test of any society is how it treats its most vulnerable members. The poor have the most urgent moral claim on the conscience of the nation.

Pope Benedict XVI has taught that "love for widows and orphans, prisoners, and the sick and needy of every kind, is as essential as the ministry of the sacraments and preaching of the Gospel." This preferential option for the poor and vulnerable includes all who are marginalized: unborn children, persons with disabilities, the elderly and terminally ill, and victims of injustice and oppression.

A biblical vision of justice is much more comprehensive than civil equity; it encompasses right relationships between all members of God's Creation, as exemplified in stewardship of Creation i.e., the world's goods are available for humanity to use only under a "social mortgage" which carries with it the responsibility to protect the environment. The "goods of the earth" are gifts from God, and they are intended by God for the benefit of everyone. Human beings were given dominion over all creation as sustainers rather than as exploiters, and are commanded to be good stewards of the gifts God has given them. We cannot use and abuse the natural resources God has given us with a destructive consumer mentality.

For A Better Kind Of Politics

In his last encyclical, Pope Francis calls for a politics characterized by fraternity and social friendship. He stresses the need for a global judicial, political and economic order that can increase…