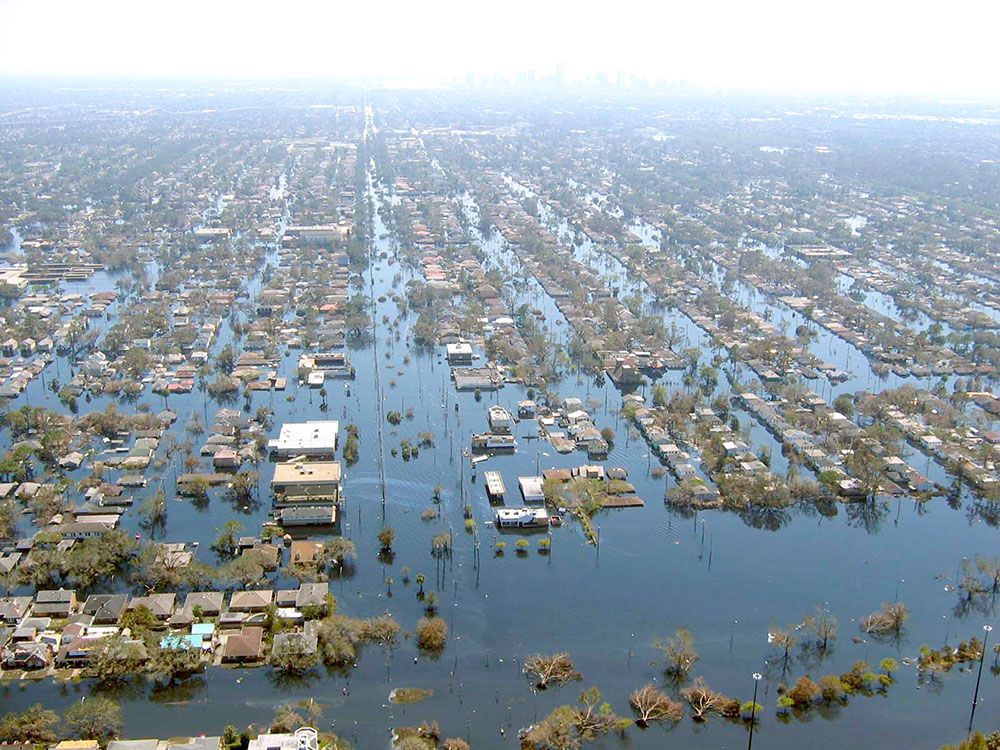 The world’s failure to prepare for natural disasters will have “inconceivably bad” consequences as climate change fuels a huge increase in catastrophic droughts and floods and the humanitarian crises that follow, the U.N.’s head of disaster planning has warned.

Last year, earthquakes, floods, heat waves and landslides left 22,773 people dead, affected 98.6 million others and caused $66.5B (£47B) of economic damage. Yet the international community spends less than half of 1% of the global aid budget on mitigating the risks posed by such hazards.

Robert Glasser, the special representative of the Secretary General for Disaster Risk Reduction, said that, with the world already “falling short” in its response to humanitarian emergencies, things would only get worse as climate change adds to the pressure.

He said: “If you see that we’re already spending huge amounts of money and are unable to meet the humanitarian need – and then you overlay that with not just population growth … [but] you put climate change on top of that, where we’re seeing an increase in the frequency and severity of natural disasters, and the knock-on effects with respect to food security and conflict and new viruses like the Zika virus or whatever – you realize that the only way we’re going to be able to deal with these trends is by getting out ahead of them and focusing on reducing disaster risk.”

Failure to plan properly by factoring in the effects of climate change, he added, would result in a steep rise in the vulnerability of those people already most exposed to natural hazards. He also predicted a rise in the number of simultaneous disasters.

Glasser pointed to Syria where years of protracted drought led to a massive migration of people from rural areas to cities in the run-up to the country’s civil war. While he stressed that the drought was by no means the only driver of the conflict, he said droughts around the world could have similarly destabilizing effects – especially when it came to conflicts in Africa.

“It’s inconceivably bad, actually, if we don’t get a handle on it, and there’s a huge sense of urgency to get this right,” he said. “I think country leaders will become more receptive to this agenda simply because the disasters are going to make that obvious. The real question in my mind is: Can we act before that’s obvious and before the costs have gone up so tremendously? And that’s the challenge.”

The Philippines’ Department of Justice has ordered the filing of charges against two ranking military men and several members of a militia group for the 2011 murder of an Italian priest in Mindanao,…

SOUTH KOREA: Catholics against use of nuclear power

South Korean Catholics are opposing both the country’s reliance on nuclear power and the U.S. missile defense system (THAAD), recently established to pressure the North out of future weapon tests.