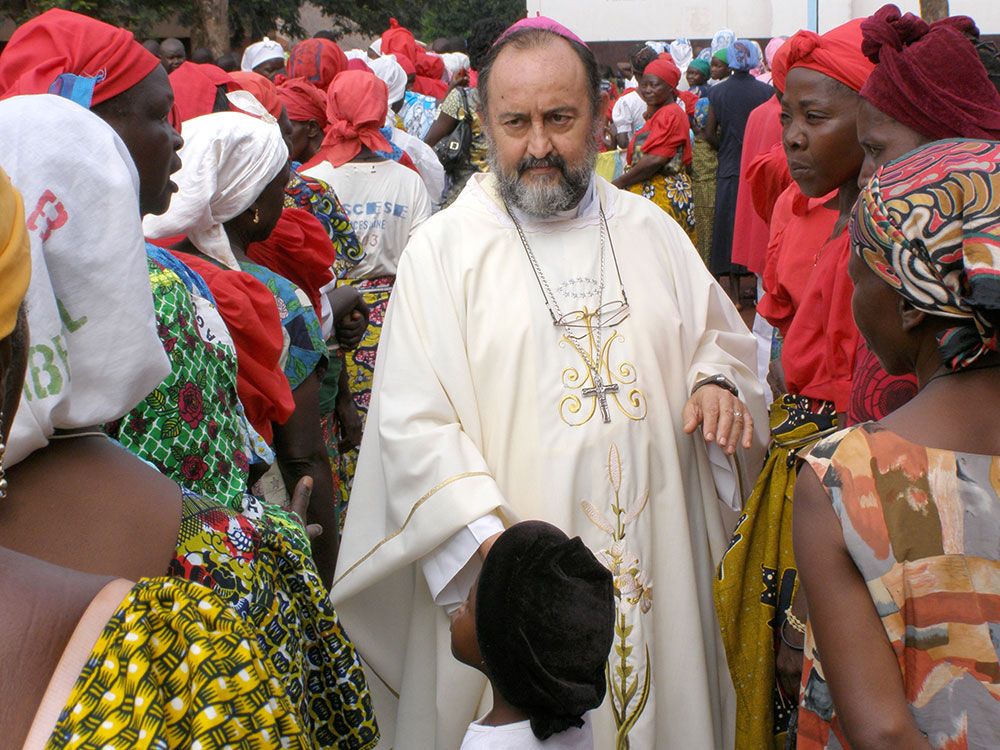 The Catholic bishop of Bangassou, the Spanish Comboni missionary Juan José Aguirre Muñoz [in the picture], helped to intervene to allow a thousand Muslim faithful who had fled to the local mosque in Tokoyo to leave the place of worship safely

During the evacuation, gunshots were fired that hit and killed the imam of the mosque who was next to the bishop. “It is not time to leave. It is time to remain with them,” said Bishop Juan José Aguirre Muñoz.

Violence broke out in Bangassou, located 700 kilometres from Bangui, in the Central African Republic, when about 600 armed youth attacked the U.N. base near the airport and some Muslim residential areas. A dozen have been killed. Over 3,000 residents of Bangassou have crossed over the river and became refugees in the Democratic Republic of Congo.

Cardinal Dieudonné Nzapalainga, Archbishop of Bangui, is at the head of the mediation mission that has convinced some hundreds of rebels to leave Bangassou, the city in the southeast of the Central African Republic where the most dramatic episodes of violence have occurred in the last few weeks.

Some hundreds of rebels, belonging to anti-Balaka, agreed to leave the city where a thousand people had been forced to flee and find refuge in the mosque, another 1,500 in the church, and 500 in the hospital.

Msgr. Juan José Aguirre Muñoz risked his life in defending the thousand Muslim faithful who had fled to the mosque.

Irish Columban missionary, Father Shay Cullen, is to receive the 2017 Martin Buber Award in recognition of his internationally acclaimed work on human rights undertaken through the PREDA Foundation…