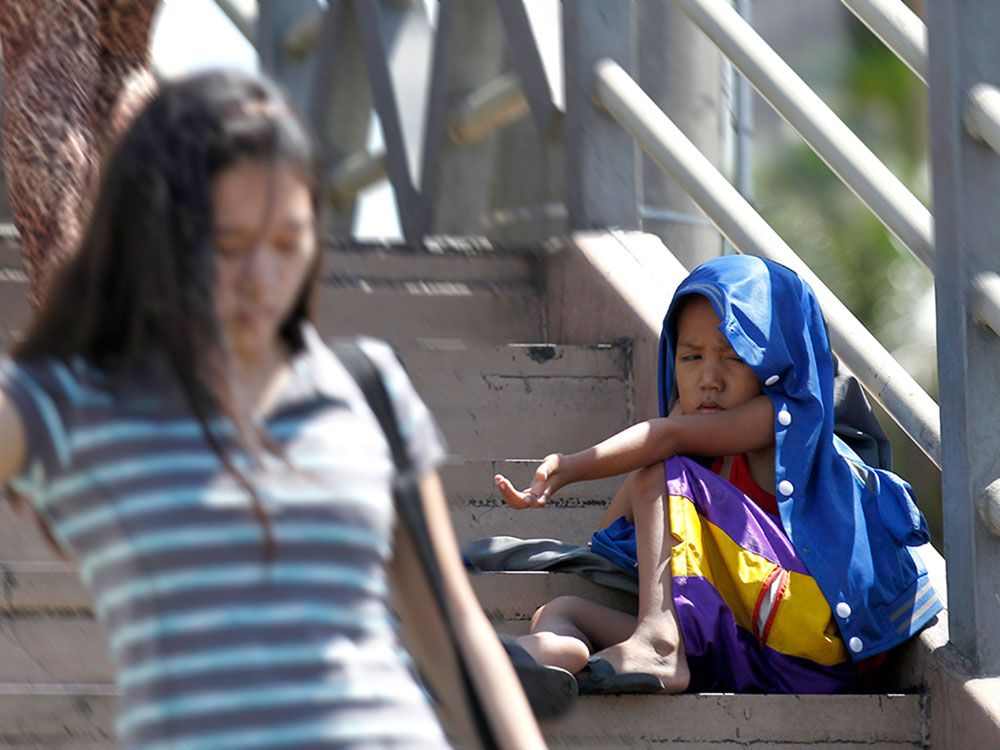 A crime against children

Human trafficking is a horrific crime against millions of people, especially against women and children, and it is increasing in the Philippines. Public perceptions that do not consider trading of persons a serious crime and the connivance of public authorities allow this social plague to thrive.

It is a dehumanizing experience for all victims especially the child victims most of whom are 15 to 17 years of age. Once they fall into the hands and the control of the traffickers, they are powerless; they become captives. They are taken from villages and cash loans given to their parents to be repaid from the earning of the child in promised jobs.

However, the jobs turn out to be sex work in sex bars, where they are raped and abused and made into sex workers with many customers a night. It’s a living nightmare, a cruel existence with no escape. The young women and children are forever in debt. They pay for food and lodging and then for drugs when they are addicted.

Almost 70% of trafficked and sexually abused children and young girls begin their vulnerability as victims of domestic sexual abuse from as young as 13 and 14 years of age. Their abusers are relatives or neighbors, live–in partners of the mothers, their biological fathers, uncles or grandfathers. Then some run away unable to endure the abuse and live on the street and are taken by human traffickers who offer them food and shelter.

It is estimated that one hundred thousand children, under 18 of age, are trafficked into the sex business yearly in the Philippines according to UNICEF. Many more are sexually abused on live-cam on the internet.

The sex industry thrives also on young girls recruited by human traffickers who take them from their villages and sell them into the thriving and ever increasing sex bars and brothels. This goes on right before the eyes of the authorities and every sex bar operates with a mayor’s permit wherever it is. It might be said the state approves the industry even though prostitution itself is illegal and it’s a crime against Republic Act 7610 to have a minor in a sex bar.

The root causes of human trafficking that allow it to thrive is that it is not seen as a serious issue or as a “real” crime even though the Philippine law says it is.

Street children are seen as petty criminals and expendable. Minors are not considered victims by the police if found in sex bars but are considered guilty of a crime and fall into police power, and are then sexually exploited by the corrupt police.

The recent move by some members of Congress and the Administration to reduce the age of criminal liability from 15 years old down to nine years makes young children subject to criminal charges and trial for crimes.

The authorities tend to blame the children for the crimes of adults. The adults say: “She led me to do it and she consented” or “She or he asked for it.” However, a minor, being a child, cannot consent to such a crime against her. Any declaration of consent is null and void before the law. Although not all judges will recognize that when they want to acquit an accused child rapist.

There is little widespread commitment to combat human trafficking by the government because the majority of the authorities do not value children and they give mayors permits to the sex bars to freely operate. There are no age checks or monitoring of the brothels or sex clubs for minors.

The support of government to the sex industry that is growing in resorts, hotels, and sex bars shows government complicity in the human trafficking and lack of acceptance and awareness of the dignity and rights of minors. This absence of respect of the rights of the child allows rampant human trafficking of young women and children.

Some Catholics go along with the belief of the Administration that the children have criminal minds, even accusing their own children as wrongdoers. As a result, we have the tough disciplinary father beating up his son or slapping his daughter that drives them on to streets into the arms of the human traffickers. The serious situation is that many Catholics support the shoot-to-kill policy of the President and his followers.

Some parents or relatives are complicit in the trafficking and they encourage the minors to go with the recruiter in the hope that they will marry a rich sex tourist, preferably a foreigner. However, the sex tourist abandons them when he gets what he wants.

In his address to the United Nations on 25 September 2015, Pope Francis told the assembly of heads of states: “Such is the magnitude of these situations and their toll in innocent lives that we must avoid every temptation to fall into a declarationist nominalism which would assuage our consciences. Today, the 193 states of the United Nations have a new moral imperative to combat human trafficking, a true crime against humanity.”

Truly, it is a crime against humanity as Pope Francis has declared. They are children who are orally, physically or sexually abused in their homes; they become out-of-school youth and are lost in the world, victims of the crime against humanity. But there are success stories. Resilient children who, with serious therapy and support, can make it back to a life of recovery and dignity.