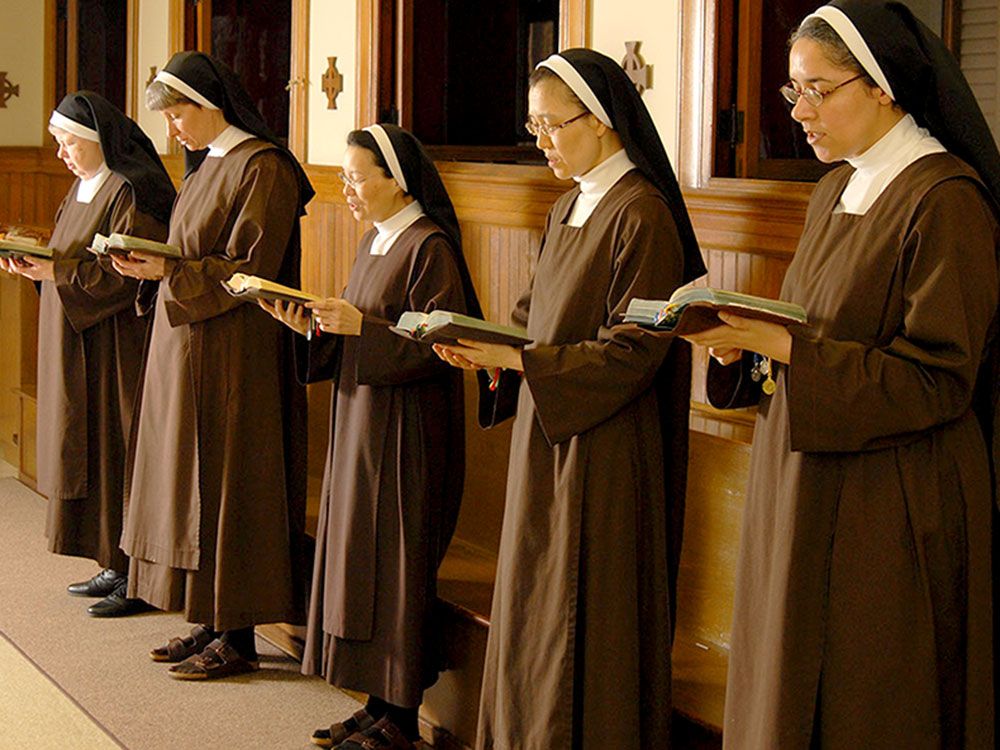 Endowed with a strong, energetic temperament, the young French woman Elizabeth Catez (1880-1906), was called by God to gather the spiritual legacy of her contemporary, the great Therese of Lisieux. She also entered the Carmelites and became the mystic of God, the Trinity, indwelling in our soul.

Saint Elizabeth of the Trinity was born in France in 1880, and grew up in Dijon, close to the city’s Carmelite monastery. One time, when Elizabeth was 17, she visited the monastery. Then it happened that the Mother Superior there said: “I just received this circular letter about the death of Therese of Lisieux, and I want you to read it.” That circular letter would later become “The Story of a Soul.” In fact, what Elizabeth was given was really the first edition of “The Story of a Soul.”

It was an enlightening moment in her life, where everything kind of crystallized and she understood how to respond to what God was doing in her heart. She already was a very pious person who worked with troubled youth and catechized them but when she read “The Story of a Soul,” she knew she needed to become a Carmelite: it was a discovering moment in her life, when everything came together and she understood how to respond to God’s call .

She already had a glimpse of her mission. She understood that to love souls all the way was to help them find and encounter the Lord. We can call it contemplative prayer, or even mystical prayer. Elizabeth later wrote that her mission was to lead souls out of themselves and into a great silence, where God could imprint Himself in them, on their souls, so that they became God’s dwelling place.

So, the spiritual missions of Therese of Lisieux and Elizabeth of the Trinity coincide: the two young women mystics threw light on the theology of grace, first by their spiritual experience and then by their writings. Great theologians like Hans Urs von Balthasar recognized that. And these very modern saints have both influenced the Church in the 20th and early 21st centuries in a very powerful way. Since then, the understanding of spiritual life has never been the same.

Elizabeth’s father enlisted in the French army. Also his wife, Marie Rolland, was herself the daughter of a successful military man. Spending her earliest years in this military environment, Elizabeth was naturally formed in such virtues as courage and forthrightness. From her earliest years, Elizabeth’s personality was also marked by a determined, energetic disposition which, however, often became violent, resulting in fits of rage.

The year 1887 marked a great change in the seven-year-old Elizabeth. In October, her father, Joseph, died suddenly of a heart attack at the age of fifty-five. Madame Catez and her two children (Elizabeth and Marguerite) soon moved from their former house to an apartment in the suburbs of Dijon. From the window of her room in her new home, Elizabeth could see the monastery of the Discalced Carmelite Nuns.

After the death of her father, Elizabeth’s outbursts of anger increased both in number and in violence. During the course of the same year, though, the child experienced, for the first time, the Sacrament of Penance, which brought about what she described as her “conversion.” It was only four years later, however, that the future saint managed finally to conquer her difficult temperament. In the spring of 1891, when she was almost eleven years old, Elizabeth made her First Communion.

“The House of God”

In the afternoon of her First Communion, Elizabeth also encountered the prioress of the Carmel of Dijon for the first time. The prioress, upon learning the name of the child, explained to her that “Elizabeth” means “house of God.” She added: “Your blessed name hides a mystery, accomplished on this great day. Child, your heart is the house of God on earth, of the God of love.”

Furthermore, in February of 1900, the young aspirant to the Carmel of Dijon was introduced to a Dominican friar, a friend of the nuns. Elizabeth asked for help in understanding her interior experience: her need for silence and recollection, and her sense of an inexplicable presence in the depth of her soul.

This Dominican proceeded to deepen her awareness of the truth of the indwelling of the Trinity in the soul of the baptized: that not just Christ, but that “all three of the Trinity” - Father, Son, and Spirit - were present in love in her soul. This graced meeting greatly reassured Elizabeth and aided her in her spiritual progress.

Finally, in 1901, Elizabeth entered her beloved Carmel, receiving the name “Sister Elizabeth of the Trinity.” Her awareness and experience of the Triune God dwelling within her continued to grow. It became her original approach to the life of grace.

In a letter written just a few weeks before her death in the year 1906, the young Carmelite nun declared to a friend: “My beloved Antoinette, I leave you my faith in the presence of God, of the God who is all Love dwelling in our souls. I confide to you: it is this intimacy with Him ‘within’ that has been the beautiful sun illuminating my life, making it already an anticipated heaven: it is what sustains me today in my suffering.”

The Catechism cites Saint Elizabeth’s prayer to illustrate the truth that “even now we are called to be a dwelling place for the Most Holy Trinity”: ‘If a man loves Me,” says Jesus “he will keep My word, and My Father will love him, and We will come to him, and make Our home with him.” (John 14,23)”.

At the end of her life, she began to call herself Laudem Gloriae. Elizabeth wanted that to be her appellation in heaven because it means “praise of glory.” She said: “I think that in heaven my mission will be to draw souls by helping them to go out of themselves in order to cling to God by a wholly simple and loving movement, and to keep them in this great silence which will allow God to communicate Himself to them and to transform them into Himself.”

Elizabeth died at the age of 26 of Addison’s disease which, in the early 20th century, had no cure. Though her death was painful, Elizabeth gratefully accepted her suffering as a gift from God. Her last words were: “I am going to Light, to Love, to Life!”

A Catholic medical doctor from New Zealand, Edric Baker (1941-2015) was well known and loved in Bangladesh for his untiring service to the country’s poor. In 1983, he set up the Kaliakuri Health Care…