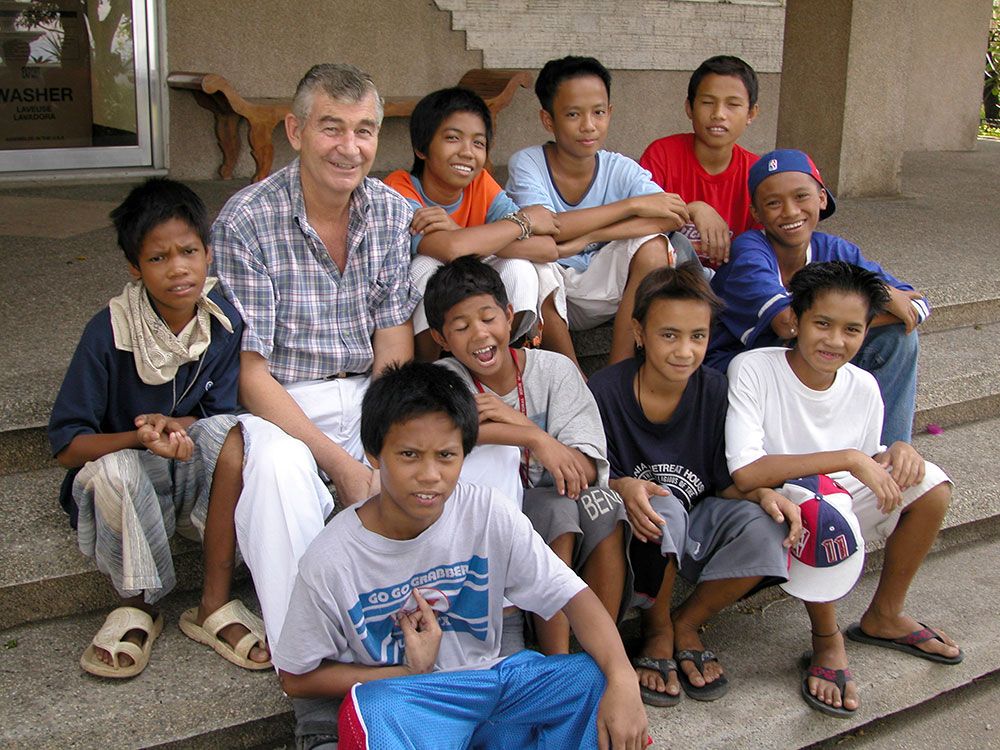 Irish Columban missionary, Father Shay Cullen, is to receive the 2017 Martin Buber Award in recognition of his internationally acclaimed work on human rights undertaken through the PREDA Foundation which he established in the Philippines in 1974.

He will be presented with the award in Kerkrade, in the Netherlands, in November.

Professor Martin Buber was a Jewish philosopher who advocated peace dialogue, mutual recognition of human rights and dignity, and a united Jewish and Arab Palestine.

Being chosen for this internationally-renown award indicates the reputation and acclaim that Father Cullen’s human rights work is attracting internationally.

PREDA is active in the rescue and caring of abused children from jails, abusers and brothels and giving victims of abuse a safe home with protection, education, values formation, affirmation, empowerment and healing therapy and restoring their self-esteem.It is engaged in defending human rights and promoting justice for the marginalized.

He is a popular international speaker, campaigning advocate, media commentator, and writer. In 2006, he published a book – Passion and Power – with an introduction by Mary Robinson, former president of Ireland, and an endorsement by the Hollywood actor and human rights supporter, Martin Sheen.

Numerous newspaper articles and television documentaries have reported the success of his work protecting children and campaigning for human rights. Father Cullen has been nominated three times for the Nobel Peace Prize by lawmakers in Germany and in Canada, and has received numerous recognition awards in several countries.

“The Diocese of Maasin has become the first diocese in the world to equip all parishes with solar panels,” notes a document on integral ecology that Vatican officials released to mark the fifth…

A group of 19 institutions, led by Caritas India and the Irish Catholic Bishops’ Conference, announced new commitments to divest from fossil fuels.