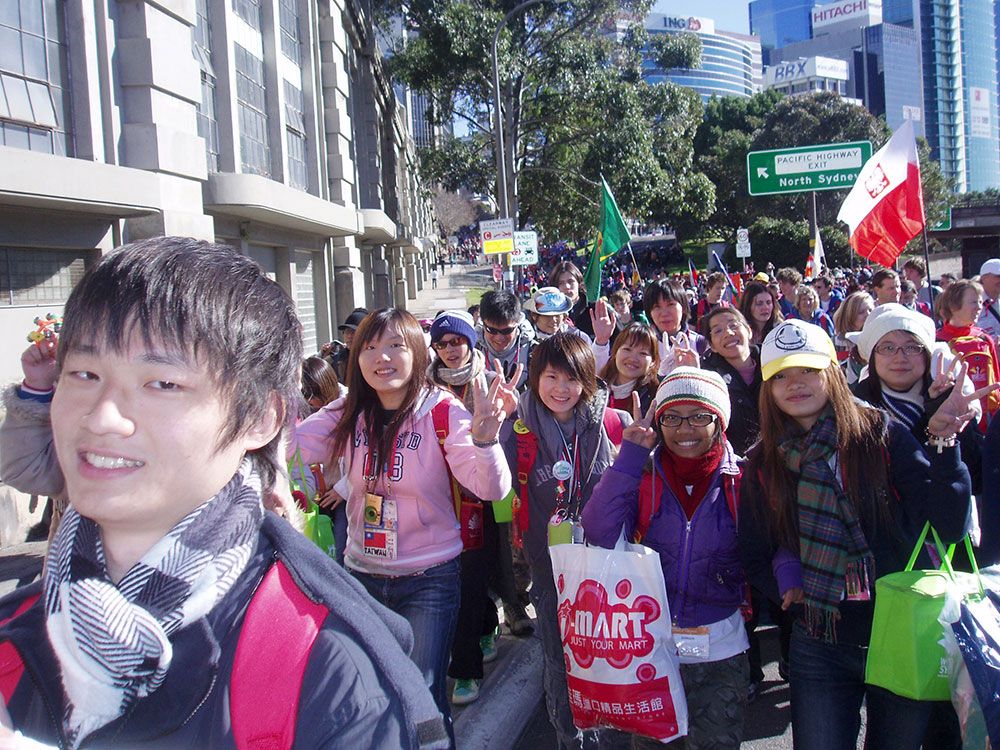 In Focus In Focus

The Asian Youth Day (AYD), a major event of Asia’s Catholic Church, is taking center stage in Yogyakarta, Indonesia. Some 3,000 young people from 29 Asian countries are expected to gather in the Javanese city , July 30 – August 9,2017, for the youth meeting on the theme, “Joyful Asian Youth: Living the Gospel in Multicultural Asia !”

AYD is an outcome of the World Youth Day that was instituted by Pope St. John Paul II in 1985. The first AYD was held in Hua Hin, Thailand, in 1999. Since then, the continent-level event has been held in intervals of 2, 3 and 5 years. The last AYD was held in Daejeon, South Korea, in 2014, which was attended by Pope Francis. The 7th AYD in Yogyakarta is the first time that Indonesia is hosting the continental event.

Organizers have planned the 11-day event into three stages, with July 30 – August 6 as the period of the main events. It will start with “Days in the Dioceses” (DID), July 30 – August 2, during which participants will be hosted by 11 of Indonesia’s 37 dioceses. “In these dioceses, participants will learn and share their faith experiences with people from different countries,” explained Fr. Antonius Haryanto, chairman of AYD 2017.

The vast majority of Indonesian Muslims are moderates, but recent incidents indicate that the nation is no exception to the growing threat of Islamic radicalism among its people. The nation’s authorities are worried and are taking action. “Our events promote tolerance and respect in living in a multicultural country,” Fr. Haryanto noted.

During the “Days in the Dioceses,” the Asian youth will be accommodated in families of “different cultural backgrounds, ethnic groups and languages,” Fr. Haryanto said. In Yogyakarta, the participants will stay in seminaries and convents, and will also have the chance to taste “many different kind of Indonesian food.” “Each participant will contribute to the expenses, including meals and travel expenses,” he said.

Various activities such as the Eucharist, prayers, games, sharing of testimonies and other such sessions will be held “to unite the participants as a Catholic people,” referred Fr. Haryanto.

After the “Days in the Dioceses,” all the participants will converge in Yogyakarta, August 2 – 6, for the main events of the AYD. This will include group sharing sessions, games, cultural presentations by participating countries, group prayers, adoration, confession and the final Mass on the last day, August 6.

With the main AYD events over, bishops, priests and lay people serving as guides, advisors and coordinators to youth in their countries will stay back for the Asian Youth Ministers’ Meeting (AYMM), August 6 - 9. They will be provided with materials to help them coach and encourage their young people to grow and contribute to their respective society and Church.

“We have engaged heavily on digital and social media,” given the fact that young people are media-savvy, Fr. Haryanto explained. Besides, he said, organizers “have asked some famous Catholic athletes, actors/actresses, public figures” to encourage participation in the events in the run-up to the July 30 – August 6 AYD 2017. First published in Vatican Radio