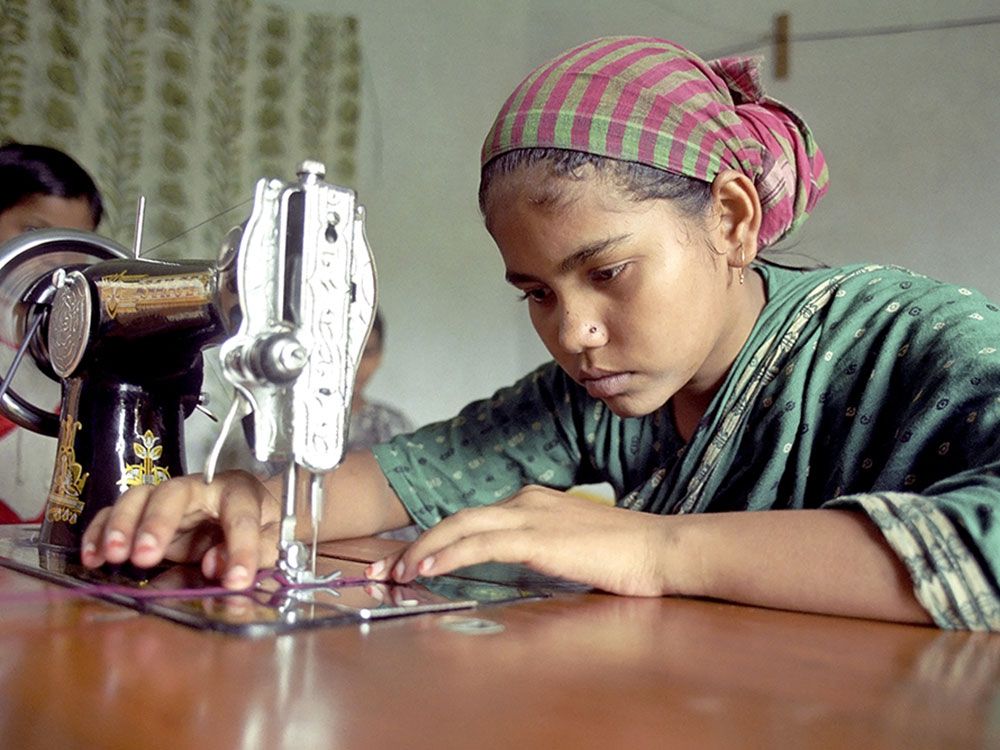 Trafficking in persons is a criminal activity where mostly vulnerable and marginalized people are sold into slavery by an intermediary known as a trafficker. We are all complicit in it and, therefore, have a responsibility at a personal, community, national and global level to do something about it. Every country in the world is affected by trafficking in persons. It takes place on your street and in your neighborhood.

We are all complicit in the human trafficking when we want low-priced commodities and services. I, living in New York, want to buy clothes, shoes or a bag cheaply. When I look at the label, I see it was made in Bangladesh, or China or Indonesia or Vietnam and I wonder how it can be produced so cheaply. The answer? Because trafficked labor was used in its production. Likewise, my coffee in the morning, the chocolate I enjoy, the shrimp I have for dinner, my cellphone and laptop are all tainted produce of trafficked labor.

More than 50 percent of the world’s chocolate is made from cocoa beans harvested in Cote D’Ivoire by thousands of children, who are bought, stolen or trafficked from neighboring countries. These children, as young as 10, work 80-100 hours per week in dangerous conditions without pay.

Traffickers exploit people’s vulnerability. They prey on people already living in poverty who are often culturally or socially marginalized or discriminated against. Traffickers coerce or deceive them to gain control and then profit from their compelled service.

Let me quote from the Trafficking in Person Report 2016 published annually by the Department of State U.S.A. “Maruf, striving for financial independence, and 200 others accepted an offer to be smuggled by boat to Malaysia for well-paid work. The agent promised food and water during the journey and said the men could repay the cost with their future wages. The agent lied; the crew rationed food and water, beat those who asked for more, and took the passengers to a Thai smuggling camp. After smugglers forced his father to pay a ransom, Maruf was released and brought to Malaysia. Maruf found work on a palm oil plantation through a contracting company but was again deceived. The contracting company confiscated the workers’ passports, and Maruf worked everyday without pay as his contractors withheld his wages to pay back recruitment fees. Maruf was in the country illegally and feared arrest if he reported the abuse, so he continued to work and hoped to be paid eventually.”

Trafficking in person has multiple manifestations. This was recently highlighted by a new research study, The Typology of Modern Day Slavery: Defining Sex and Labor Trafficking in the United States.

The research lists twenty-five typologies. Each type of trafficking has its own unique business model, trafficker profiles, recruitment tactics, victim profiles and methods of control and concealing the crime. It is the controlling of trafficked person that makes trafficking in persons a crime. Trafficking for sexual exploitation within an escort service is very different to labor trafficking for farm workers or fishermen.

Other faces of modern-day slavery, apart from trafficking for labor and sexual exploitation, are child sex trafficking, domestic servitude, forced child labor and the unlawful recruitment and use of child soldiers.

The Protocol to Prevent, Suppress and Punish Trafficking in Persons, Especially Women and Children is the international law with regard to trafficking in persons. It was adopted in 2003 and, to date, 170 countries have ratified.

The act: what is done – the recruitment, transportation, transfer, harboring or receipt of person;

The means: how it is done – threat or use of force or other forms of coercion, of abduction, of fraud, of deception, of the abuse of power or of a position of vulnerability or of the giving or receiving of payments or benefits to achieve the consent of another person;

The purpose: why it is done – for exploitation, which includes exploiting the prostitution of others, sexual exploitation, forced labor and slavery or similar practices and the removal of organs.

I worked as a missionary in Ethiopia for many years before coming to New York to represent the Good Shepherd Sisters at the United Nations. In Ethiopia, I witnessed how children on the street were susceptible to being trafficked for the removal of organs. It was not just children living in poverty who were vulnerable because I know of a graduate from Addis Ababa University going abroad for what she considered employment and returning a few months later in her coffin. She had been trafficked for organ removal and died in the process.

New challenges appear daily – with the growth of information technology and the globalization of the world, traffickers use these tools to recruit and deceive within criminal networks. Multiple forms of sexual exploitation, such as prostitution, sex tours, bride trafficking, pornography, live sex shows, and rape videos for sexual entertainment are promoted using the internet for exploitative purposes. Many of the practices of trafficking and prostitution on the internet are characterized by domination, control, and violence so extreme as to constitute slavery, serious violation of human rights, and forms of sex discrimination.

The church is actively engaged in stopping trafficking at all levels from the Vatican to dioceses and parishes throughout the world. Many groups of religious in various networks at national and regional level, together with the Coalition of Catholic Organizations, are doing what they can to end this “crime against humanity, a scourge and open wound in contemporary society” (Pope Francis).

I would like to highlight the work of a Comboni Sister who responded to trafficking in person. Sister Azazet, an Eritrean on mission in Sinai, was honored as a ‘TIP Report Hero Acting to End Modern Slavery’ in 2012. Over the course of two years, from 2010 to 2012, Sister Azazeth focused attention on what was happening in the Sinai: enslavement for sexual exploitation, and torture of asylum seekers. The interviews shed light on trafficking in Sinai. Sister Azazet’s sensitivity interacting with countless interviewees, who had been trafficked, gleaned much needed information about trafficking in Sinai.

What can you do?

Pope Francis has said that there are four stages in tackling this scourge: “being aware, being committed, being compassionate and being cooperative”, and I concur.

Share with others over coffee or in small discussion groups;

Purchase goods that are ‘Fair Trade’ indicating that slave labor has not been engaged in the production of the goods;

When taking a holiday or using hotel services, ask if the hotel has signed “The Code of Conduct for the Protection of Children from Sexual Exploitation in Travel and Tourism” (see Code in http://www.thecode.org/about/);

Support local efforts that provide persons who have been trafficked with welcome, human warmth and the possibility of building a new life.

Modern slavery is connected to a host of 21st century challenges – from environmental sustainability to advancing the lives of women and girls to combating transnational organized crime. Wherever we end poverty and lack of opportunities, we end not just vulnerability to trafficking but zones of impunity where traffickers can prey on their victims.

Winifred Doherty is Representative to the U.N. of her Congregation of Our Lady of Charity of the Good Shepherd