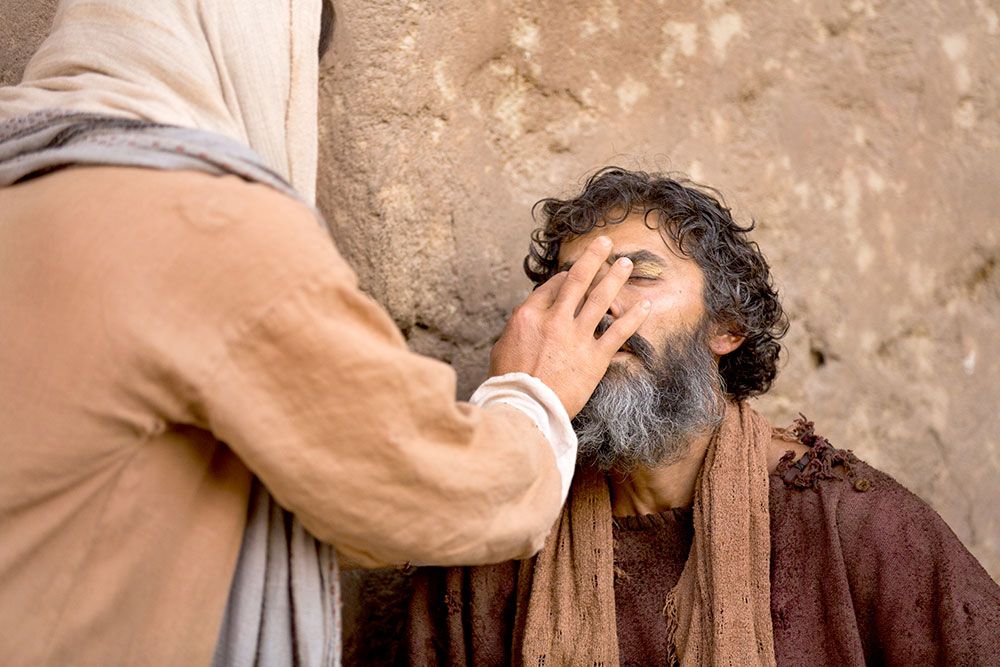 “The one who accepts suffering trusting in God is at the centre of the universe” (Simone Weil). For the same reason, those who help people who suffer in every way possible, emerge as a force for good in society and a dynamic element in the cosmic order.

When asked recently by a missionary team to give a practical tip for missionary renewal, my spontaneous answer was: keep close to pain.  That message seemed to have given them a jolt for a while. But a brief period of reflection made them understand that there was a point there. A Christian is never embarrassed about the cross which dominates every place of Christian worship. The tip I gave was merely rewording of the Christian message about the cross. Keep close to pain, and you will develop a profound sense of mission.

Many moderns consider Jesus’ invitation to take up the cross a negative attitude. But when today’s business executives emphasize the need for hard work, disciplined ways, sparing habits, mutual accommodation and common goals, they are saying nothing different, except that their efforts are at the service of the market and profits, and not of the Kingdom of God. Their message then is: take trouble, if you want to achieve. Most intelligent people see this clearly that today that is the only way ahead.

Pope Francis is asking nothing different when he urges us to come out of our ‘comfort zones,’ plunge into the streets, or reach out to the ‘periphery.’ For frontline missionaries, this challenge would mean visiting the most interior villages, forgotten families, and praying with the least cooperative communities. It will also include giving attention to the culturally excluded, socially marginalized, psychologically complex-ridden, and religiously guilt-laden. Jesus set us an example of keeping close to the deaf and the blind, to self-questioning zealots; wrongdoers going to be stoned, marginalized lepers and prostitutes, and hated exploiters (like Zacchaeus). Even from the cross He reaches out to the criminal on His right and the centurion below. “Jesus crucified and forsaken” (Chiara Lubich), seems to be at the centre of the Universe.

Keeping close to pain is an education by itself. We are the beneficiaries from listening to those who suffer. Pope Francis says the poor “have much to teach us,” (Evangelii Gaudium, 198) because they have an intimate experience of the suffering of Christ. “We need to be evangelized by them”. He wants us to “acknowledge the saving power at work in their lives.” He invites us to keep them at the centre, find Christ in them, be their friends, listen to them, speak in their behalf, and embrace their mysterious wisdom.

St. Teresa Of Calcutta
Let us look at a person who was transformed by such an experience in our times. I am referring to St. Teresa of Calcutta. On September 10, 1946, young Teresa of Loreto Sisters was travelling by train to Darjeeling to make her retreat, when she heard an inner voice asking her to come out into the streets of Calcutta (today’s Kolkata) and help the poorest of the poor. She had come face to face with their acute pain during the pre-Independence religious riots. Its images accompanied her on her journey. As Paul was changed on the road to Damascus, young Sr. Teresa was to emerge as a new person when she returned from the journey. She had little resource to count on when she ventured on a mighty undertaking which was to stun the world.

Pain challenges, rebukes, chastens, motivates, empowers, capacitates.  That was what happened to Moses. A spoiled boy, brought up amidst the comforts of an imperial palace, when he saw his people suffering at the hands of Egyptian slave-owners (Exodus 2:11-13), he was suddenly changed. He developed a sense of mission.  The anguish of his people set him free from his softened life-habits. This encounter with social suffering had a direct relationship with his encounter with God on the mountain (Exodus 3-4). He emerged a liberator.

Matthew presents Jesus beginning His ministry with an expression of His eagerness to bring hope to a pain-ridden world, offering healing to those afflicted with various diseases and pains, demoniacs, epileptics, and paralytics (Matthew 4:24). He did not limit His attention to those affected by physical pain only, but those unjustly treated, unfairly dismissed from their job, cruelly deprived of property, insensitively excluded, the landless, the debt-ridden and the guilt-laden. His teaching in the Beatitudes is, on the one hand, about learning to accept reality as it is, in other words, seeing meaning in people’s painful condition; on the other, about building up absolute confidence that things would  change for the better (Matthew 5:3-12).

Nietzsche thought that the Beatitudes contained a negative message, that they promoted a slave-morality which prevented its adherents from remedying a painful situation. Others considered that the glorification of poverty and idealization of unhappy conditions would encourage inaction, passivity, and lack of initiative. They attributed the relative backwardness of Catholic countries to a monastic type of preaching of missionaries who glorified poverty. The fact of course is that the Beatitudes contain the strongest assurance in all world-literature to those in depressed conditions that things would definitely change for the better; their present suffering itself constituted an entitlement to a better state of affairs.

The Gospel is not about passivity, inaction, compromise; it is about radical commitment to bettering things.  One must play one’s part to transform the social situation. This challenge in the Beatitudes is seldom taken note of.  For a few verses ahead, Jesus is presented as saying, “You are the salt of the earth; but if salt has lost its taste...” (Matthew 5:13), it is good for nothing but to be thrown out on to the road. Those that remain passive constitute the salt that is rejected. Those who have preserved their saltiness are those ‘awakened to a sense of responsibility’ to remedy the situation. Socially committed people “wake up the world” (Pope Francis) with their ‘light’ until the entire society is lit up. “Let your light shine,” then, so that the whole of creation glorifies the Lord (Matthew 5:14-16). In faith we can say, the whole of the cosmic order draws strength from a painful situation addressed and remedied, and evolution takes a step forward.

A Call To Be More Generous
If the above reflection has a message for us, it is precisely this: keep close to pain that will question your life of compromise, take up the challenge that that experience places before you, be strengthened by the very commitment to the mission that you have assumed. In other words, allow human agonies to speak to you, for pain is a wonderful teacher, motivator and strengthener.

That was the experience of Mother Teresa. Though physically weak, she vibrated with life and exuded energy to the very end; she accomplished the impossible. She would tell those with accumulated grievances and those merely finding fault with others, “Stop making yourself a victim and start being responsible,” do something to remedy the situation. That is what she did.

But unfortunately today, global trends are in another direction: the consumer is king and self-interest is the supreme law. Heroism is fast disappearing from human ranks, even from the lives of those who have professed missionary generosity. No wonder! A self-serving society can produce only ‘softies’ and self-absorbed individuals. And yet, a genuine admiration for heroism persists in the ‘collective unconscious’ of humanity.

Change the landscape of your mind, and you will change your life, you will change the world. Tap the secret sources of energy that is within your reach, harnessing the power of mythic archetypes, as psychologists would say) or turning to God in prayer, as spiritual masters would suggest, and bring about a personal transformation. Further evolution of the human species depends on it!

The pains Mother Teresa suffered were not merely linked with the hardships of her ministry, but also with the strains of her spiritual journey in search of God. Mother Teresa experienced a deep spiritual pain and inner emptiness for years, and we would have known nothing of it if her diary had not been preserved against her own will.

Here too she can point us a way. Attempt in all earnestness to get closer to what seems to defy you, and your ability to take on challenges will grow. That is what Mother Teresa did. And it had world-shaking consequences. President Clinton frankly admitted that no one in modern times has stung the conscience of the world as she had done. Keep close to pain, and you will be renewed in your missionary spirit.

Eduardo and Susan Loya have been married for 33 years in a conjugal love that God has blessed with three children, all of them now professionals. World Mission spoke to this committed couple who…

It was a mother’s funeral that started the organization Willing Hearts. Founder, Tony Tay, shares what he learned from his mother, Maggie, and how he manages with a team of volunteers to distribute…