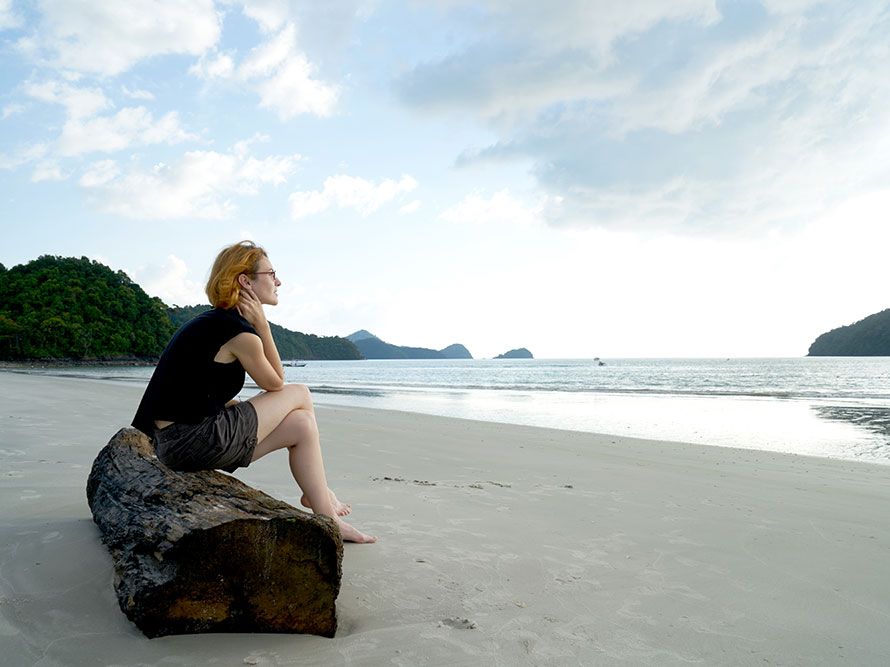 An original experience, proper of the human condition, loneliness affects us all in different ways. In entrusting Himself to the Father during the agony of Gethsemane, Jesus transformed pain into love, defeat into victory.

The decision of the British Government to institute a Ministry for Loneliness – for the purpose of addressing this “sad reality of modern life,” which affects a very large number of people, “from the elderly, to those who have lost dear ones or who have no one to talk to and to share thoughts and experiences, has caused a sensation.

It’s not difficult to think that this challenge concerns us all in different ways. From a purely external look, the life of each one of us seems like a more or less brief journey that each one undertakes, struggling personally with the darkness that seems to envelop everything, from before and behind us to what is after us, until the last silence of death.

It’s the condition expressed in a dazzling way by the lyrics of Salvatore Quasimodo: “Everyone stands alone at the heart of the world/ pierced by a ray of sun / and suddenly it’s evening.”

Human Condition
In sum, loneliness is an original experience, proper of the human condition. What is existence if not being outside (“ex-sistere”), issuing from an enveloping womb to be cast out into the loneliness of a unique and unrepeatable adventure? And who is not alone in face of the imminence of the end that hangs over everything?

Perhaps, the coming to light or going to encounter the dark beyond life are both accompanied by the signal of a lacerating wound: “One enters, one cries – it’s life! – One pants, one goes out – and it’s death” (Ausone de Chancel).

The interval between this double sigh, that of birth and of death, is, in fact, life, as a breath that passes. Then one understands why to live means, deep down, to learn to die, and how in this struggle against the last enemy, death, no one can substitute himself for another: one is alone.

The experience of pain puts us naked before the truth of ourselves: in it one is alone in the essential poverty of what we are. Marguerite Yourcenar, in the “notebooks” of her Memoires d’Adrien – extraordinary novel of human loneliness – writes almost to evoke the intuition of which those pages were conceived: “When the gods were now no more, and Christ was not yet, man was alone.” This phrase makes one intuit how there are two alternative possibilities with which to face existential aloneness: that of the idols or that of Christ.

Facing Loneliness
The first is the “pagan” way: populate the universe with idols produced by ourselves, which fill the voids of our loneliness to flee from them. In ancient times these idols were the gods of paganism, today they are those of consumerism and rampant hedonism. It dazzles us with the means of having, of power, or of pleasure, deceiving ourselves that the woodworm of loneliness in face of life and death has been defeated.

Existence is thus transformed into a more or less colorful masked ball, where each one has to recite his own part, giving so much importance to the ephemeral as to believe that it’s not illusory, but lasting and winning. One lives to earn, control or enjoy, burning one after the other the instants of time that passes, as if each one of them was a possible, blessed eternity, to conquer and possess without limits. Thus apparent relationships hide the crowd of solitudes.

Opposed to this way of living, however, is our capacity to think and ask ourselves questions: it’s in accepting the effort of the question, the anxiety of suspicion and the wound of doubt that the idol crumbles. Then one understands that life can’t consist in a constant fleeing from death but, rather, that it finds its truest dignity in looking at death in the face and fighting against it.

The courage to exist (as Paul Tillich would say: “the courage to be”), the will to give an answer to the questions on the meaning of what we are, of what we do, are the only medicine against the vacuity of existence.

In sum, it’s possible to turn the evidence upside down: if life seems to us as the path towards the ultimate silence of death, what overcomes this evidence is the thinking man, the man who doesn’t give up seeking, who isn’t negligent in face of the task to give meaning to his works and days.

This man who asks doesn’t surrender to the victory of loneliness and death. Our thinking, our loving, our hoping despite all, are, then, what gives dignity and meaning to life and death. It’s here that the other possibility appears which is given to us to the radical loneliness of our existence in a fully human way: if one were to indicate an icon of this different way, no one would be more appropriate than that of the Galilean Prophet in the hour of Gethsemane, the eternal Son who came among us, alone in face of His life and of His death. He knew well painful loneliness: “You were not able to watch one hour with me!”

Suffering And Love
It was, however, precisely in it that, entrusting himself to the Father, He transformed the pain into love, the suffering into offering. His loneliness among the olive trees of Gethsemane is then offered as revelation of a greater communion, that of God always close and of the choice to want for all to exist, die and resurrect to life with Him and in Him.

This landing isn’t a shipwreck, or refusal to give meaning to living and dying, but is like Jacob’s struggle with the Angel taken to the highest point; it’s giving value and meaning to the loneliness of all, transforming the end into beginning, defeat into victory.

A witness of Christ at the heart of the tragic century of totalitarianisms, of World Wars and exterminations, Evangelical theologian Dietrich Bonhoeffer, in the last hour of the loneliness of one condemned to death by Nazi barbarism, confided to an English military man, his companion in prison, his profound certainty: “Now is the end, for me the beginning of life.”

When one loves and offers one’s life for a greater cause of love, that loneliness is overcome and death is overcome. There the Eternal is present, with His last and victorious welcome, which the eyes of faith, expert of the Invisible, can recognize so that the heart entrusts itself.

The Path of Love

It is on the path of love–which is a broad way, never obvious or trivial–that happiness can be found. In love, we meet all those who choose, even if they belong to different faiths and cultures, to…