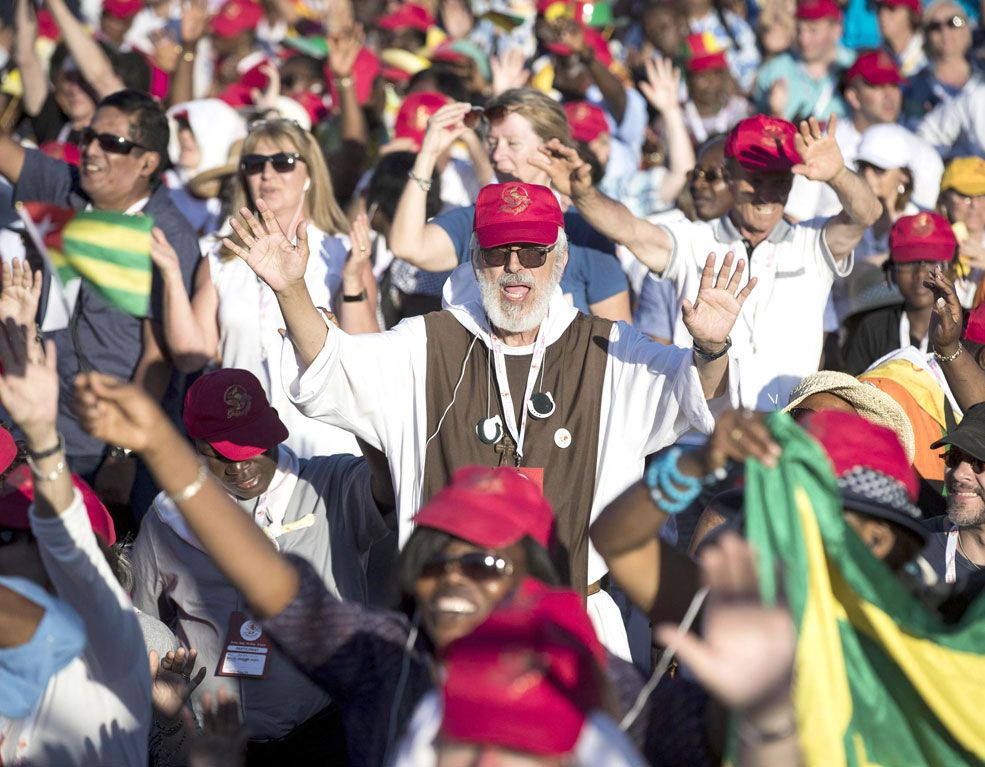 In the sixties the Catholic Charismatic Renewal Movement went through the body of the Catholic Church, bringing vitality, joy and enthusiasm. By far the largest of the movements, it is still alive and active in many countries, touching the lives of millions of people.

The Catholic faith has always believed that the Holy Spirit, the gift of the Risen Christ to His Church, is active both in the institutional aspects like the sacraments and in the spontaneous initiatives like the inspirations of the Saints, the extraordinary gifts and the miracles.

The same Spirit operates when consecrating the bread and wine in the Eucharist, infallibly answering the call of the ordained minister in the reverent silence only enhanced by the ringing of the bell, as well as when firing the special call of the mystics and their extraordinary experiences.

So, it was really not surprising that the Charismatic Renewal Movement started in the United States sometime after the conclusion of the Second Vatican Council. The novelty of the communitarian aspect and the emotional vivacity of the religious expressions gave new life to the traditional Catholic spirituality. It was also remarkable that the advocates were mainly lay people. This is how it started.

In The Pentecost Spirit

In search of a spiritual experience, professors from Duquesne University, a Catholic university in Pittsburgh, US, attended the Congress of the Cursillo movement in August 1966. While visiting, they were introduced to the book The Cross and the Switchblade, which emphasized the Holy Spirit and the Spirit’s gifts. This book became the focus of their studies and further led them to pursue the Holy Spirit.

In January 1967, professors Ralph Keifer and Patrick Bourgeois attended a prayer meeting where they received a deeply spiritual experience called the “baptism in the Holy Spirit.”

The following week, Keifer laid hands on other Duquesne professors, and they also had an experience with the Spirit. Then, in February, during a gathering of Duquesne University students, more people asked Keifer to pray over them. The people present at the chapel received the Holy Spirit and spoke in tongues. Keifer sent the news of this event to the University of Notre Dame, where a similar happening occurred, and the Renewal began to spread.

A Power Beyond All Expectations

Ralph Keifer tries to describe the new experience: “We have found ourselves on a plane of Christian life that all the textbooks call normal and all practice and expectation seem to deny. Our faith has come alive; our believing has become a kind of knowing. In brief, Jesus Christ is a real person to us, who is our Lord and who is active in our lives. Prayer and the sacraments have become our daily bread. A love of the Scriptures, a love of the Church I never thought possible, a need and a power to witness beyond all expectation, have all become part of our lives.”

All Over The World

Adherents of the movement form prayer groups called covenant communities. In these communities, members practice a stronger commitment to spiritual ideals. In addition to local covenant institutions, the Catholic Charismatic Renewal also experienced international development due to missionaries. These missionaries also experienced the “baptism of the Holy Spirit” while visiting the United States and implemented similar services when they returned home.

I experienced being prayed over by lay people in Africa, and although I never received the gift of praying in tongues, I must say that those who prayed over me were wonderful, level-headed human beings, above any suspicion of self-deception. Now that I almost completed ten years as the spiritual adviser of the Servants of the Good Shepherd’s Charismatic Community, I can testify to the sound nature of this spiritual movement that brought new vitality to traditional Catholic spirituality.

This is the incredible accomplishment of a humble Italian priest, Fr. Louis Giussani. Communion and Liberation embodies his superior intelligence and deep love for the person of Christ encountered in…