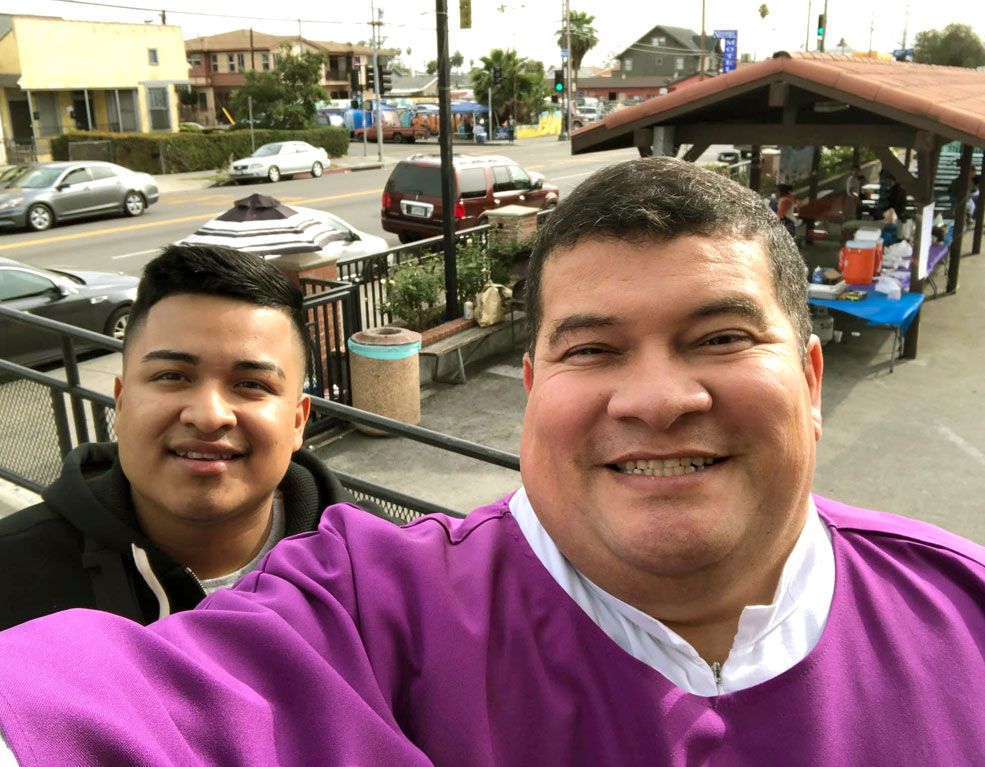 Lacking the necessary infrastructure and manpower, how does one encourage the youth who seek to become missionaries fulfill their wish? A Comboni missionary describes how he came up with what he calls a home-based seminary as a first step in discerning if one truly has a vocation.

I was assigned to be the parish administrator of the Holy Cross in South Central L.A., United States, almost six years ago. I was already a missionary priest for 15 years and had worked in Egypt, Sudan and South Africa for over 12 years. I could say that I spent my best years in the mission of my dreams, Africa! However, I was never in charge of a parish and so I did not have the experience of the priests that I met at Holy Cross, Fr. Xavier Colleoni and Fr. Robert Kleiner, who have been serving in South Central L.A. for over 40 and 12 years respectively.

The challenge of serving “my own people”, that is the Hispanic community is that being a Comboni Missionary and working at home did not feel as if I was a “real missionary.” I always thought that my service was only temporary before I could go back to my mission in Africa. Still, I was given the chance to guide this community of migrant people and I was but grateful.

As my confreres aged and their health deteriorated, I started feeling that I could not do the job alone. Sadly, there was no one in the horizon coming to take my place. So, I started sharing this concern with some parishioners and created a vocations prayer group.

One day, while reviewing the parish bulletin on my computer, I was inspired to make a prayer for vocations that we could print in a card and put copies in each bench or pew of the church to recite after the prayer of the faithful. All of a sudden young people started inquiring about the missionary vocation and how one could become a missionary.

I was not prepared for such a success and asked my confrere Fr. Jorge Ochoa what to do since he was a vocation promoter in Mexico. He was already in contact with some youth at the parishes where he goes to preach every Sunday. Next, he invited the youth in my parish who wanted to start this discernment group to pray in our Comboni Mission Center of Covina.

Over 50 young people showed up! This was getting serious and we had to take it to the next level. The discussion was forwarded to the Provincial Council and then to the Annual Assembly of all the members working in the North American Province or NAP. We decided to give it a try for vocations in the US once again. However, we did not have a structure, like a seminary or a house where the candidates could go to for discernment. We did not have a person in charge of such seminary, but we had young people wanting to become seminarians and something had to be done, something like a pre-postulancy.

We came up with the idea of accepting candidates into a home-based seminary. That is, candidates could continue their university studies or work in wherever they were employed and come together once a month for a day of prayer and formation. In this way, the candidates would get to know us better and continue discerning why they wanted to be missionaries. If a good number of them persevere in this period, the province of North America would send them to a formal place of studies called Postulancy.

In this period candidates usually study philosophy in preparation for the Novitiate, a period of two years of reflection before professing temporary vows of poverty, chastity and obedience. In other words, before they become professed religious men, one step at a time.

At Holy Cross we have three home-based seminarians: Luis, Ribaldo and Angelo.

In the following pages you have Ribaldo Herrera and Luis Salazar’s own words regarding their experiences as Comboni home-based seminarians.