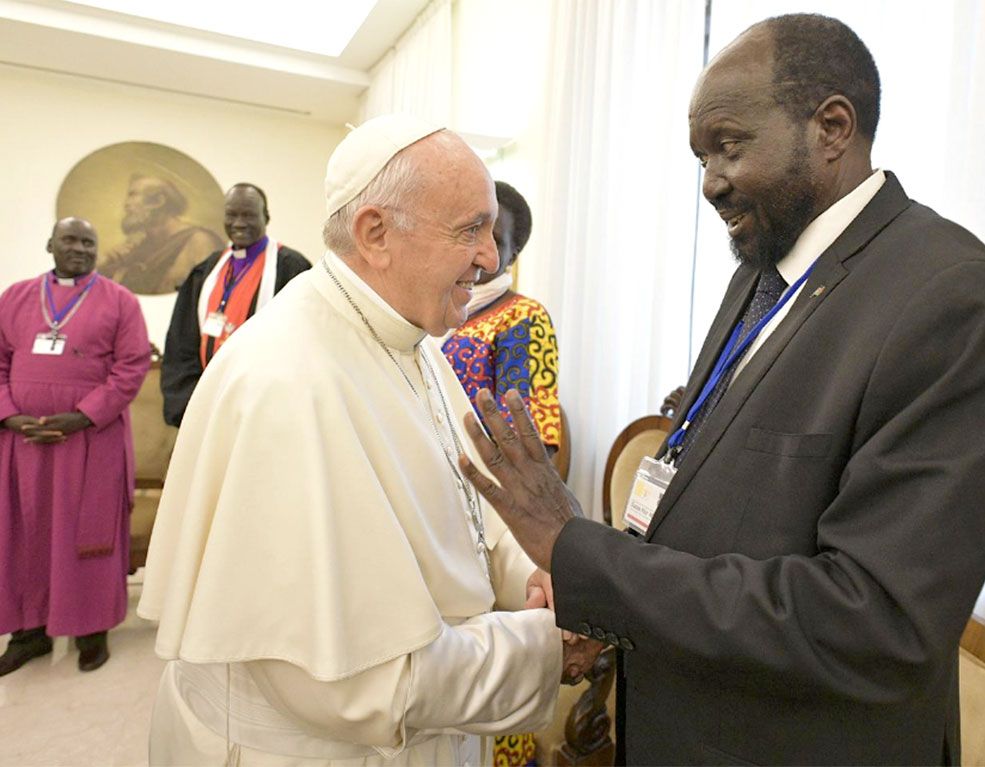 “South Sudanese were left positively stunned as they witnessed Pope Francis plead on his knees and kiss the feet of politicians of South Sudan,” says Sister Elena Balatti, a Comboni missionary in Juba, the capital of South Sudan.

At the conclusion of the South Sudan political leaders’ spiritual retreat at the Vatican, Pope Francis knelt before them imploring consideration for the future of the new State while kissing the feet of President of the Republic, Salva Kiir Mayardi, and of the Vice Presidents elected, among whom are Reik Machar and Rebecca Nyandeng De Mabior.

“We were all moved by the Pope’s insistence in reminding the politicians of their duty to the people that are suffering dearly, that have experienced numerous losses, without mentioning those who have had to leave the country,” concludes the missionary.

CHINA – VATICAN: Hopes for an agreement

The Vatican Secretary of State, Cardinal Pietro Parolin (in photo), confirmed that “there are many hopes and expectations for new developments and a new stage in the relations between the Apostolic…