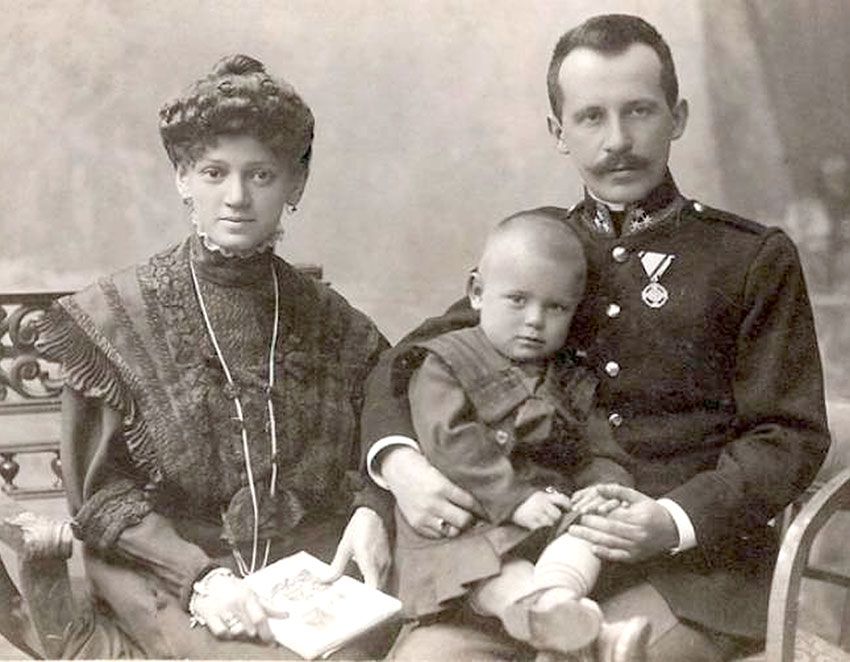 Unshakable faith in the Lord, devotion to Mary, the spirit of sacrifice, and the commitment to one’s neighbor, even at the risk of one’s own life–Karol Wojtyła encountered all those characteristics in his own family that were then developed in his own life, and in an extraordinary way, in his Pontificate.

In his “service to the People of God, Saint John Paul II was the Pope of the family.” These words of Pope Francis during the canonization of Karol Wojtyła and Angelo Roncalli on April 27, six years ago, have a special meaning today on the occasion of the centenary of the birth of the holy Polish Pope. In fact, celebrating the beginning of his earthly life naturally leads us to want to “meet” his family, to try to discover the “secret” of his parents.

Their cause for canonization began last May in Poland. Simply reading the basic biographical data of his mother, Emilia, and father, Karol, after whom he was named, one can understand how deeply their witness impacted the personality of the future Pope.

Without a doubt, it can be said that the pillars of his priestly, and then pastoral ministry first as the Archbishop of Krakow, and then as Bishop of Rome, were laid down in the early years of his life in Wadowice, a small town in the far south of Poland, where he was born on 18 May 1920.

“Over this your white grave the flowers of life in white–so many years without you–how many have passed out of sight?”

These poignant words, dedicated to his mother in a poem written in Krakow in the spring of 1939, emphasized the tragedy for young Karol Wojtyła of his mother’s death. It occurred when the future Saint was only nine years old. Emilia, whose health was poor, had completed her pregnancy amidst a thousand difficulties, even though doctors had advised her not to continue with it. Her constitution had been so severely compromised that the nine years after his birth were punctuated by continuous hospitalization and constantly ebbing strength until her death.

Defense of Human Life
The passionate defense of human life, especially in conditions of fragility–one of the distinctive traits of Wojtyła’s petrine ministry–thus found inexhaustible nourishment in that maternal love. It is natural to think that the figure so dear to him, Gianna Berretta Molla (whom he beatified in 1995 and then canonized in 2004), reminded him of the example of his mother, who, to protect the life of her son, sacrificed her own.

Significantly, the people of Wadowice have dedicated to Emilia Kaczorowska Wojtyła a “Home for Single Mothers.” This work aids women who, despite difficulties, choose to safeguard the fruit of their maternity. During his visit to his native land in June 1999, Pope John Paul II said, “I am grateful for this great gift of your love for the human person and your concern for life.”

He continued, “I am all the more grateful because the Home is named after my mother, Emilia. I believe that she who brought me into the world and filled my childhood with love will also watch over this undertaking”.

Martyrdom to Duty
Three years after his mother’s premature death, another deep sorrow struck the Wojtyła family: the tragic death at the early age of 26 of Edmund, the beloved older brother that Karol had looked up to with admiration. Edmund was an exceptional figure, whose life recalls, in our day, the heroism of so many doctors and nurses who risk their lives to treat victims of the coronavirus.

Edmund was a doctor serving in Poland who gave his life treating a young girl with scarlet fever–a disease for which, at the time, there was no vaccine. The young doctor knew the possible consequences, but like the Good Samaritan, he did not count the cost to himself but was concerned only to care for those in need.

As the future Pope recalled many years later, Edmund’s death was a shock for him, not only because of the dramatic circumstances that surrounded it, but also because Karol had grown more mature since the death of his mother. The example of his brother’s “martyrdom to duty” remained engraved in Karol Wojtyła’s memory forever. It was Edmund who had encouraged him in his studies, taught him to play sports, and, with their father, raised young Karol after their mother’s death.

And so at the tender age of twelve, Karol found himself alone with his father, a career soldier in the Polish army. His father was a good and serious man, whose faith, despite so many personal tragedies, remained unshaken. He “accompanied” his only remaining son as he grew to adulthood, forming his personality by teaching him–above all by his own example–values such as integrity, patriotism, and love for the Virgin Mary that became almost second nature to the younger Karol Wojtyla.

When, after having become Bishop of Rome, he recalled his father in a conversation with his journalist friend, André Frossard, he was deeply moved. “My father was wonderful,” he said, “and almost all my childhood memories refer to him.” The Pope then pointed out that the many sorrows his father had experienced, rather than causing him to turn in on himself, had instead opened up “immense spiritual depths.”

“His pain became prayer,” the future Saint said. “The simple fact of seeing him on his knees in prayer had a decisive influence on my formative years”. It had an influence, too, on his priestly vocation. In his autobiographical work, Gift and Mystery, published for the 50th anniversary of his priesthood, John Paul recalled that, with his father, “there was no talk of a vocation to the priesthood. But his example for me was in some way the first seminary, a sort of domestic seminary.”

And in his book-length interview, Crossing the Threshold of Hope, John Paul remembered a book given to him by his father which included a prayer to the Holy Spirit. “He told me to recite it daily,” he confided to Vittorio Messori. “So from that day on, I’ve tried to do so. Then I understood for the first time what Christ’s words to the Samaritan woman about true worshippers of God–that is, about those who worship Him in spirit and in truth–really meant.”

“Saints Next Door”
The years of his maturity were decisive for Karol’s total entrustment to the Lord and His Mother. As a young man he was studying in the university when the Nazi occupation occurred. The sufferings of his family intertwined and merged, becoming one with those of the Polish homeland. At the age of 21, the future Pope also lost his father, who died on a cold winter night on February 18, 1941, perhaps the most painful day in his life.

Karol Wojtyla was alone in the world. And yet thanks to the love, the example, and the teachings of his parents and his brother–those “saints next door” (as Pope Francis might say)–he knew that there is a h­­ope that no illness, and not even death, can overwhelm. In the long journey of his life, in his travels throughout the world proclaiming the Gospel, Karol Wojtyla always had his family with him. Like his mother, he defended life with courage. Like his brother, he spent himself for others until the end. Like his father, he was not afraid, because he opened himself to the doors to Christ.  Published in Vatican News

Have you ever needed a helping hand? Have you extended needed help without being asked? There are times in our lives when we are unexpectedly shown random acts of kindness. Be one of them. Be a…

A Time for New Beginnings

New Year is the time for renewed hope. We reflect on the previous year to have something better to look forward to. A new beginning unfolds with an open chapter in our lives laid out before us.

In Indonesia, with its mainly Muslim population, seminaries are overcrowded with candidates. On the island of Flores lies the world’s largest seminary. More than 1,000 students study at Ledalero, and…