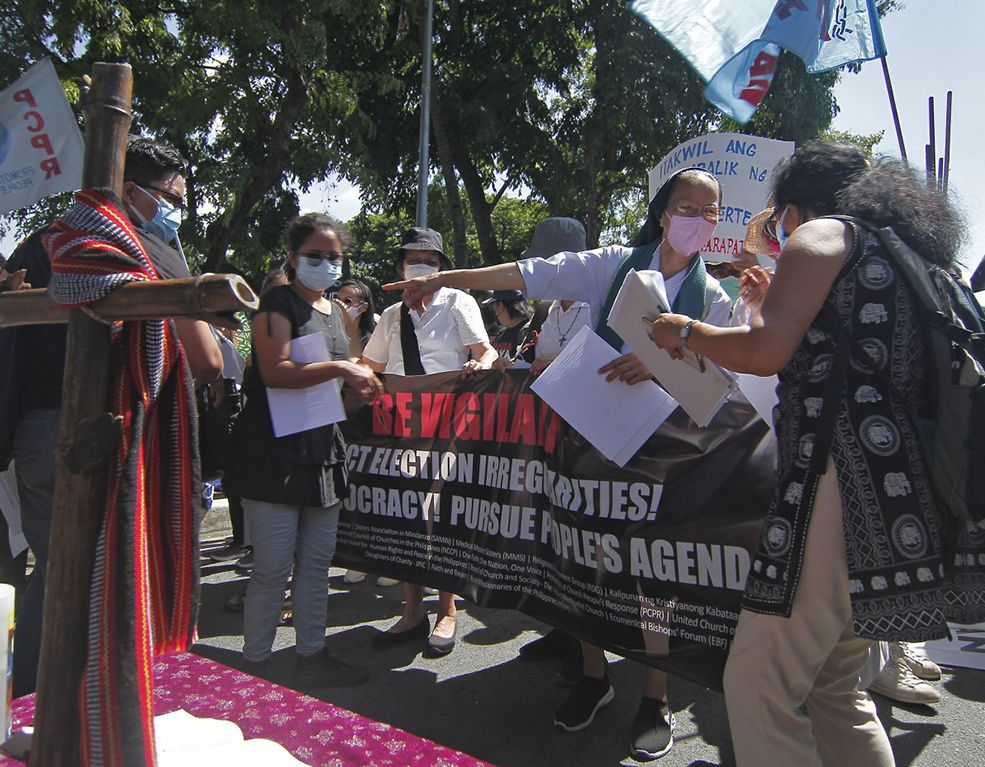 50 years after Ferdinand Marcos Sr. made himself a dictator by declaring Martial Law, his only son was formally inaugurated as the 17th President of the Philippines, after 31 million-plus Filipinos gave Marcos Jr. the strongest electoral mandate any president could dream of.

Extending the hand of reconciliation to the opposition, the new president has called for national unity and cooperation for the success of his administration. Yet, beneath the rhetorical speeches and ceremonial jubilation–earlier the United States, China, Russia, Japan, Australia, Israel, and other new global partners have [politely] expressed willingness to work with the new administration–one can feel, almost touch, an atmosphere of grave concern that is quite persistent among those who know the Marcoses’ open secrets.

A second Marcos presidency still baffles the mind not only of the opposition but also of the international community and some global observers who remember history and its lessons. By and large, any preview of what will happen next in a second Marcos regime is not clear at the moment as students and other groups continue their protests.

Will it lead to a weaker check and balance in the government, a fresh attempt to change the 1987 constitution that conveniently includes the extension of the presidential term, steps that Duterte repeatedly attempted during his regime?

Questions
How will the new administration deal with Martial Law victims and relatives who sought accountability for all the Marcos abuses, for which no one of the Marcos family has acknowledged and apologized?

One can surmise that since their return from exile in 1991, the Marcoses have been slowly restoring the family’s broken image by all means available, including the skillful manipulation of the weaknesses of the past administrations and the opposition. Remember the return and burial of Marcos Sr. to the Libingan ng mga Bayani? Imagine too the genius of exploiting the “collective amnesia” of the old about the past and the gullibility of the youth.

For three decades, motivated with one focused aim to return to power, it appears that the Marcoses and their minions have mastered the science of manipulative influence, which included the setting up an expensive PR department, a well-oiled army of trolls, and humongous fake-news agencies, all ready to dismantle obstacles along the way.

Awakened Movement
Was it General Electric top executive Jack Welch (1935-2020) who said: “Face reality as it is, not as it was or as you wish it to be”? Well, Leni Robredo did just that. But as soon as she finished telling her supporters to respect the will of the majority, she announced, Di pa tapos ang laban, “the fight is not yet over!”

In a thanksgiving Mass at the Ateneo campus in Quezon City, Robredo vowed to raise the largest and widest volunteer network in the country that will continue to serve the neediest and poorest. During the election period, “we saw people volunteering their time, money, and themselves for something beyond them. And it was wonderful. God showed us that if we get together and work together, things can happen,” said Bishop Reynaldo Evangelista of Imus.

Compared with the people-power that ousted the dictator in 1986, this awakened movement led by Robredo vowed to fight lies and defeat the corrupt and feudal politics in the Philippines. It seems that Robredo’s candidacy inspired a movement of progressive, passionate, and educated youth who are willing to learn from the lessons of history and continue the fight against lies, injustice, and poverty.

Vatican Council II has taught the Catholic faithful to think of themselves as the People of God and not the passive followers at the bottom of the pyramid. As Pope Francis has explained in 2013: “Lay people are, put simply, the vast majority of the people of God. The minority–the ordained ministers–are at their service” (Evangelii Gaudium, n. 102).

Should The Bishops Be Worried?
With due respect, I repeat here a question I posed before the election: Is it the enlightenment of the faithful and the wisdom and credibility of Church leaders, or lack of these aspects that, after everything has been said and done, pushed 31 million-plus Filipinos–80 percent of whom are Catholics–to choose Marcos Jr. as the 17th Philippine President?

Yes, the “lay people are the vast majority of the People of God,” according to Pope Francis. However, if we translate this into the Philippine experience of May 9, 2022, it may be interpreted that the Catholic Church or the People of God disregarded the guidance of the ordained ministers or the Catholic hierarchy and chose the return of a Marcos and a Duterte to the pinnacle of power.

In this sense, the Marcos-Duterte win is symptomatic of a bigger problem within the Roman Catholic Church in the Philippines, the Church we dearly love.

The Marcos-Duterte win may be construed that the majority of Catholics are fed up with tens of thousands of ordained clergy, seminarians, and nuns directly engaging themselves in politics and explaining the morality of politics, which for them is tantamount to an elite but negative group that is constantly “hypocritically moralizing.”

We recall that for the first time in Philippine Church history, the bishops and priests publicly endorsed Robredo and Pangilinan who they believed stand for the Christian core values and principles.

But it may seem that 31 million-plus Filipinos rejected the prophetic duty exercised by bishops and priests in the evangelization of politics and ditched altogether the firm stand of the 1,200-member Clergy for the Moral Choice regarding “the return of the family who caused us misery and pain.”

“Filipino Catholics, in my own research, tend to be turned off whenever their priests venture into politics,” said Dr. Jayeel Cornelio, Associate Professor and the Director of the Development Studies Program at the Ateneo de Manila University.

The fact remains that the 31 million-plus Filipinos, 80 percent of whom just jubilantly celebrated the quincentennial of the arrival of Christianity and presumably attended several Sunday masses and heard the homilies before the election day, chose the opposite of what bishops and priests have taught. It worries me a lot that for 31 million-plus Filipinos what the Catholic hierarchy said didn’t matter at all.

In the Philippines, the presidential personages who appeared twice were Diosdado Macapagal and his daughter, Gloria Arroyo; Corazon and her son, Noynoy Aquino; and Ferdinand Marcos Senior and Junior. Most likely, Rodrigo and his daughter Sara Duterte-Carpio might become the “presidential” personages appearing twice.

Marcos Jr. and Sara are “the offspring of two strongman rulers,” Aries Arugay said. “Can we expect restraint and inclusive government? You don’t need to be a political scientist to answer that question,” he concluded. Arugay is a political science professor at the University of the Philippines in Quezon City.

The 31 million-plus Filipinos might not have thought much about it, but the long-term outlook of democracy in the country is worrisome. For one, the Marcos Uniteam’s consistent antagonism to all who questioned the past was apparently a discouraging indicator on how Marcos Jr. and Sara Duterte will relate with the opposition and the critical media in general.

The fate of civil rights and democracy itself hangs in a balance, both of which were damaged tremendously under Marcos the dictator and Duterte the executioner of suspected drug dealers. Marcos Sr., for his Martial Law atrocities, and Rodrigo Duterte, for his infamous war on drugs (WOD), have been condemned locally and globally for violations of human rights. Will Marcos Jr. and Sara Duterte be different?

Plunder, graft, and corruption are persistent problems in the Philippines. Will these crises be solved under an infamous family with an opprobrium of kleptocracy, a family aligned with other dynasties and families equally disgraced by such serious allegations?

A landslide victory cannot erase the sad memories of the past and should not be a license to sanitize history. I am dead sure that awakened movements of enlightened Filipinos will not allow it. It’s going to be a rough road for the next six years for Marcos Jr. as leader and the Filipino people.

In one statement read by his spokesman, Atty. Victor Rodriguez, President Marcos Jr. asked the people to give him a chance. “Judge me not by my ancestors, but by my actions,” he said.

Every Filipino is a child of God, including Marcos Jr., and God cannot disown anyone of His children. It’s Godly to pray for all Filipino leaders as we give them a chance. We also pray for truth, justice, and integrity to reign, eventually paving the way for healing and national unity, so that we can move on into “a better kind of politics… where political love” is promoted, as urged by Pope Francis in his encyclical Fratelli Tutti.

A Filipino designer’s work took center stage at the London Fashion Week. This was no easy feat.  Even with a decade of experience, Happy Andrada still got nervous. “It’s one of my biggest shows ever…