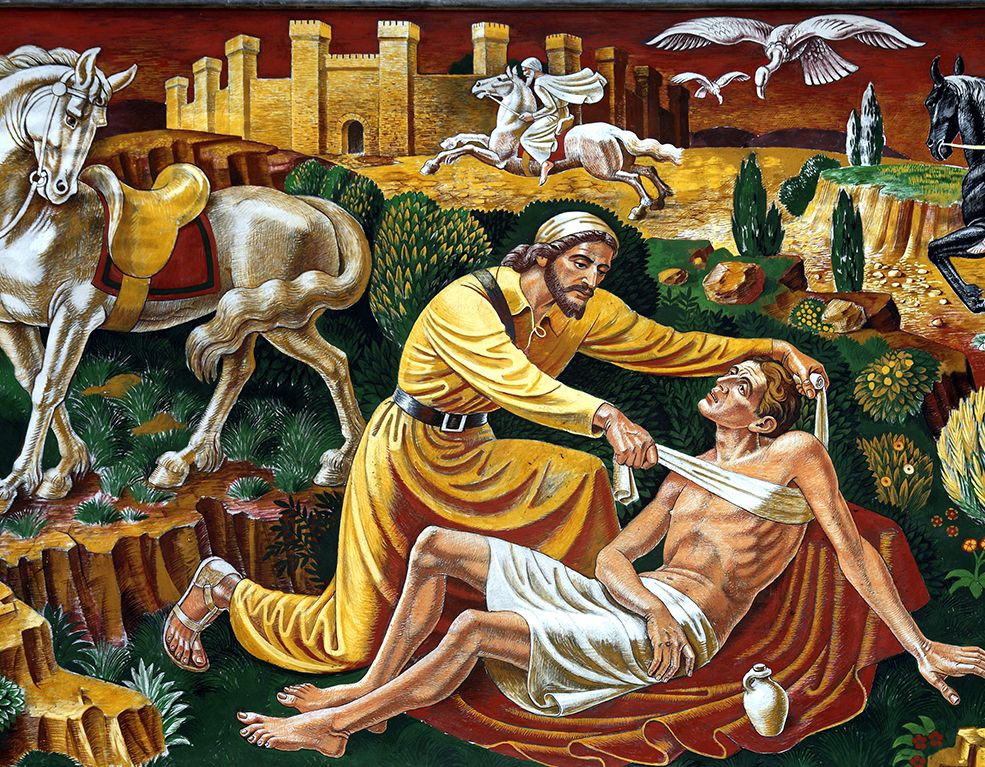 Evangelical Principle of Generosity and Sharing

Jesus brought a revolution aimed at changing the hearts of people. This revolution is based on the evangelical principle of generosity and sharing which Pope Francis developed in the second chapter of his encyclical letter Fratelli Tutti.

In the previous articles, we reflected on chapter one of the encyclical letter in communion with Pope Francis. We have considered the trends that hinder the realization of the dream of ‘universal fraternity and social friendship.’ Moreover, we have considered the causes of those trends according to the considerations of the Pontiff. In the first number of chapter two (n. 56), Pope Francis writes to guide his readers with his words: “The previous chapter should not be read as a cool and detached description of today’s problems, for ‘the joys and hopes, the grief and anguish of the people of our time, especially of those who are poor or afflicted, are the joys and hopes, the grief and anguish of the followers of Christ as well. Nothing that is genuinely human fails to find an echo in their hearts.’”

As we go through chapter two, we allow ourselves to be enlightened by the Word of God to see what we should do to be living instruments for the creation of a better world. I would like to introduce the thoughts of the Pontiff about the parable of the Good Samaritan, presenting briefly the revolutions we have had in the world throughout the centuries.

Generosity And Sharing
Humankind has seen several revolutions. Many took place to change structures and systems and caused bloodshed with mixed results. Other revolutions aimed at changing hearts, and made life richer, more dignified, and more real. They left a positive mark on history. The revolution brought by Jesus belongs to this second group. It is based upon “the great evangelical principle of generosity and sharing” wanted by God, recognized by the followers of Christ Jesus, and practiced by people of goodwill. A person who accepts this principle within human relationships says to all his/her brothers and sisters: “What is mine is also yours, and I will share with joy all that I have.” This principle of generosity and sharing is what Pope Francis has wanted to proclaim and promote in the second chapter of Fratelli Tutti through the Parable of the Good Samaritan. Promoting this principle, the Pontiff and we, in communion with him, mean to say a big NO to two other principles that are against the Gospel and lead to death. The first is the principle of selfishness and isolation that can be expressed this way: “What is mine is mine and woe to anyone who touches it.” The Gospel of Luke has a parable of Jesus that strongly depicts the above principle (Luke 12:16-21).

The parable describes a very rich man who is convinced he can be very happy by controlling his life and everything in it, because of the abundance of his goods. But God said to him: “You fool! This very night your life is being demanded of you. And the things you have prepared, whose will they be”? Pope Francis has strongly disapproved of this principle as it hurts people and leads to death. The second principle, which I would call “The principle of the robbers”, could be expressed in these words: “What is yours is mine, and if you do not give to me, I will take it by force.” This principle was described in the Parable of the Good Samaritan and commented upon in the second chapter of the encyclical letter.

Care For One Another
Pope Francis says: “In the attempt to search for a ray of light in the midst of what we are experiencing… I now wish to devote a chapter to a parable told by Jesus Christ two thousand years ago. Although this Letter is addressed to all people of goodwill, regardless of their religious convictions, the parable is one that any of us can relate to and find challenging” (n.  56). It deals with human relationships. It also makes us understand that we are called to care for one another, to obey God’s plan of salvation for all, and to respect the human dignity of every person.

At this point of the Letter, Pope Francis presents two steps in the process of growth in the commandment of love:

May Mary intercede for us so that we may become lovers of all with deeper meaning and greater intensity. In order to become loving in this way, we all need the energy of the Holy Spirit. God knows this and His desire to strengthen us is always translated into a great gift of generosity. In our next article, we will continue analyzing this second chapter of Fratelli Tutti.

Evangelical Discernment for a Better World

Pope Francis notes that the practice of Evangelical Discernment helps us in building a better world. This practice consists in the scrutiny of the signs of the times, the interpretation of these in…

We Are All Brothers And Sisters

The Encyclical Letter Fratelli Tutti, signed by Pope Francis in October 2020, is about universal brotherhood and social friendship. In this encyclical, the Pope invites every person to understand the…