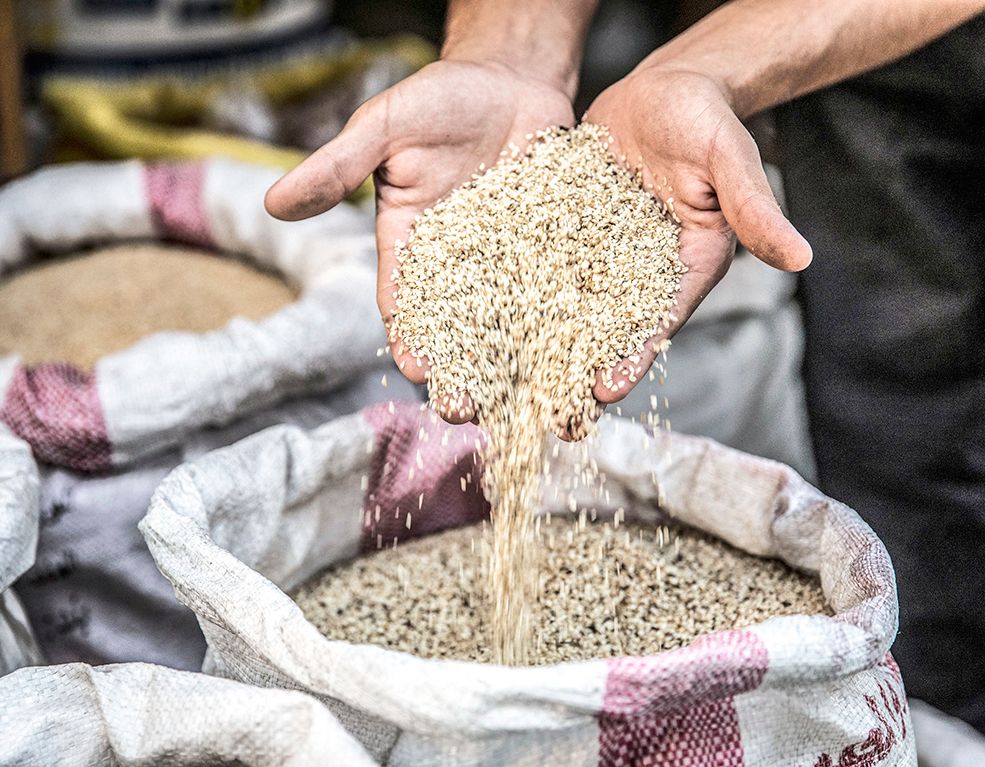 At least 50 countries depend on wheat produced by Ukraine and Russia to feed their populations. Most of them are in Africa, the Middle East, and Asia, where there are even more inhabitants and even less water and arable land.

North Africa
The war in Ukraine may pose an existential threat to some economies and populations in North Africa (Egypt, Libya, Sudan, Tunisia), according to humanitarian organizations. In Egypt, the world’s largest importer and also the largest buyer of wheat from Russia and Ukraine, more than 70 million people depend on subsidized bread.

If prices continue to rise, Abdel Fateh El Sisi’s regime is unlikely to go through with its plan to cut bread subsidies as it risks protests like those that toppled the dictator Hosni Mubarak in 2011. In unsubsidized bakeries, the price has increased by about 50%. Libya, which used to buy more than 40% of its wheat from Ukraine, saw prices for this essential commodity rise by more than 30% a week after the Russian invasion. After more than a decade of conflict, the implosion of the central government, and the emergence of several warlords, at least 12% of Libyans, or more than half a million people, will need aid by 2022, according to WFP.

Sudan, where rising bread prices also contributed to the fall of a tyrant, Omar al-Bashir, in 2019, is the most vulnerable country to the consequences of Russia’s invasion of Ukraine, which supplied about 87% of its cereals, according to FAO. Inflation due to currency devaluations and decreased subsidies has reached 250%. In Khartoum, the capital, the price of a loaf of bread, which was two Sudanese pounds two years ago, is now 50. The United Nations estimates that almost 1/3 of the population, or more than 14 million people, will need humanitarian aid this year. Those in the most vulnerable situation are the 3.3 million internally displaced people in the Darfur region.

Meanwhile, Tunisia is facing a serious political crisis and an economy on the verge of bankruptcy, crippled by years of inflation, unemployment, and public debt. Russia’s invasion of Ukraine, the country where 50% of its wheat comes from, has pushed prices up to their highest level in fourteen years. There are also shortages of rice, semolina, sugar, and flour, which are staple foods.

Sahel
In the Sahel, which includes some of the poorest countries in the world (Burkina Faso, Chad, Mali, Mauritania, Niger), hunger threatens 35 million people in 2022 if they do not receive aid, warns the organization Action Against Anger. This is a significant rise from 2020 (15 million) and 2021 (27 million). Including the 17 West African and Sahelian states plus Cameroon, the OECD predicts that 40.7 million people will face a food and nutrition crisis by June, aggravated by the impact of the war in Ukraine on the price of basic commodities-a significant increase from 28.9 million in 2021. What lies ahead in the Sahel, where health centers are overflowing with malnourished children, could be the biggest food crisis in a decade, says WFP. The region is struggling with many demons: intercommunal violence, jihadist threats, and foreign military operations that have displaced more than nine million Sahelians; coups; extreme droughts and rains, biomass degradation, poverty, and pandemic.

In the Sahel, where rapid population growth has doubled since 2000 and is expected to double again by 2050 (from 92 million to nearly 200 million), there is less and less to eat and drink but more and more people to feed.

Middle East
Three UN agencies-FAO, WFP, and UNICEF-sounded the alarm on March 14, less than a month after the Russian invasion of Ukraine: the famine crisis in Yemen is approaching catastrophe-level with 17.4 million people already in need of urgent food aid, a number that could rise to 19 million between June and December.

There are at least 2.2 million malnourished children, almost half a million of them life-threatening, as well as 1.3 million pregnant or nursing women. In a country that was 30 percent dependent on wheat imported from Ukraine, prices have increased fivefold compared to 2015. A war that has been going on for seven years and has killed hundreds of thousands of people is the main cause of the famine: about 80% of the approximately 30 million Yemenis need assistance to survive.

In Syria, dependent on wheat from Russia, about 90% of the population lives in poverty after eleven years of an endless war. There are four million people who are food insecure. In Lebanon, about 80% of the wheat imported in 2020 came from Ukraine and another 15% from Russia, official data indicate. After the explosion of a storage silo in the port of Beirut two years ago, the country’s reserves were reduced to one month. The situation is dramatic, all the more so since 80% of the population now lives in poverty.

Afghanistan
WFP estimates that about 95% of Afghanistan’s 38 million people have neither enough food to eat nor the money to buy it. Some 23 million–more than 55% of the population–people already go hungry. The war in Ukraine is “a disaster,” not only because it “diverts resources, sympathy, and attention deserved by millions of Afghans who need funds, food, and protection from human rights abuses,” but also because it “will benefit the Taliban, who will take advantage of the world’s distraction with another aggressor to consolidate their power,” the United States Institute for Peace analyzes.

Although the main supplies of wheat to Afghanistan come from Kazakhstan and Uzbekistan, the rising prices of essential goods and fuel could increase the cost of humanitarian assistance by 20%. A sack of flour costs the equivalent of 26 euros, but most Afghans now live on 1.75 euros a day. Unicef estimates that more than one million Afghan children under the age of five are at risk of dying of malnutrition; 3.5 million need food aid. UNDP warns that the incomes of 97% of Afghans will fall below the poverty line this year.

East Africa
Before Russia’s war in Ukraine-countries that supply 90% of the wheat consumed in East Africa-at least 28 million people in Ethiopia, Kenya, Somalia, and South Sudan faced real danger of severe starvation as a result of local conflicts, the worst locust plague in seventy years, diluvian flooding, and a drought unprecedented in four decades.

Now, because food prices, already exacerbated by the effects of COVID-19, have increased by 80% since the Russian invasion, a catastrophe is feared, warns the British humanitarian organization Oxfam. Ethiopia is experiencing its most severe food insecurity crisis since 2016, with more than 30 million people in need of assistance. One week after the Russian invasion, the price of sunflower oil, for example, increased by 215%.
In the Somali region in the East, 3.5 million people do not have enough water and food. In the Tigris region in the North, with nine million in need of aid, the situation is even more critical due to a civil war that started in 2020. In Kenya, heavily dependent on Russian and Ukrainian wheat, prices have increased from $345 to $550 a ton after a 70% drop in harvests. At least 3.1 million people are in acute hunger.

In Somalia, which imports almost all its cereals from Ukraine or Russia (the price of flour has increased by more than 50%) and where 90% of the territory faces severe drought, 4.3 million people are starving. At least 2.3 million have been forced to leave their homes in search of sustenance. Almost half of all children under the age of five are malnourished. In South Sudan, WFP warns that this year could be the worst hunger crisis ever: more than 70% of the population is struggling to make ends meet in a country created in 2011 and where food insecurity has reached unprecedented levels, caused by conflict and climate shocks, the COVID-19 pandemic and steadily rising prices.

Compassion: A way of dialogue for Asian cultures

Asia is known for its rich cultural diversity as well as its myriad of religious beliefs and persuasions. In the midst of these innumerable influences, a common theme, seemingly the backbone of most…